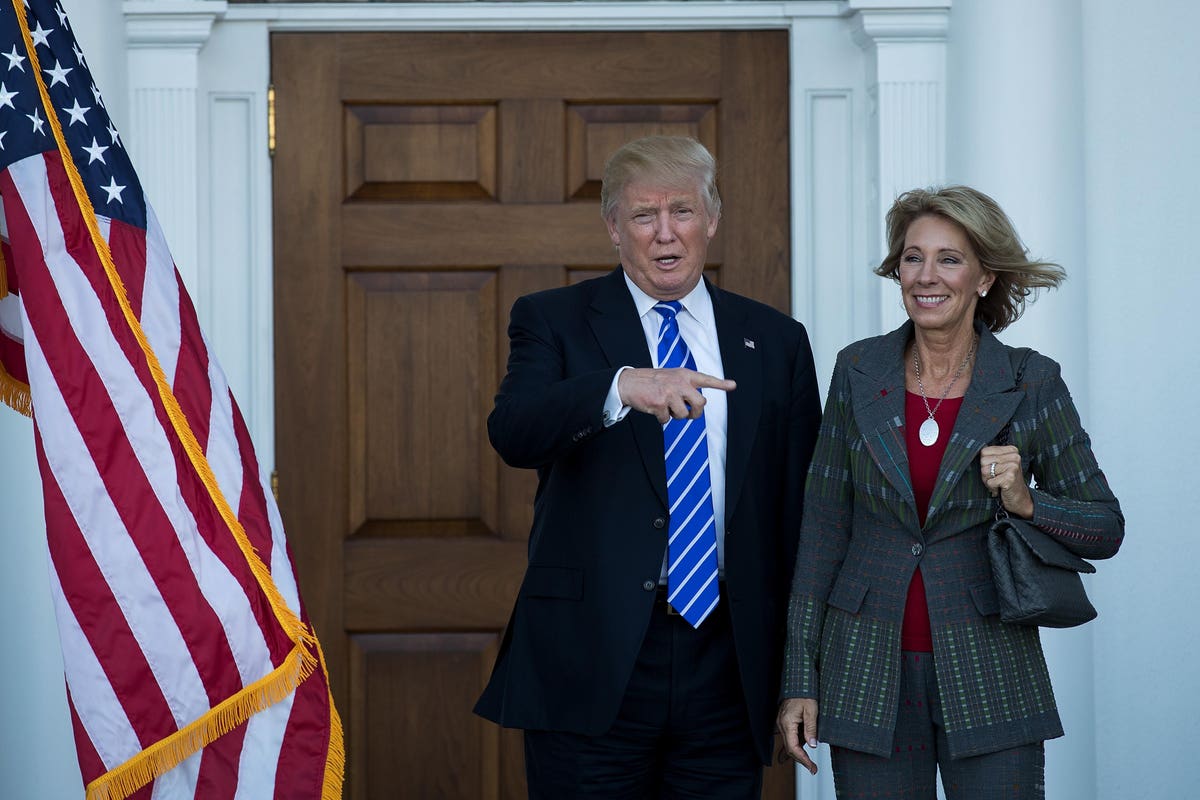 Earlier this week, President Donald Trump’s campaign released his second-term agenda. Up until this point, the campaign only had a “Promises Kept” website with few details; the Republican Party didn’t even adopt a platform.

But this agenda is also scant with details. The website just has a bulleted list of priorities. In fact, for education, it only includes two bullets: “Provide School Choice to Every Child in America” and “Teach American Exceptionalism.”

But what he did include should come as no surprise. Trump and Education Secretary Betsy DeVos have made “school choice” a primary priority throughout their time in office, consistently pushing charter schools and vouchers for private schools. They have campaigned and fought for money From Congress for private schools and charter schools. In fact, DeVos even diverted coronavirus relief money to private schools, a practice causing judges to rebuke her. Earlier this summer, Trump even made a speech calling school choice the “civil rights statement of the year.”

During the first few nights of the Republican National Committee Convention, school choice has been a topic of choice by many of the speakers. On the first night, Rebecca Friedrichs—a teacher and school choice advocate—spoke in support of charter schools and against teachers’ unions and restorative justice discipline policies. That brought blowback from Randi Weingarten, the head of one of the most influential teachers’ unions.

And that was just the beginning. Donald Trump Jr. and Senator Tim Scott also spoke against unions and for school choice. Former South Carolina Governor and former Ambassador to the United Nations Nikki Haley joined them in promoting school choice.

Republicans have also been major proponents of education that promotes the idea of “American exceptionalism” for some time. In many schools, this is already the case as it is written into many textbooks. Senator Tom Cotton has been very critical of moves to teach the story of the landmark 1619 Project from Nikole Hannah-Jones. He even introduced legislation to ban the teaching of it, as he disagrees with its critique of the founding fathers for preserving slavery.

It’s unclear why the Trump campaign hasn’t offered a larger vision around education. We’ve seen examples of how anti-teacher and anti-education rhetoric has backfired in elections, even in red states. And his lack of details is in stark contrast to the numerous plans Joe Biden has introduced around education, including student debt, early childhood education, and more.