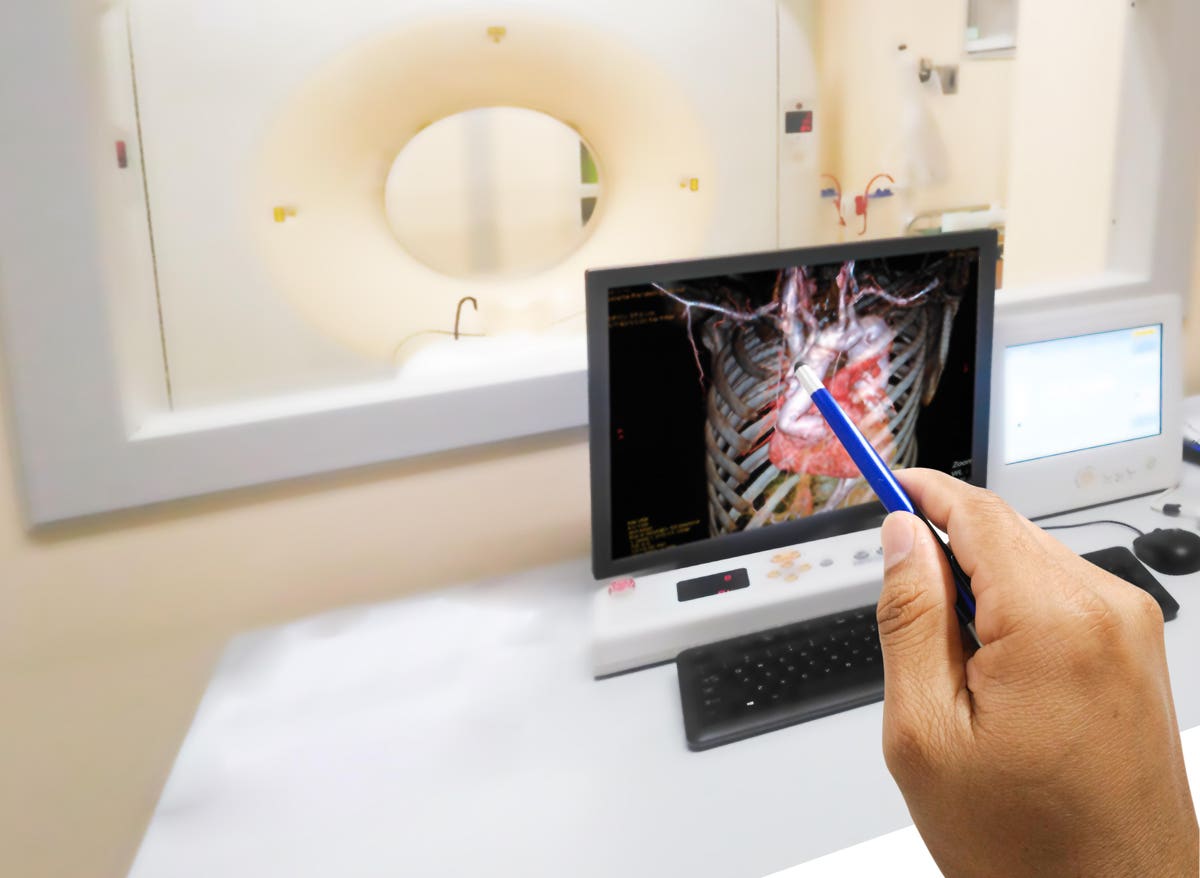 A type of artificial intelligence known as deep learning can accurately use CT scan images to pick up blockages in the arteries that supply blood to the brain, which cause a large percentage of strokes.

The researchers aim was to reduce the amount of time to diagnosis as much as feasibly possible as it is vital to treat these blockages quickly.

“Minutes matter in this time-sensitive diagnosis,” says study lead Matthew Stib, a radiology resident at the Warren Alpert Medical School at Brown University in Providence, Rhode Island. “Every minute that we reduce the time [to treatment] extends the patient’s disability-free life by a week.”

A type of scan called CT angiography is the standard method to detect these blockages, which takes a few minutes to complete. However, normally a trained radiologist is required to identify them and when hospitals are busy or don’t have resident experts this can take valuable time.

With the aim of reducing the time to treatment of these patients, Stib and colleagues worked with the computer science department at Brown University to develop an open source algorithm, deep learning system to evaluate CT images to look for large vessel blockages.

After first training the system on hundreds of CT images taken from patients with suspected stroke, the researchers carried out a test simulation including 62 patients to see if the system could correctly identify the patients who had arterial blockages.

The deep learning system was only moderately accurate at picking up large vessel blockages when it analysed single-phase images. However, the accuracy went up significantly when multiphase images were used. It managed to pick up 100% of the patients with blockages successfully, although the system also falsely categorized several people in the negative control group as having blockages (7 out of 31).

“These results are quite promising,” says Stib. “We really wanted to optimize the sensitivity of the model so that we were sure that we picked up every single case because missing a case has pretty dire consequences.”

Stib notes that while deep learning has been used to assess CT angiography images before, this is the first time that multiphase CT images have been assessed using a deep learning system. It is also the first time, to his knowledge, that the algorithm used has been open source so that other researchers can also use and develop the system should they wish.

The team now plans to validate the system further by testing it in their hospital to see if its accuracy holds up in an emergency setting in a larger group of patients. If it is successful then it could be rolled out to other hospitals and clinics to help aid speedy diagnosis for patients admitted with suspected stroke.

“This algorithm is not replacing the ability of radiologists to do their job; rather, it’s trying to speed up the time to diagnosis…If the radiologist isn’t around or there is a large workflow that is preventing someone from looking at the exam results quickly, there will be an alert that says an occlusion may be present and someone should look at this,” explains Stib.

“I think the future radiologist will need to embrace this new technology and realize its potential added value in increased efficiency and accuracy.”