As the COVID-19 pandemic continues to spread, several vaccines are undergoing clinical trials. However, the current evidence shows that T cell immunity is necessary to provide robust and durable protection against reinfection with severe acute respiratory syndrome coronavirus 2 (SARS-CoV-2). This means that the epitopes specific to the virus which are capable of eliciting this type of response across the most significant number of people need to be identified.

A new study by researchers at The Hong Kong University of Science and Technology and published on the preprint server bioRxiv* in August 2020 collates the available database of SARS-CoV-2 T cell epitopes gathered from 8 studies of COVID-19 patients who recovered. This could serve as a launchpad to fill in knowledge gaps regarding the immunological aspects of this disease, and drive towards an effective T cell vaccine. 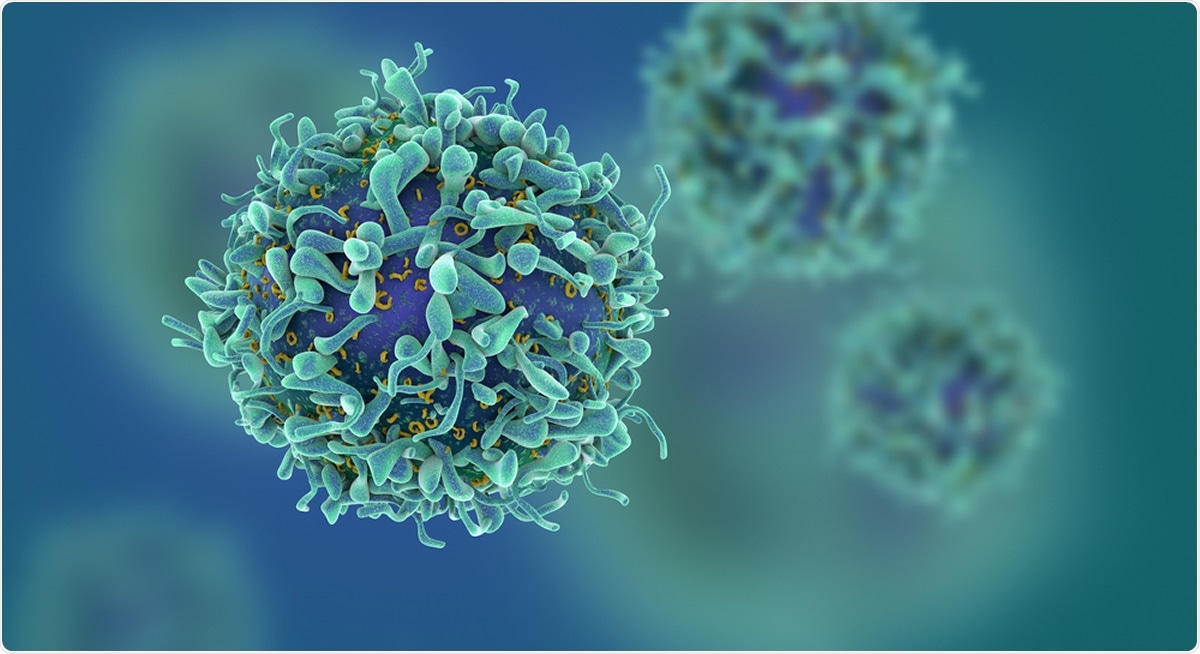 Early studies show that severe disease is associated with less intense T cell responses, but this needs to be validated on larger groups. In convalescent patients, T cells specifically targeting this virus have also been detected at 3 months after infection, supporting the role of these cells in providing specific and lasting immunity. In the case of SARS-CoV, T cells have been found up to 11 years after infection.  Antibodies, on the other hand, seem to dwindle to undetectable levels within a few months of infection in COVID-19 and in SARS-CoV, a few years following infection.

The studies on T cell epitopes so far have been done using bioinformatics approaches in the earlier phase of the pandemic, but recent experimental evidence has accumulated in this area. This allows a greater understanding of these responses. The current paper presents a summary of the T cell epitopes identified from over 1,200 convalescent COVID-19 patients

Number and Position of Epitopes in the Proteome

The researchers counted about 300 unique T cell epitopes, of which 71 and 21 bearing CD8 and CD4 antigens, belonged to HLA class I and class II, respectively. In 211 of them, no HLA class was identified. All but two were 95% conserved in the over 42,000 viral genome sequences available at the time of the study.

The epitopes were found to be located on all known viral proteins, but 98 were in the spike protein and 60 in the nucleocapsid (N) protein. The spike is the most exposed viral protein, while the N protein is the most abundant. Of the spike epitopes, 19 occurred inside the receptor-binding domain where the virus binds to the ACE2 receptor on the human host cell. Another 48 lie within the S2 subunit, with one being in the fusion peptide region.

Of the N protein epitopes, 24 involve the RNA-binding domain and 20 the dimerization domain.

The researchers found that 23 epitopes were capable of eliciting T cell responses in more than 75% of the tested individuals. In some of these studies, the high number of test subjects makes the estimation for that epitope very reliable.  This includes one in orf1a, one in N, and one in S.

The protection afforded by such a vaccine is linked to its HLA association. With most of the known epitopes for this virus so far, however, only 1-2 alleles have been found, or none at all. In addition, most of these studies were based on a specific synthetic peptide or complexes formed by a peptide with an MHC molecule.

With most of the identified epitopes, only one HLA allele was reported, and the majority of these were those which are most commonly found in the global population. In part, this is because only a small number of convalescent patients have been studied so far. However, the technical complexity of this work also plays a part in the paucity of data.

Almost a fifth of the epitopes were identical to those in SARS-CoV. Moreover, the HLA association in both cases was exactly the same for both viruses. This indicates that T cell vaccines for SARS-CoV-2 should be designed based on earlier vaccines developed for SARS-CoV as well, taking advantage of the much larger body of knowledge of epitopes and HLA association with the latter. This would ensure that the vaccine will protect a greater percentage of the population.

Using this hypothesis, the researchers identified more HLA matches for 12 T cell epitopes, which enabled multiple associations with each epitope.

The earliest studies in this area carried out in the first days of the pandemic, probably did not resolve the exact epitope, especially those reported as being CD8 T cell epitopes. To help overcome this issue, the researchers scanned these epitopes, numbering 211 in all, to find any matches with those of SARS-CoV, either the whole epitope or a fragment of it.

This search turned up 125 more unique SARS-CoV epitopes that were present within or were identical with 71 of the SARS-CoV-2 epitopes. Each of these new epitopes were 9-11 amino acids long, matching the expected size.

The researchers say, “These matching epitopes likely correspond to the actual T cell epitopes.” The researchers also benefited from reaping the associated diverse set of HLA class I alleles.

There were 12 SARS-CoV-2 epitopes for which additional HLA associations were gained from the use of SARS-CoV data. Here, a higher median population coverage was attained of about 44%, rather than the meager 17% without the use of this data. Certain specific SARS-CoV-2 epitopes had very high coverage, in fact, of about 60%, using this method.

In the absence of any reported HLA association, the prediction method used above yielded a high estimated global population coverage of about 40%. Still, one in particular, located in orf1b, covered 85% of the population. This epitope may play a crucial role in the function of the RNA polymerase enzyme of SARS-CoV-2.

To facilitate the further centralized collection of data relating to T cell epitopes, the researchers have set up a web-based dashboard containing all the information they have retrieved so far. They aim to continually update the dashboard, as experimental information is published. This will, they hope, promote research in the immunology and vaccine arenas of SARS-CoV-2 research.

For vaccines based on viral peptides, T cell epitopes may be integrated into the vaccine itself.  For those which use DNA or RNA constructs, the epitope-encoding nucleic acid can be used with necessary features to enable the individual to produce an appropriate cellular immune response.

A universal COVID-19 vaccine could arise from the use of specific epitopes to obtain the highest possible population coverage. The current study, for instance, identifies 12 epitopes that can cover almost 100% of the global population. If only 3 are selected, the estimated coverage is 97%.

Adding SARS-CoV-2 T cell epitopes identified in animal models may help enlarge the field of potential immune targets in those already infected, and to understand how T cell responses following vaccination differ from those that arise after natural infection with the virus.

While cross-reactive T cell epitopes are known to occur in Zika and dengue viruses, further research will be needed to confirm that the specific combinations of HLA and epitopes are indeed immunogenic against SARS-CoV-2.

The researchers sum up: “Overall, the data that we describe based on recent experimental studies demonstrates an impressive and diverse list of SARS-CoV-2 T cell epitopes targeted by convalescent COVID-19 patients.” The next step would be to select a set of epitopes that are highly conserved and, therefore, unlikely to develop immunogenic escape mutations and that bind to HLA alleles occurring in a major chunk of the global population.

Vaccines that target these epitopes could result in comprehensive protective coverage and contain the spread of the pandemic effectively and over the long term.

bioRxiv publishes preliminary scientific reports that are not peer-reviewed and, therefore, should not be regarded as conclusive, guide clinical practice/health-related behavior, or treated as established information.