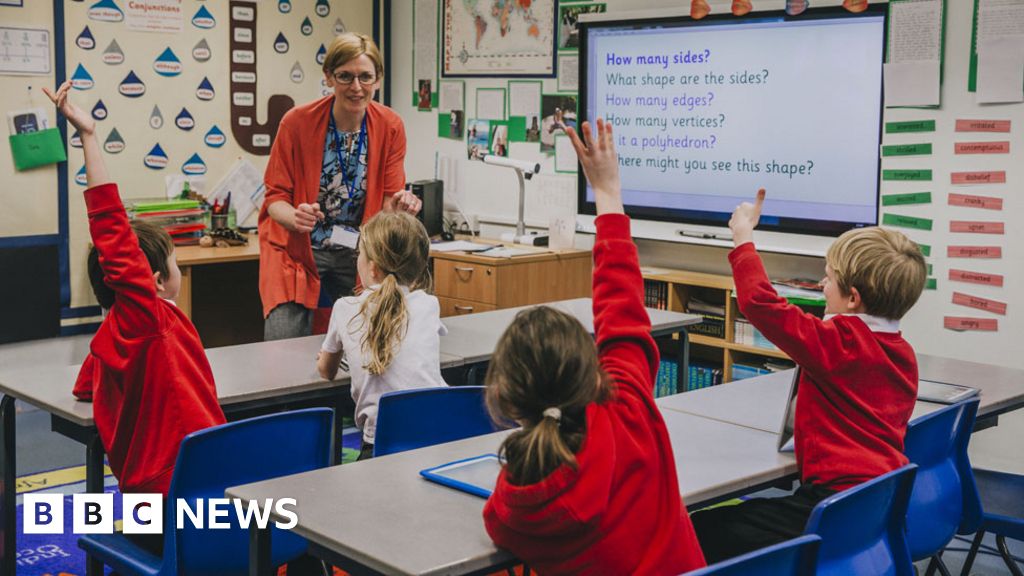 The government’s drive to “level up” funding will disproportionately benefit schools in better-off areas, argues the Education Policy Institute (EPI).

The government said schools with higher numbers of pupils from disadvantaged backgrounds remained a priority.

School leaders in England have been complaining of a worsening budget squeeze.

The government has responded by announcing a National Funding Formula for schools, designed to ensure pupils with the same characteristics get the same level of funding, regardless of where in the country they go to school.

The Department for Education says the plan will give “every school more money for every child”.

But new details announced last month by the prime minister included plans to “level up” budgets and boost the amount received by schools in areas where funding is lower.

According to the study, the reason why funding for some schools is lower is because they have fewer pupils from poor backgrounds who are eligible for extra pots of money such as the pupil premium, which aims to boost the attainment of the most disadvantaged.

And it argues that the prime minister’s plan to level-up school funding “appears to be distorting” the original aim of the National Funding Formula, directing a disproportionate amount of the extra money to schools with fewer pupils from poorer backgrounds.

It warns that while pupils from low income backgrounds continue to attract more funding overall, the link between school funding and pupil need is beginning to unravel.

The report suggests that over the four school years ending in July 2022:

Report author Jon Andrews acknowledges that while more money overall is going into the school system “it’s being more targeted towards better-off areas and better-off schools rather than schools that are serving disadvantaged communities”.

EPI executive chairman David Laws adds that as the learning of pupils from disadvantaged backgrounds has been particularly badly affected by the pandemic, “they will need maximum support to ensure their life chances are not damaged”.

“But by skewing extra funding towards more affluent pupils, the government’s approach… is fundamentally at odds with this goal.”

Education unions say the extra money is badly targeted and not enough.

“Focusing the additional funding available away from those students with the greatest need will result in many children not getting the education they deserve,” said the National Education Union’s deputy general secretary, Avis Gilmore.

Julia Harden of the Association of School and College Leaders said many head teachers in poorer areas were concerned their schools could be worse off “because school costs are rising above inflation”.

And Liberal Democrat education spokeswoman Layla Moran added: “This government’s funding policy fails to take account of the additional support some pupils need to help them thrive during their time in school.”

The Department for Education said the funding formula continued to target schools with the greatest numbers of pupils from disadvantaged backgrounds, with 17% earmarked for pupils with additional needs.

“Schools which have been historically underfunded will also receive the greatest increase as every child deserves a superb education, regardless of which school they attend or where they happen to our grow up, with our £1bn Covid catch-up package on top of this, levelling up opportunities for every young person up and down the country,” the statement concluded.