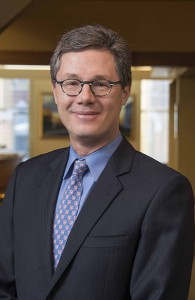 ‘It is now the time to face this issue head on,’ says attorney Bill Ardinger, a member of the Commission to Study School Funding, of the ‘first and last dollar’ question.

Twenty-seven years have passed since the New Hampshire Supreme Court ruled that the state Constitution “imposes a duty on the state to provide a constitutionally adequate education to every educable child in the public schools in New Hampshire and to guarantee adequate funding.”

This week, the Supreme Court will hear oral arguments in the latest round of school funding litigation brought by the ConVal, Winchester, Masonic and Monadnock Regional school districts, which charge that the state has yet to fulfill its duty to fund the cost of an adequate education.

Meanwhile, the Commission to Study School Funding, which was formed to calculate the cost of an adequate education, propose a means to pay for it and devise a formula to distribute the funding, is seeking to determine just what the Supreme Court initially ruled nearly 30 years ago.

In particular, the commission is wrestling with what it calls the “first and last dollar” question, which is to say: Has the court ruled the state must bear the entire cost of an adequate education without drawing any funds from local school districts?

The issue came to the fore when American Institutes for Research, or AIR, consultant to the commission, presented a model that sets the cost of an adequate education in every school district and offers a weighted distribution formula tailored to their different needs and resources and funded by a statewide property tax.

Drawing on the latest data from the state Department of Education, AIR calculated the total cost of funding an adequate education in every district at $2.9 billion. In FY 2018-19, total school expenditures amounted to $3.3 billion, with local and state property taxes funding 73.3% of the total.

AIR presented a weighted formula for distributing the funds. Districts with the greatest needs – measured by the number of students with meager means, special needs and English language learning needs – would receive more funding, while those with fewer needs would receive less. The level of funding is designed to raise the level of educational achievement in all districts to the state average, as measured by assessment scores, graduation rates and attendance rates.

AIR offered two scenarios for raising the money to fund the formula.

The first would include a “mandatory minimum local contribution,” funded by a flat property tax of $5 per $1,000 of assessed value, amounting to $937.5 million. Another $32 million in catastrophic aid for special education and $601.9 million from the Education Trust Fund would leave a balance of $1.4 billion, to be raised by a statewide property tax of $7.24 per $1,000. Altogether, the total property tax rate would be $12.24.

However, under this scenario, two dozen municipalities with relatively high property valuations would not be required to pay the full mandatory minimum tax rate of $5 because they would be able to fund their cost of an adequate education assigned by the formula at a lower rate.

The second scenario draws solely on a statewide property tax without a local contribution.

Assuming all other funding sources remain unchanged, the amount to be raised by the statewide property tax would be $2.3 billion, compared to $1.4 billion under the first scenario. But the total tax rate would be lower — $12.05, compared to $12.24.

AIR calculated that under both scenarios school property taxes would be reduced in 167 of 237, or 70%, of cities and towns.

When the commission reviewed AIR’s model, attorney Bill Ardinger, the governor’s appointee to the panel, said that by combining local and state funding the first scenario posed a constitutional question.

He explained that there is presumption that there is “a court rule” that whatever the Legislature sets as the cost of adequacy must be funded exclusive by “state budget dollars,” which would be violated by the first scenario.

“In my view,” Ardinger said, “that rule is a bad policy.” Without addressing whether or not the court so ruled, he said that the commission was convened by the Legislature, which the court has acknowledged enjoys “primacy in determining policy issues.”

He said that if the commission pursues the AIR model “we’ll run into that brick wall” and “it is now time we have to face this issue head on.”

Ardinger is a fervent advocate for requiring local communities to invest in their schools. He has repeatedly reminded the commission that the state’s schools are among the most generously funded in the country, which is reflected in the relative high quality of the education they provide.

At the same time, he acknowledged that the state’s school system is riddled with inequitable educational opportunities for students and financial burdens for taxpayers, which he insists can be overcome by aggressively targeting funds to those districts with the greatest needs and least resources.

“The only way we achieve equity is by focusing on inequity,” Ardinger said. “Does the state constitutional rule, the alleged rule, actually prohibit targeting?” he asked. “If the court has got some first-last dollar rule everywhere, that becomes a direct obstacle to achieving more equitable results.”

Iris Estabrook, who as a state representative was among the authors of school-funding legislation in 2008, told the commission’s Adequacy Work Group, “I continue to believe we have a court ruling that requires us to pay first and last dollar of what we define as adequacy.”

While she said she was “comfortable” with the formula, she added “I’m just having a really hard time definitively obligating the state to the sum of current state and local spending.”

Rep. Dick Ames, D-Jaffrey, noted that AIR pegged the cost of adequacy at “a very high end of where we thought we’d be at.”

That number, he said, “would drive educational outcomes to the average level the state is at. But is that where constitutional adequacy should reside?”

Ames described the first-last dollar issue as an “open question.”

Ames suggested if the commission presented “a different way ensuring the burden on the localities wasn’t too great, and therefore creating other inequities and perhaps violating what’s in the Constitution around taxes, maybe the court would come out in a different way.”

The court has addressed the first-last dollar issue several times since the landmark Claremont decision in 1993, when it ruled the state was obliged to provide and adequate education and “guarantee adequate funding.”

And the justices also touched on targeting. “We emphasize that the fundamental right at issue is the right to a State funded constitutionally adequate public education,” their opinion reads. “It is not the right to horizontal resource replication from school to school and district to district.”

Four years later, the court declared the school-funding system unconstitutional on the grounds that funding a state duty with municipal property taxes levied at varying rates was contrary to the constitutional requirement that taxes be “proportional and reasonable.” The justices added that while the state may delegate its obligation to provide an adequate education to local school districts, “it may not do so in a form underscored by unreasonable and inequitable tax burdens.”

In 2000, when the Legislature sought the court’s opinion of a school-funding proposal, the justices replied that “proposed legislation to fund education that would rely, in part, on local property taxes to pay for some of the cost of an adequate education would directly contradict the mandate of Part II, Article 83 (of the Constitution) which imposes upon the state the exclusive obligation to fund a constitutionally adequate education.”

And, as Rep. Rick Ladd, R-Haverhill, reminded the commission’s Fiscal Policy Work Group, when Londonderry successfully challenged the then current school funding statute in 2006, the court held “whatever the State identifies as comprising constitutional adequacy it must pay for. None of that financial obligation can be shifted to local school districts, regardless of their relative wealth or needs.”

The commission will return to the question at a future meeting, when it will be briefed on constitutional issues and court decisions by a team from the University of New Hampshire’s Carsey School of Public Policy.