Millions of teachers and students have been forced to confront the devastating consequences of the full reopening of schools from September 1. There has been a massive surge in coronavirus outbreaks, with 1,700 schools recording infections. Many have been forced to close, fully or partially. Teachers have already begun to be hospitalised and teachers’ mental health is now recorded as the most compromised of any profession.

Warnings have been issued by Chris Whitty, Chief Medical Officer, that the virus is “spiralling out of control” with 50,000 daily infections predicted in the next four weeks and Prime Minister Boris Johnson has announced a raft of ineffectual measures to suppress the pandemic. The death rate could rise to 200 a day by November. 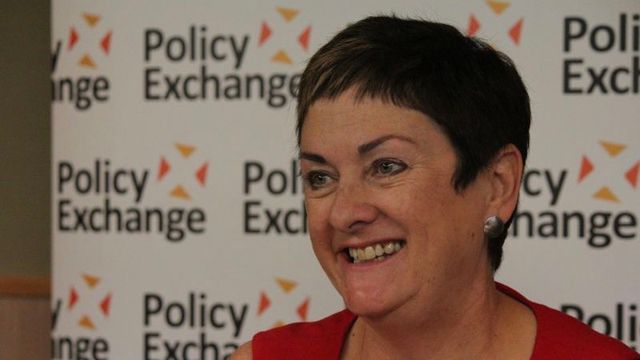 How has the “largest teaching union in all of Europe” responded? Despite growing opposition by its members, it has not raised a single demand on the government to protect its members. Instead it insists that the Tories must “act now” and fondly “hopes” that this hated government “will be able to get this situation under control quickly.”

The NEU letter sent on September 20 to Johnson, which was made public in a break with the union’s normal practice of behind the scenes discussions, takes a solemn tone.

“The issues raised in this letter are so serious and pressing that we are making its contents public,” the NEU writes. The “serious situation” does not reference any concerns regarding the impact of schools in accelerating the circulation of the virus, or on the risks that are posed for the health of staff or children. The union’s concerns focus on the catastrophic failure of the “test, track and trace” system in undermining its support for the full reopening of schools, which the NEU has desperately tried to sell to its membership.

The letter states, “As the testing regime buckles under the strain of demand, staff and pupils cannot get tested, or get results, and schools cannot deal with outbreaks or sustain full opening if people are unnecessarily isolating.”

The NEU fully accepts the government’s insistence that schools must not close under any circumstances and explains, in introducing the letter, “With lockdowns likely but further school closure ruled out by the Government, today’s letter calls for the testing regime to be significantly and urgently increased for schools.”

The government has unofficially responded by announcing that teachers will be fifth in the order of priority for testing, but children will not be tested as a priority. This is under conditions where the Office for National Statistics has established, “In recent weeks, there has been clear evidence of an increase in the number of people testing positive for COVID-19 aged 2 to 11 years, 17 to 24 years and 25 to 34 years.”

The NEU’s letter continues with a warning to Johnson that despite its own best efforts, they may not be able to control the anger that will emerge: “He (Johnson) must not take the continued support of schools for granted.”

The letter attempts to distance the NEU from the fallout of the government’s disastrous policy, but the situation facing education staff and pupils is the direct product of the criminal role it and other unions have played in demobilising and suppressing opposition to the government’s agenda of subordinating the health needs of society to the profit drive of the major corporations.

From the outset of the pandemic, the NEU have blocked all moves to combat the deadly consequences of the government’s handling of the virus. Their central demand has been for the Tories to work with the unions on their “back to work/back to school” drive.

The closure of schools on March 20 was an outcome of mass opposition among teachers and parents through the launching of petitions and in direct opposition to the unions. On March 16—one week before lockdown—Mary Bousted, NEU joint general secretary, endorsed the government’s insistence on keeping “schools open,” because, “They are a major public service. For children on free school meals, they are a place where children get fed. Having your child at school allows parents to work.”

Even as the UK’s COVID death toll was rising exponentially to levels among the highest in the world, in May the NEU welcomed government plans to reopen schools, especially, “[Education Minister Gavin] Williamson’s statement that his door is open” for discussions with the union.

At the end of August, the NEU junked it’s 5 tests for the safe reopening of schools, which included the R rate being below 1, test, track and trace being fully operational, social distancing in place and the protection of vulnerable staff. Not one of these measures was in place then and is not in place now. The NEU now accepts that while it isn’t safe for schools to reopen based on their criteria, they won’t challenge the government.

There is a growing recognition among teachers that the unions are accomplices in the crimes being committed. The response on social media to the union’s letter reveals the chasm between the union and its members. Some of the many responses on the NEU’s own Twitter page included Ann who said: “Given over 50s high risk & in Sweden it’s proven teaching in a primary school increases risk by 70%, will education unions insist over 50s are shielded in the event of 2nd lockdown? Lives are at risk, currently unacceptable situation. Schools aren’t safe.”

Allison said, “This is not good enough. Boris and his cronies have ignored your letters this whole time and vilified teachers for not sacrificing themselves like martyrs. Now is the time for strike action. Send out the ballots now! But instead this spineless union and criminally negligent government will force teachers into unsafe workplaces with 50k infections a day by 13 Oct.”

“Great the NEU have written another letter. What about taking action? Teachers are being treated as minions and told to do as whatever they are asked, regardless of the science which says its unsafe. What about health and safety at work? Why are you leaving it to individuals,” asked another teacher?

Kers commented: “You set out 5 tests, track and trace was one of them. That hasn’t been met. Yet we don’t act.”

Rachel writes, “None of the five tests have been met, we’ve just been thrown into the lion’s den; and to use Boris Johnson’s famous words back in March ‘some of you may die’. So comforting!”

Educators must draw critical lessons from their experience with the trade unions. The opposition and anger that exists cannot find expression through these bureaucratic and privileged organisations. The necessary measures to protect teachers, pupils and their families will not come about due to the actions of the unions. Left in their hands the only result will be a massive increase in deaths.

The Socialist Equality Party has launched the educators independent rank-and-file safety committee to provide an alternative means of struggle. The fight against the pandemic must be taken out of the hands of the ruling elite and their accomplices in the Labour and trade union bureaucracy.

We call for the immediate closure of all schools. The virus is spiralling out of control and lives are at stake. All teaching must revert to online. All the necessary resources must be provided for this.

To participate in the next meeting of the Educators Rank-and-File Safety Committee, this Saturday, 2pm click here.