Boris Johnson has vowed to make “radical” changes to adult education in England, boosting the post-pandemic economy with a “lifetime skills guarantee”.

The prime minister on Tuesday promised an audience at Exeter College in Devon that he would give every adult a “flexible life-long loan entitlement” for up to four years of post-18 study, with students able to fund a “specific list of valuable and mainly technical” further education courses in the same way they now borrow to pay for university.

The announcement follows years of underfunding for further education, with spending dropping by 45 per cent since 2009-10, according to the Institute for Fiscal Studies think-tank. This has exacerbated the lack of skilled workers that many economists blame for the UK’s chronically low rates of productivity.

But critics warn that Mr Johnson’s pledges lacked detail and would come too late for the growing number of people losing their jobs owing to the pandemic.

“These proposals will do nothing for skilled workers who are about to lose their jobs and who need immediate help to retrain,” said Kevin Rowan, head of skills at the Trades Union Congress. “Britain had a skills crisis before this pandemic and without urgent and comprehensive action it will get much worse.”

The cuts on adult skills spending over the last ten years have been very large. The new funding might reverse five years of cuts, not ten

According to the prime minister, from next April adults who do not have A-levels, or their equivalent, will be able to access free college courses, a move Mr Johnson said would help people “change jobs and find work in the burgeoning new sectors that this country is creating”.

The measures, which will be detailed in a white paper to be released later this year, are based on the findings of the 2018 Augar review into post-18 education and will be partly paid for by the £2.5bn National Skills Fund, which was announced in March.

David Hughes, chief executive of the Association of Colleges, welcomed the prime minister’s announcement, which he said placed colleges “at the heart of the recovery” within a “more collaborative education and skills system”.

“For many years, further education colleges have not received the recognition they deserve for the outstanding work they do for people of all ages and communities — and they have suffered from a decade of neglect during austerity,” he said.

However, the boost in funding does not make up for the decade of swingeing cuts to the sector and is still below the levels seen in 2010, according Luke Sibieta, research fellow at the IFS. “The cuts on adult skills spending over the last ten years have been very large,” he said. “The new funding might reverse five years of cuts, but not ten.” 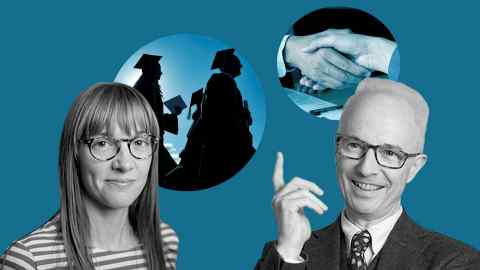 There are also fears that the government could limit the types of further education courses eligible for funding. Fiona Aldridge, director for policy and research at the Learning and Work Foundation, said: “The danger is they could identify a narrow group of qualifications.”

“What we know from skills policy through the decades is when you try to pick winners that never really works. You need to have flexibility.”

She added that the government must also ensure all schools had access to comprehensive careers advice that was specific to the needs of their local area, as well as ensuring financial and other support was available to those who could struggle to access learning.