He said the loss of Ramirez — who helped oversee plans to teach kids through a mix of online and in-person learning — is an especially grievous blow.

“Now more than ever, you need to operationalize things in a safe way,” Treyger said. “It’s not clear to me how they plan to fill [Ramirez’s] position, especially with two weeks left to go before school reopens for kids.”

Ramirez nodded to huge challenges ahead in an email to DOE staff last week.

“It’s been hard for us all — but also inspiring for me personally to be part of a brilliant and focused team of colleagues whose sole mission is to ensure safe, healthy conditions for learning and teaching,” she wrote on Sept. 4.

“Though there’s more work to do, more impact to have, I leave proud of what we’ve done together,” added Ramirez, who is expected to take a job at a nonprofit.

Hanna, who ditched the DOE for a Pennsylvania school district in June, went heavy on the cliches in informing staff of his departure.

“Justice and equity are essential to the success of any workplace and any public school system,” he wrote staffers on June 30. “Thank you for all you do and will do.”

Rank-and-file DOE staff are left shaking their heads over the streak of departures among upper management.

“What do we not know that they know about what’s happening next?” said a staffer who requested anonymity to avoid retaliation. “It’s not sending a great message and I think there’s just a general feeling of malaise at this point.

“People are like, it’s clearly only going to get worse,” the person added.

The threat of a rare teacher strike prompted the mayor to delay the start of the school year by about two weeks. Concern about safety measures remains high. And staggering tax revenue losses may necessitate payroll cuts across city agencies, officials have warned.

Still, the official DOE line maintains all systems are go for the start of the school year.

“We have incredibly strong leaders with dedicated teams at all levels of the DOE who are focused on our common goal of a safe and successful school reopening,” spokeswoman Miranda Barbot said in a statement. “We have tremendous confidence in our staff as we begin this school year.”

The departures of Ramirez, Hanna and Watson-Harris, who’s now CEO of a school district in Georgia, come amid a wider exodus from the de Blasio administration.

Treyger said the departures show unease as the mayor struggles with multiple crises.

“The sense is we’re in for some very dark and bleak times,” the person said.

Fri Sep 11 , 2020
PROVIDENCE, R.I. (WPRI) — Contrary to what Rhode Island Gov. Gina Raimondo said on Wednesday, three school districts have applied for a portion of the $50 million in federal funding allocated to help schools get up to code with COVID-19 protocols, according to the R.I. Department of Education. Coventry, Portsmouth, […] 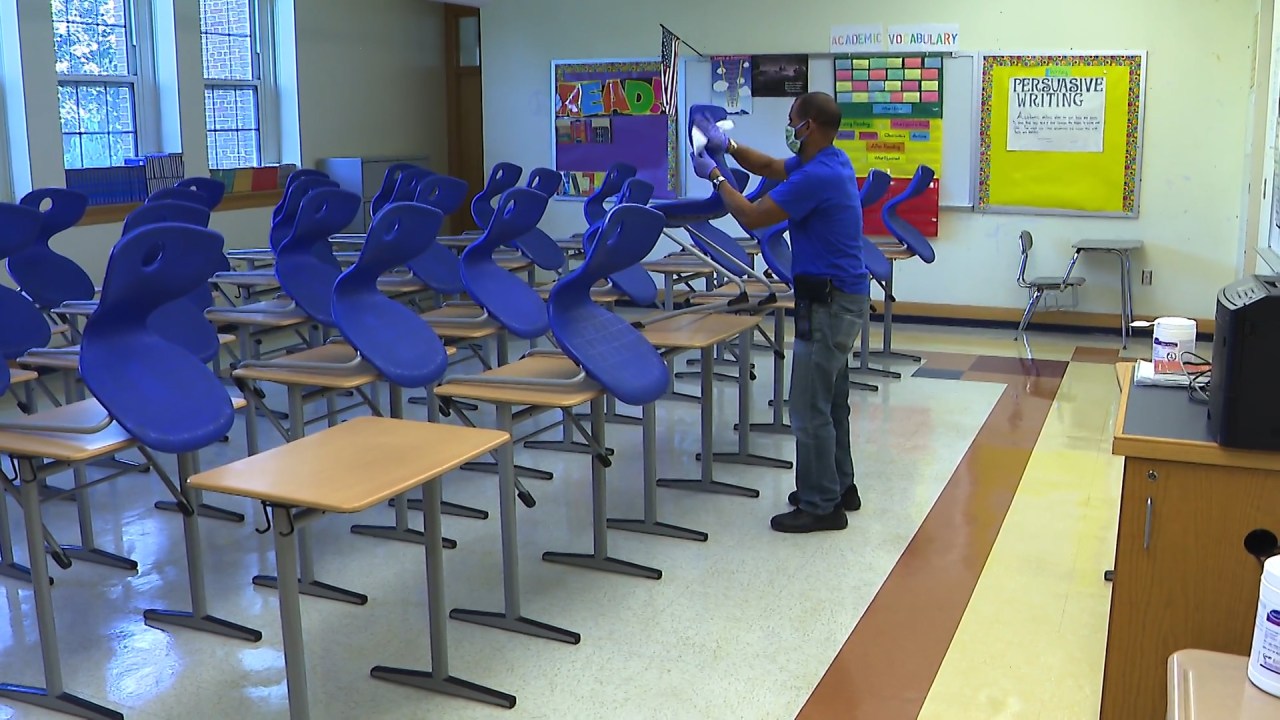