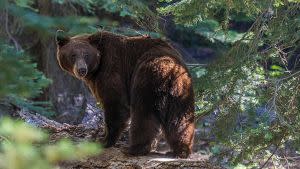 Thursday’s sudden jolt of volatility hasn’t worked its way out of the market yet, but the hungry selling did subside somewhat Friday in the wake of a heartening improvement in America’s employment data.

The Labor Department reported that nonfarm payrolls came in at a better-than-expected 1.37 million for August, and that unemployment dropped to 8.4% from 10.2% in July.

That had little effect early in Friday’s session, but bulls chipped away at the losses during the afternoon to help the major indices close at much more modest declines. The Dow Jones Industrial Average, which dropped by as much as 2.2%, finished off 0.6% to 28,133.

Other action in the stock market today:

A quick reminder: Labor Day, observed on Monday, Sept. 7, is a stock market holiday. It will be followed by a thin but interesting earnings calendar that includes several interesting momentum plays.

A Little Relief, Not a Rally Starter

Perspective here is everything. The jobs report represents a positive trend, but it also doesn’t signal that the economy is out of the woods.

“The number of permanent job losers increased by 534k to 3.4 million; this measure has risen by 2.1 million since February. This can overhang the economy for some time,” says Gene Goldman, chief investment officer at Cetera Investment Management, a broker-dealer network encompassing more than 8,000 advisors and $250 billion in assets. “Unfortunately, the next three months may not be as promising, as we have seen large numbers of layoffs recently announced, pandemic assistance expires October 1st for many companies (such as airlines), and census workers will be let go at the end of this month.”

“Great perspective is required when situating this data in proper context,” Rieder adds. “The unemployment rate is still resting too close to double digits, and many businesses will not recover their footing for years to come, if ever.”

Not to mention, corporate bankruptcy filings, while slowing, continue to mount.

That’s not to say that the sky is falling, but it might be time to take a few profits in case we’re in for more September volatility. Wall Street’s analyst community, typically bullish in nature, is warning about these nine stock picks; most of them have rocketed well past 12-month targets, implying that some mean reversion lower is in order.