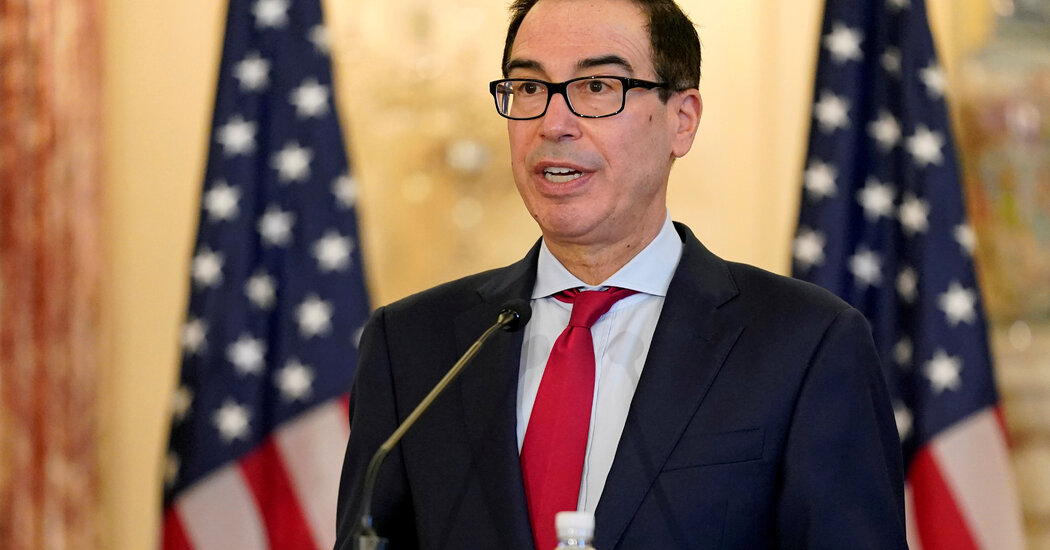 Trump administration officials on Friday put a positive spin on a lackluster jobs report that alarmed economists, insisting that a “V-shaped” recovery was intact even as the pace of monthly job gains had slowed substantially.

The Labor Department’s report showed job creation slipped to 661,000 in September, less than half its rate of 1.4 million in August. It was the slowest month for jobs gains since the employment rebound began in May. The economy remains nearly 11 million jobs below its levels from February. The unemployment rate fell for the month, but in large part because hundreds of thousands of workers — overwhelmingly women — left the labor force.

Wall Street analysts and independent economists warned that the numbers, which fell below expectations, were a sign that the economy could face a slow and painful march back to pre-pandemic levels without more help from Washington.

But administration officials celebrated the report and suggested the economy was well on its way to a full recovery.

Treasury Secretary Steven Mnuchin said on Friday that he was pleased with the labor market’s progress even though parts of the economy continued to need help. He characterized the unemployment figures as “another good unemployment report.”

“I never thought a year ago I’d say I’m really proud of the fact that we have unemployment below 8 percent, but I really am,” Mr. Mnuchin said at a manufacturing event.

Larry Kudlow, the director of the National Economic Council, said on the Fox Business Network that analysts were misreading the numbers, which showed slowing job creation.

“I think they are better than some people think,” Mr. Kudlow said. “The overall economy is looking good.”

“Obviously, we had a great jobs report this morning,” he told reporters outside the White House. “The economy continues to be robust in its V-shaped recovery.”

Mr. Meadows acknowledged that the report would get little attention on Friday, given the news that Mr. Trump contracted the coronavirus.

“Unfortunately that’s not what everybody is focused on this morning,” he said.