Spoiler alert! This story has important details about the ending of “Tenet” so beware if you haven’t seen it. And don’t worry, it’ll still be here whenever you feel safe enough to go the movie theater again. The Internet is forever.

Still chewing over what the heck happens in “Tenet,” from the characters moving in opposite directions in time to villains from the future wanting to end us all to more theoretical physics than you’d ever expect in an action movie? Don’t worry, we are, too.

Writer/director Christopher Nolan’s latest complex thriller stars John David Washington as the Protagonist, a new recruit to a secret organization called Tenet who learns about a new technology that allows objects and people to be “inverted” – essentially moving backward in time because their entropy has been reversed.

The assignment is a biggie: The Protagonist, with help from his strangely knowledgeable partner Neil (Robert Pattinson), has to stop dying Russian oligarch Andrei Sator (Kenneth Branagh) from putting together the nine pieces of the “algorithm,” which is less a math formula and more a bomb that will wipe out the past and let the villains in the future (allies of Sator) start society anew.

Review: Christopher Nolan’s ‘Tenet’ is James Bond by way of a Rubik’s Cube

‘I learned more about my body than I knew’: John David Washington gets his action-hero moment with ‘Tenet’ 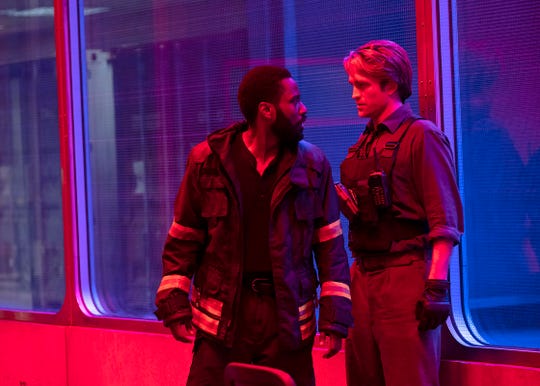 John David Washington (left) and Robert Pattinson are operatives moving forward and backward in time to save the day in “Tenet.” (Photo: MELINDA SUE GORDON)

The good guys work to get close to Sator and then have to invert themselves and go back in time, to the beginning of the movie, to save Sator’s wife Kat (Elizabeth Debicki) – who’s been shot with an inverted bullet, which is very bad – and then keep Sator from detonating the algorithm.

After saving the day, Neil has his own truth bomb to drop on the Protagonist:  As it turns out, Washington’s character is the man who creates Tenet and recruits Neil in the future, where they’ll eventually have various adventures. But Neil leaves to invert back to an earlier scene in the climactic battle, where a mystery man (aka Neil) takes a bullet meant for the Protagonist. And while that’s the end of Neil’s story, it’s the beginning of the Protagonist’s.

Theirs is “a very important friendship at the heart of the film,” Nolan tells USA TODAY. But does that relationship reflect the balance of the science at the movie’s core, too? 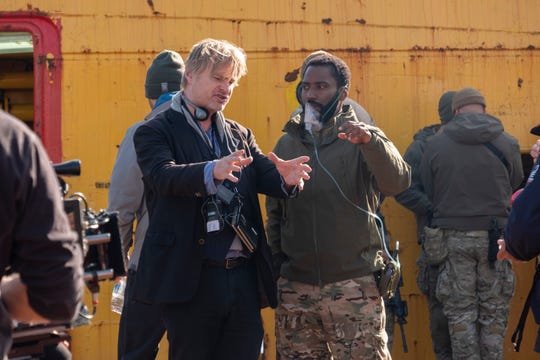 “I haven’t thought of it in exactly those terms, but as a writer you’re reaching for resonances – balance is very much a part of all physical laws that the film is riffing on,” says Nolan.

The director spent time chatting with his “Interstellar” collaborator, theoretical physicist Kip Thorne, about “the idea of time and real physical laws that are reversible. They can all be symmetrical, they can run the same way forwards and backwards, all of them except entropy.

“Entropy in a way is that balance, the relationship between energy and entropy and as it decays, the one replaces the other. So there is always this balance (even) in the duality of the characters,” he says.

As for the Protagonist, the new guy who turns out to be responsible for everything, figuring out the arc of the character (including the final reveal) for Washington was, like the movie’s title, a palindrome.

“What’s first is last, what’s last is first. So dealing with that, what does that mean emotionally?” Washington says. “For the character, this is a film about self-discovery. This is a film about affirmation, like, does he know? And he needs to test himself always because in real life, I do that all the time.”

In the same way, Washington sees a connection to “The Last Dance,” ESPN’s recent documentary on the championship years of the Chicago Bulls with Michael Jordan. “He just needed any little spark, any little test to get him going, and like the Protagonist, does he know this stuff already? Does he not? All the tests that he’s passed, all the tests that he finds himself confronted with, I think there’s an opportunity for self-discovery. It was very relatable in that way. I love that and I hope people can feel that way, too, when they see it.” 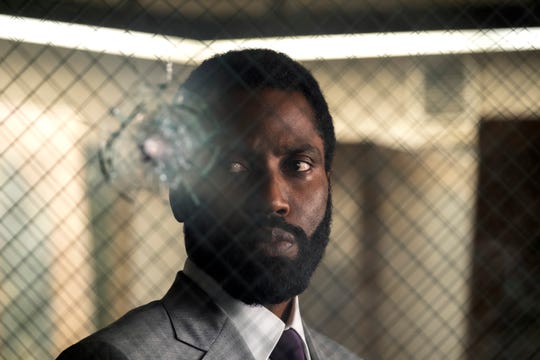 John David Washington’s Protagonist is not only a rookie secret agent but also a guy with huge future responsibilities in “Tenet.” (Photo: MELINDA SUE GORDON)

One of Washington’s favorite lines comes in the epilogue, as he continues to look out for Kat and, with steely style, announces to antagonist Priya (Dimple Kapadia) looking to do her harm: “I’m the Protagonist.”

Saying that makes it “that much more official,” Washington says. “In the delivery, he could state it ass a term, or that’s his name. It’s hard to tell, but either way it does sound cool and it feels powerful to say something like that.”