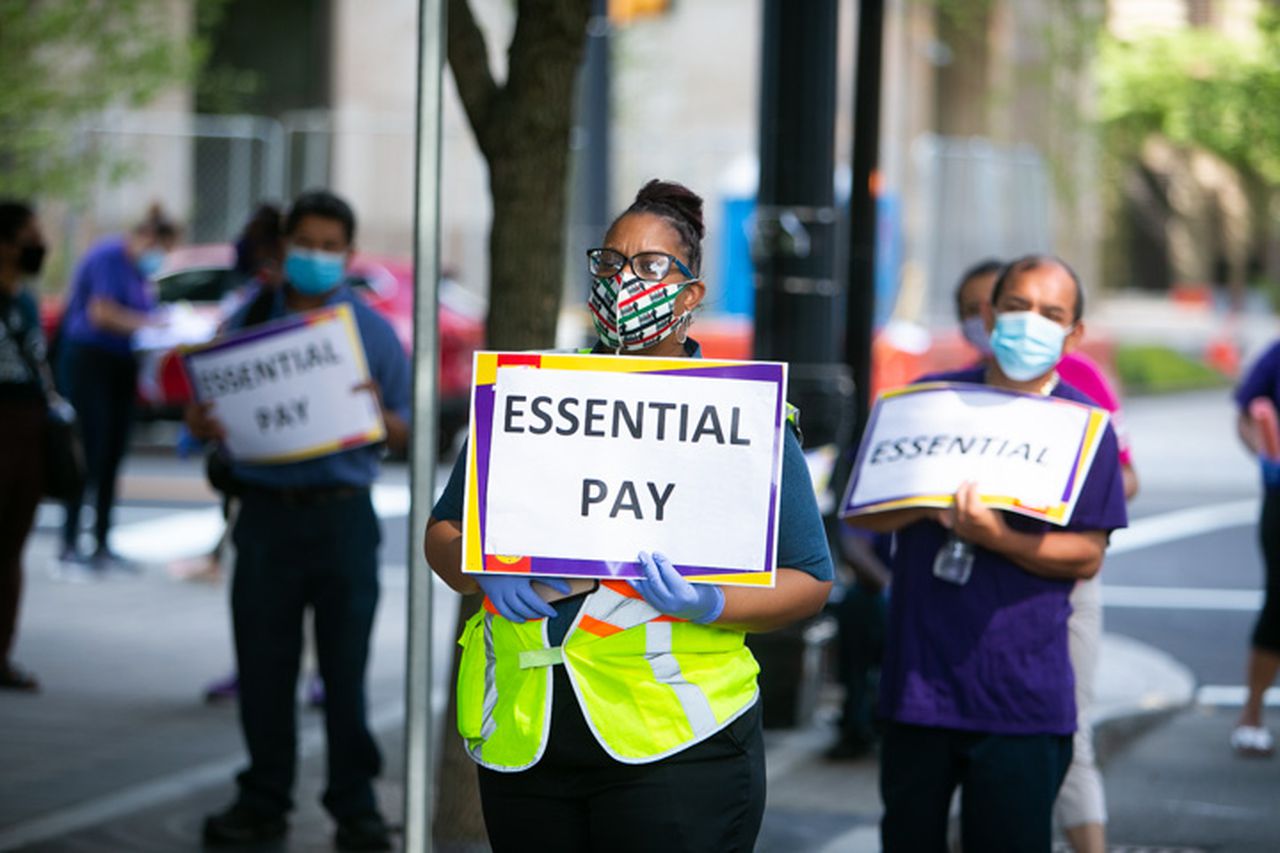 More than 100 workers plan to walk off their jobs at eight luxury high-rises in Hudson and Essex counties Thursday to protest their treatment during the pandemic and retaliation for organizing to join a union shop.

The Planned Companies’ employees — doorpersons, porter and handymen — have demanded hazard pay of $2 an hour and 14 extra paid sick days to be used for quarantine purposes during the coronavirus pandemic, officials with 32BJ of the Service Employees International Union said.

Union officials say Planned workers continue to be paid poverty wages as low as $11 an hour and many receive only 5 days of combined paid vacation and sick leave at 77 Hudson and The Cliffs and Gull’s Cove in Jersey City, Shipyard in Hoboken, Ambassador Towers and Washington Towers in East Orange, Xchange at Secaucus Junction in Secaucus and Galaxy Towers in Guttenberg.

The workers of Planned say a coworker and union supporter Dario Cardenas, a porter employed by Planned at The Beacon in Jersey City, passed away earlier this year from COVID-19 related complications. On Sept. 16, more than 100 Planned workers submitted a petition to Planned demanding an end to illegal intimidation, hazard pay and paid quarantine leave. Their demands were refused, officials said.

“Despite SEIU’s baseless claims to the contrary, we continue to provide our employees with high-quality health coverage and some of the most competitive wages and benefits in the industry.” the company said in a statement.”… Planned is not anti-union. In fact, we have a number of successful union relationships where collaboration has fostered a positive environment for our employees. This is one more case of SEIU’s posturing to promote their agenda above the representation of their individual members.”

The workers plan to walk off the job at 6 a.m. and form picket lines in front of 77 Hudson, Shipyard, Ambassador Towers, Gull’s Cove, Xchange at Secaucus Junction and Galaxy Towers.