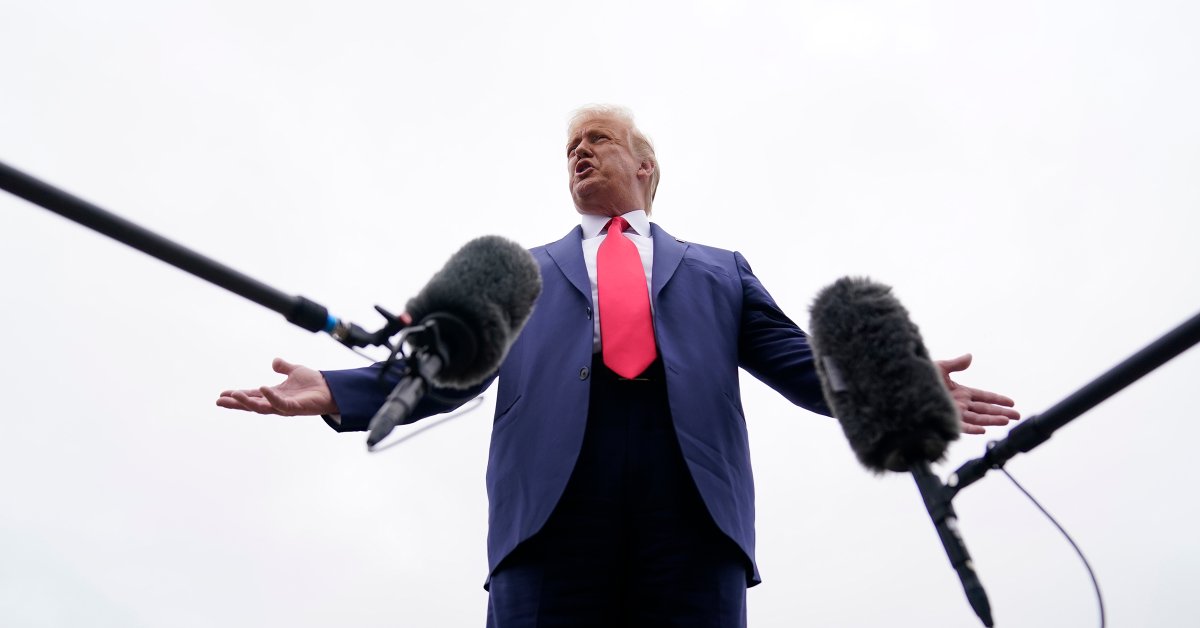 This article is part of the The DC Brief, TIME’s politics newsletter. Sign up here to get stories like this sent to your inbox every weekday.

At a moment when books about America’s racist history are selling out, and some in the country, including many in corporate boardrooms, are trying to grapple with the enduring legacy of systemic racism, President Trump and Republicans are laying out a gauzy story of America that requires no reckoning for the country’s history of slavery, racial terror and social, economic and political injustice.

Over the past several weeks, Trump has painted criticism of America’s past as unpatriotic, and attempted to create a space where White voters can feel OK with that. That includes “restoring patriotic education” in schools “where they’re trying to change everything that we’ve learned,” Trump told reporters at the White House on Monday. “The only path to unity is to rebuild a shared national identity focused on common American values and virtues, of which we have plenty,” Trump said.

In his Republican National Convention acceptance speech, Trump promised “new pride in our history” and said “Americans build their future, we don’t tear down our past.” He hailed America’s westward settlement under Lewis and Clark, a movement that shaped the modern U.S. and ultimately led to the forced removal of Native Americans from their ancestral lands, and touted his protection of monuments to Confederate figures.

Context is everything, and these statements come at a moment when large protests continue to call for an end to police practices that brutalize Black Americans. Trump has continued to show that he doesn’t understand the main thrust of the protests against systemic racism in policing. When asked about the shooting of Jacob Blake on Fox News Monday night, Trump compared police officers shooting people to golfers who “choke” when trying to make “a three-foot putt.”

Make sense of what matters in Washington. Sign up for the daily D.C. Brief newsletter.

But as with most everything, Trump sees the protests not as Americans standing up to be treated fairly, but as a part of a political battlescape. “The left’s war on police, faith, history, and American values is tearing our country apart, which is what they want,” Trump said earlier on Monday. And as he travels to Kenosha, Wisconsin, he is stepping into that war, days after street protests left two dead and a White 17-year-old, Kyle Rittenhouse, was charged with first-degree intentional homicide in the killings. Trump did not criticize Rittenhouse for pulling the trigger when asked about the shooting Monday, saying it was “an interesting situation.”

All of this has put White voters in the middle of a political tug-of-war not only over votes but also for how to view American history. Should Americans continue to see the Pilgrims as smiling newcomers happily sharing food with Native Americans? Enslaved people were held in pens just steps from the White House, but there is no plaque commemorating that, as TIME’s Justin Worland wrote for TIME’s cover story in June. The country is continuing to come to grips with the long legacy of injustice and slavery, Jim Crow laws, federal housing loans that advantaged Whites, and a justice system that unfairly targets Black Americans. The next several months will show if the country is ready to confront the challenges that live on from that history, and do something about it.

Get our Politics Newsletter. The headlines out of Washington never seem to slow. Subscribe to The D.C. Brief to make sense of what matters most.

For your security, we’ve sent a confirmation email to the address you entered. Click the link to confirm your subscription and begin receiving our newsletters. If you don’t get the confirmation within 10 minutes, please check your spam folder.