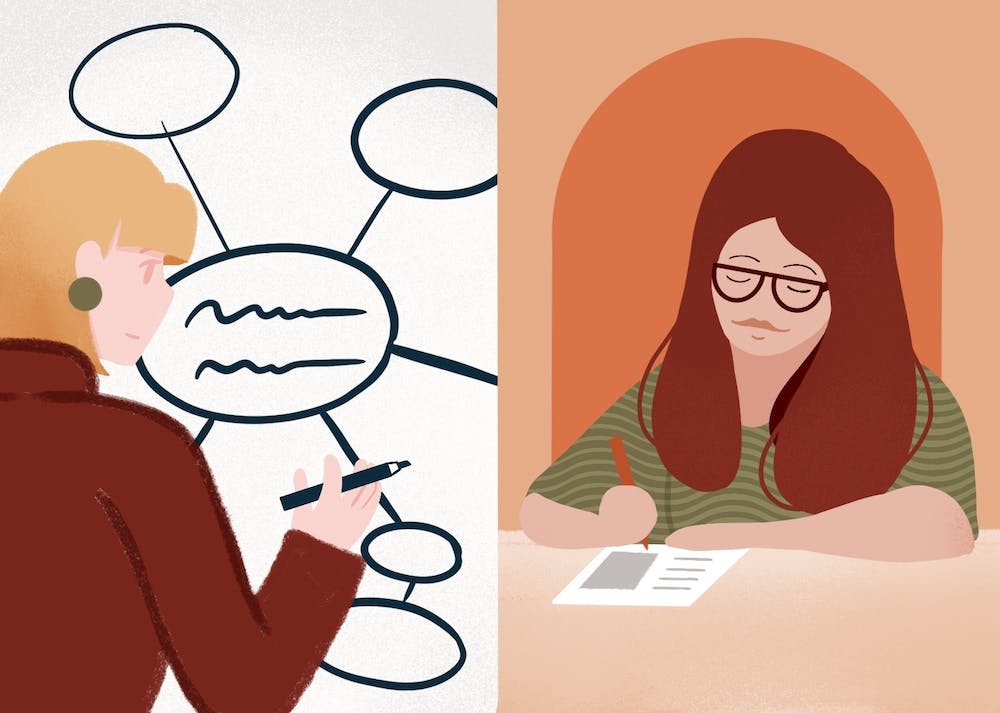 “Televerde Foundation is helping incarcerated females prepare for the workforce after being released.” Illustration published on Friday, Sept. 25, 2020.

A new partnership between the W.P. Carey School of Business and the Televerde Foundation, a nonprofit organization that assists formerly and currently incarcerated women with career building and reintegration, provides women in three correctional facilities with education on career readiness through instruction by W.P. Carey students.

Tanya Miles, 48, is currently serving an eight-year sentence at Arizona State Prison Complex–Perryville, the only all-women state facility in Arizona. She works at Televerde as a team lead and lead development representative.

PATHS, which stands for prepare, achieve and transform for healthy success, is a six-month program that focuses on empowering incarcerated women and helping them obtain the skills necessary to enter back into the work force.

“It’s been really eye-opening,” Miles said. “We are into our second area with the change plan curriculum and it really helped me identify patterns of behaviors that you experience both personally and professionally, and it really helps us to respond versus react.”

She said she is set to graduate from the PATHS program on Nov. 20 and will leave Perryville on Dec. 31.

“Our purpose is to provide currently and formerly incarcerated individuals with personal and professional development programs that enable them to get the tools and the skills necessary to successfully advance in the global workforce,” said Michelle Cirocco, executive director of the Televerde Foundation.

Cirocco said the PATHS curriculum is made up of topics like building healthy relationships, family reunification, budgeting, making good decisions and other professional development skills needed to be successful once the women graduate and are released from Perryville.

Cirocco received her master’s in business administration from W.P. Carey in 2008 and said she wanted to find the best career planning resources for the program. She said she contacted the Career and Professional Development Services at ASU, who then put her in contact with John Wisneski, a clinical assistant professor of management and entrepreneurship at W. P. Carey. Together, and with other MBA students, they planned the PATHS curriculum.

“Every week for the entire summer (we) spent an hour together. And a lot of it was us trying to understand how do we take lessons that we would teach to our undergraduates or MBAs and make them applicable in the women’s context?” Wisneski said. “And so we would ask questions like, ‘what is the women’s perspective with this?’ Really just trying to understand context.”

There are currently seven W.P. Carey students who are delivering the training to the incarcerated women. One of the students, Chris Carpentier, MBA class of 2021, said he sees some similarities between himself and the women in the PATHS program.

“One of the most interesting things for me is we’re both on this path of career development. And so maybe we’re a few more months ahead,” said Carpentier. “But if we can share those things and get them up to speed, that’s something that we really do enjoy and what makes it important.”

Carpentier said every week during each class, the women write in a journal about how they are feeling, which is the foundation for the program.

“Each week, we’ve given them questions beforehand to work on, to write their responses,” Carpentier said. “Just journal themselves about specific questions to do with career success and things like networking and building a LinkedIn profile.”

The program is designed to reduce women’s recidivism rates with the hope that the women will have job interviews set up after they are released.

“Televerde has done a lot of research and actually it’s publicly available, and the number one factor for reducing recidivism rate is having an employment upon release,” Wisneski said.

Wisneski said they won’t know if the program will have an impact on the recidivism rate until a year from now, but he knows the students in PATHS are working on their own to apply for jobs and secure an interview upon their release.

“My mindset is I am my sister’s keeper, so that’s what’s fueling the passion for me so that I give back when I leave,” Miles said.