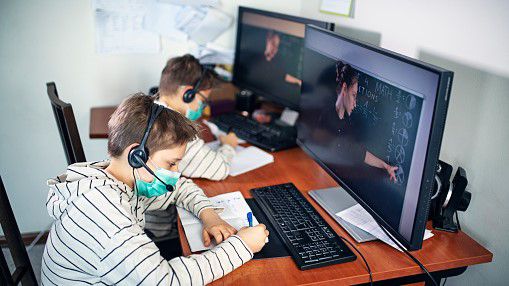 ST. PETERSBURG, Fla. — School districts across Florida are currently receiving money from the state for online learning, but that money may soon run out.

According to Spectrum Bay News 9’s partner newspaper the Tampa Bay Times, state funding for eLearning is only set to run through the first semester and as of right now, the state hasn’t said whether it will continue providing those funds for the second semester.

School districts across the Bay Area are trying to figure out what they may do if that funding runs out.

Polk County School officials said they’ll continue monitoring enrollment, but no decisions have been made. Manatee and Pasco County school officials both said they expect to continue providing eLearning through the rest of the school year. The Tampa Bay Times reported that Pinellas County School’s Superintendent, Michael Grego, said he plans on keeping the program as long as the state’s emergency order allows it.

After all the months of uncertainty, many parents said they’re frustrated not knowing what will happen with eLearning. One parent said she’s not only responsible for her own child, but she’s also responsible for several others as Executive Director of the ALPHA House, which helps and houses homeless pregnant women and their children.

“We house women and babies, infants, babies that their immune system isn’t even developed, and if we put these girls back in school we risk that virus coming back in our building,” said Jennifer Stracick, ALPHA House.

Stracick said all of the girls at ALPHA House attend school virtually and as the state moves forward with plans, she hopes they keep students’ health a top priority.

“As far as the State of Florida, I feel they’re not following the CDC guidelines and they’re kind of just going on their own.

Basically you’re faced with an impossible decision because you have to decide if you want to risk your child’s health while they’re being educated,” said Stracick