Diablo IV is still in early phases of development and Blizzard still hasn’t locked in key progression systems just yet. Now we get a glimpse at another experimental system that could power the final game. 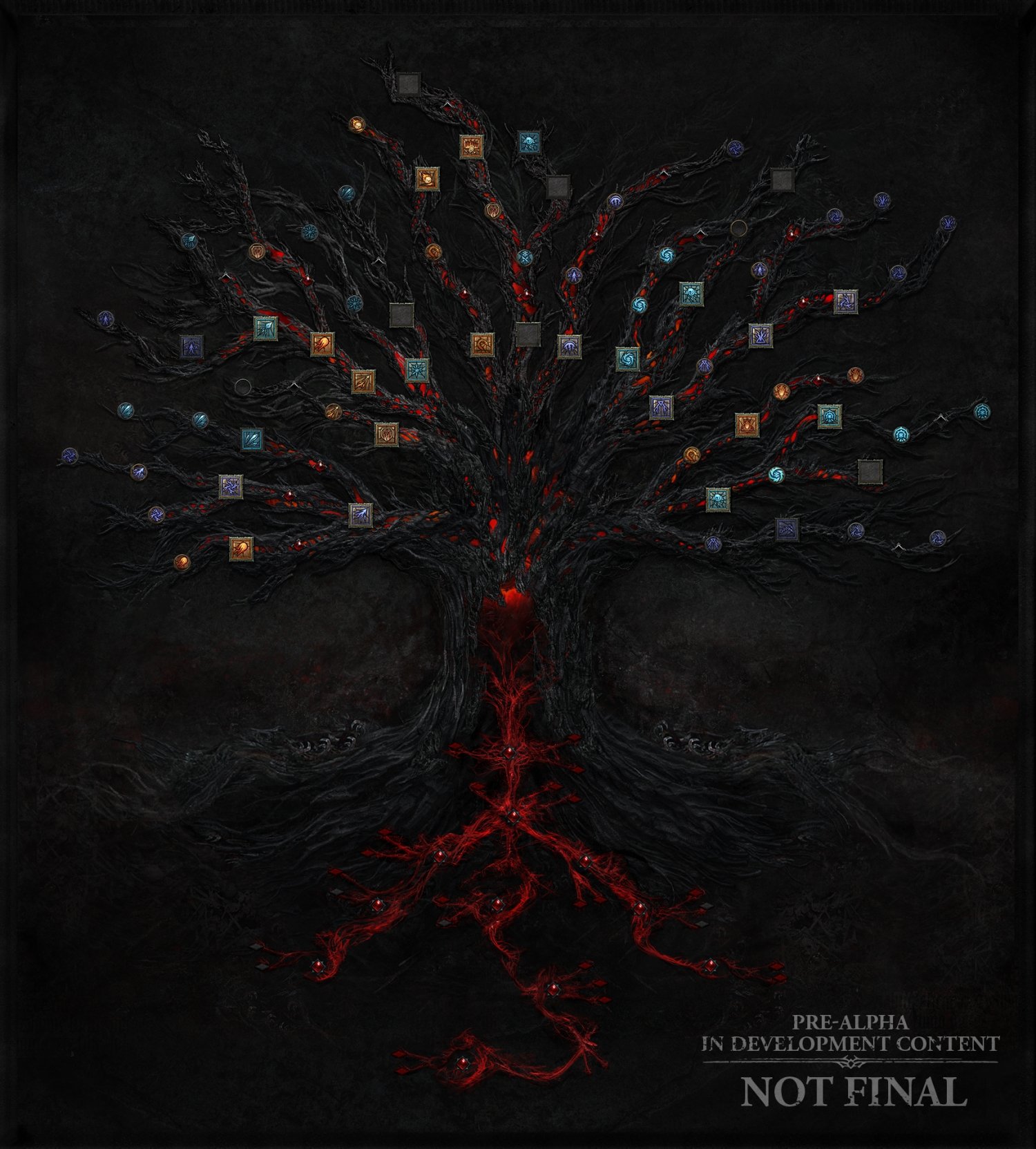 The tree’s branches are filled with unlockable main skills like Ball Lightning, Charged Bolt, and Blizzard, as well as Talents that buff specific skills. Skills and Talents are both on the branches of the tree. Then there’s Passives, which are on the bottom and are denoted by red nodes. The upper portion of the tree has nodes that give you Passive points to spend on the bottom. These Passives can significantly change the viability, role, and efficacy of your character build.

One disappointing thing to note is Blizzard says gamers can’t unlock everything in the skill tree, and only ~40% of the upgrades and skills can be unlocked and used. This leaves lots of room for error and potentially wasted time. Hopefully respecs will be common. Previously, Blizzard said you couldn’t actually respec your character and the skill tomes, which are used to unlock new abilities, would be plentiful.

All that has changed. 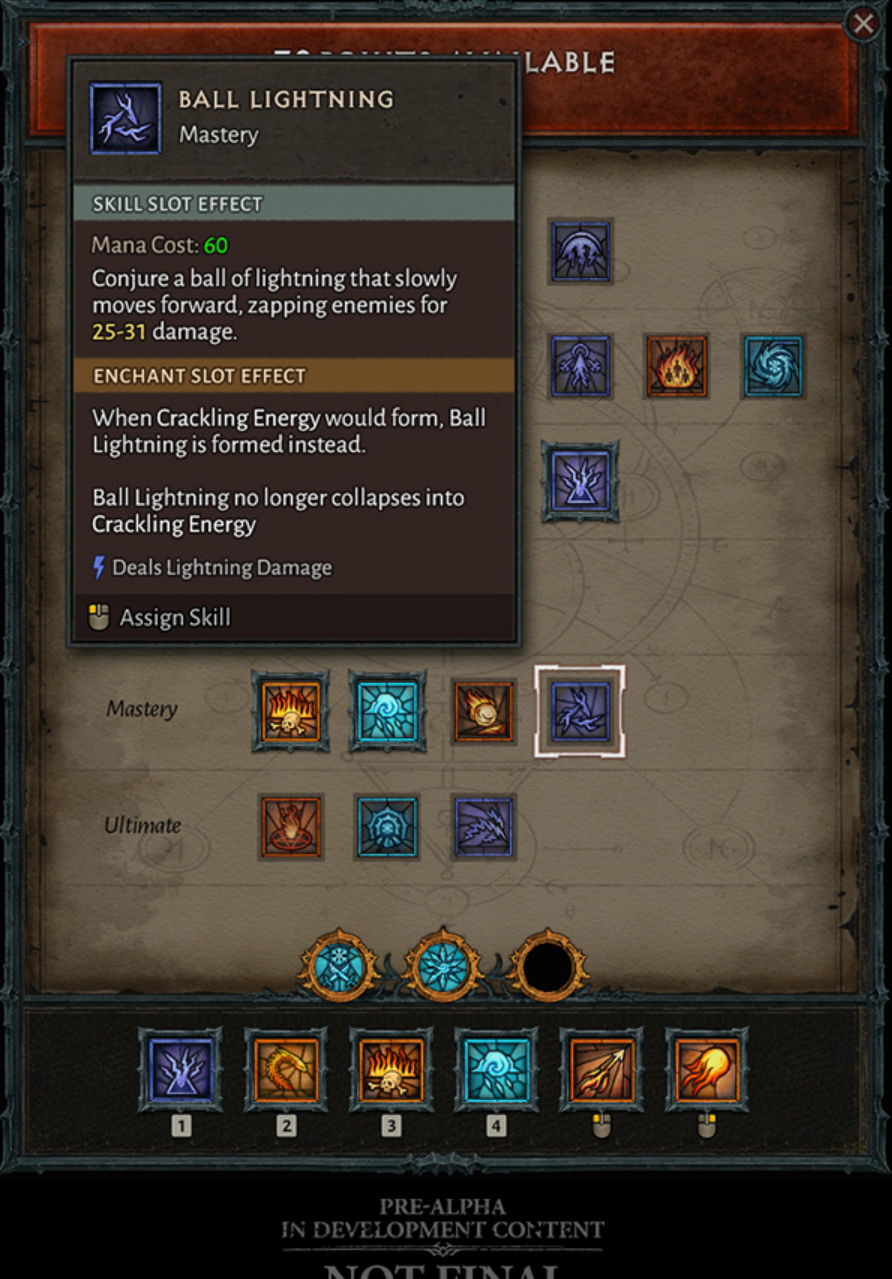 The best part of the update was the new Sorceress Enchantment system. Blizzard wants to add class-specific upgrades/features for every class in the game. The Barbarian has the Arsenal system, which lets him equip 3 different weapons including dual-wielding 2-handers. The Sorceress has the Enchantment system.

Essentially the Enchantment System allows Sorcs to swap transform their build on-the-fly. The Sorc has two types of slots: Active slots, which are for usable skills, and Enchantment slots.

You can put skills like Blizzard, Charged Bolt, Lightning, Fireball, or Blizzard into an Active Slot to use it in battle, or pop it into an Enchantment Slot. If you do the latter, the skill can’t be used in battle, but gives you nifty passive bonuses.

This allows you to transform any active skill that’s unlocked into a passive bonus ability that buffs specific features and attributes. The system will afford lots of strategy for builds that need tweaks on-the-fly to beat certain bosses and challenges.

Remember that none of this is finalized. Blizzard probably won’t keep most of these features so don’t get too attached. The developers constantly shift and iterate over time and the plans are in flux. They’re more likely to keep features you like, but I still wouldn’t put too much stock in these updates.

There’s no word when Diablo IV will be ready.