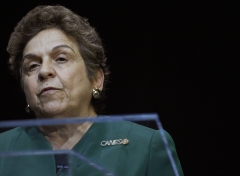 As it stands now, a maximum 90 percent of for-profit colleges’ and universities’ revenue may come from federal sources, while the remaining 10 percent must come from private sales. Traditionally, the GI Bill is the exception to this rule and isn’t included in the 90-percent cap.

Rep. Shalala’s bill, however, would change the “90/10” proportion to “80/20” and require the new ratio to apply to recipients of the GI Bill, therefore discouraging veteran enrollment at for-profit colleges and universities. This proposed rule change puts already-handicapped for-profit schools at a disadvantage and, by extension, veterans.

At a time when the unemployment rate—though recently halved thanks to a variety of government-sponsored COVID-19 relief programs—hovers around 8.4 percent, Democrats are forcing our veterans into traditional colleges and universities where students often graduate with a lack of marketable skills.

Our veterans struggle enough as it is re-entering the civilian world. Forcing them into colleges and universities that often fail to equip alumni with the marketable skills needed in a highly competitive job market is wrong, especially when unemployment is so high.

Veterans, instead, should be free to choose the educational opportunity that best fits their needs, goals, and lifestyle. Democrats for too long have felt entitled to siphon taxpayers’ hard-earned dollars to “woke” colleges and universities that churn out an abundance of politically correct degrees and not enough nurses, lab technicians, dental assistants, and the like.

It’s students and faculty members at career-oriented schools that are rolling up their sleeves and learning and teaching valuable skills that will translate into good-paying, in-demand jobs in the marketplace—jobs that help improve the lives of consumers all across the country.

And a greater percentage of women than men have suffered a total loss of income as a result of the pandemic and pandemic-related lockdowns, a shift that has prompted some to dub the economic downturn a “she-cession.” Limiting women’s educational options right now isn’t the way to reverse this concerning trend.

Women instead should have every available resource at their fingertips. They shouldn’t be forced to choose among public colleges and universities that silence self-expression and teach climate-change talking points, but instead have the option to attend career-focused schools that actually train students how to build the catalytic converters that reduce potentially harmful emissions.

Scott Shaw—chief executive officer of Lincoln Tech, a career school that offers classes in the skilled trades, automotive technology, health sciences, and other areas of study—said during a recent investor call that he anticipates the demand for career schools to increase, especially if the job market remains tenuous.

“We continue to believe that with the dramatic rise in the unemployment rate and the increasing realization that many of the unemployed won’t have jobs to come back to once the nation’s economy is fully reopened, demand for our programs will increase even further as it has in past economic downturns,” he said.

As Americans struggling to put food on the table map the best path forward for themselves and their families, it’s critical lawmakers don’t constrict consumer options, especially those of our military men and women who have more than earned the right to choose the educational route they believe can guide them to a steady, reliable paycheck in a post-COVID world.

Democrats should wake up and realize the error of their ways in pushing hard for burdensome regulation of career-oriented private colleges and universities.