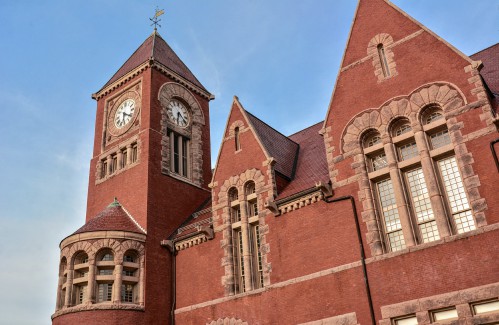 AMHERST — A possible loss of nearly $8 million in state aid for public schools in Amherst would significantly affect the quality of education, eliminate services and reduce equitable access, according to a resolution the Town Council is sending to state officials.

The Town Council Monday voted 13-0 to adopt a joint resolution, which the Amherst and Amherst-Pelham Regional school committees are also expected to sign onto, which calls for maintaining the “hold harmless” provision for how chapter 70 school aid is calculated.

While this provision that relates to a city or town’s ability to pay for school costs is not yet in jeopardy, the Massachusetts Business Alliance for Education and Greater Boston Chamber of Commerce recently issued a report, in response to input sought under the Student Opportunity Act, that includes phasing out “hold harmless” and eliminating minimum aid to school districts.

Finance Director Sean Mangano wrote a memo to Town Manager Paul Bockelman that under “hold harmless,” a community continues to receive at least the same amount of chapter 70 school aid every year, even if the formula shows that a community is considered wealthy. Amherst might be seen as more well to do based on property values and income, which are both used in the formula.

“By far, this is the most consequential recommendation made by the Massachusetts Business Alliance and it would have an unimaginably negative impact on the quality of education in Amherst and many other communities,” Mangano writes.

The Student Opportunity Act was signed into law last year by Gov. Charlie Baker and is supposed to see the investment of an additional $1.5 billion into K-12 education across the state over the next seven years.

But even though Mangano told the Town Council the state law is supposed to increase chapter 70, the act also directed the Department of Elementary and Secondary Education and the Department of Local Services to jointly study and report on the fairness of chapter 70’s municipal ability to pay calculation, required local contributions and school aid amounts.

At-Large Councilor Alisa Brewer said there is no way for the town to make up almost $8 million if this aid is lost.

In the resolution, councilors note that “such a loss would have a negative impact on the equitable access to and quality of education in our communities, resulting in a dramatic reduction to services,” that would include cuts to staff and the need for larger class sizes, removal of elective programs, specials and extracurricular activities and major reductions to special education, English Language Learners and Title I  and similar intervention services.

“This loss would have a devastating ripple effect throughout our communities, as the decrease in public school quality would decrease property values, thereby reducing our ability to fund our schools through property taxes (the rates for which already approach the $25 per thousand cap in all member towns), which in turn would drive down property values further in an unrecoverable cycle.”

Scott Merzbach can be reached at [email protected]