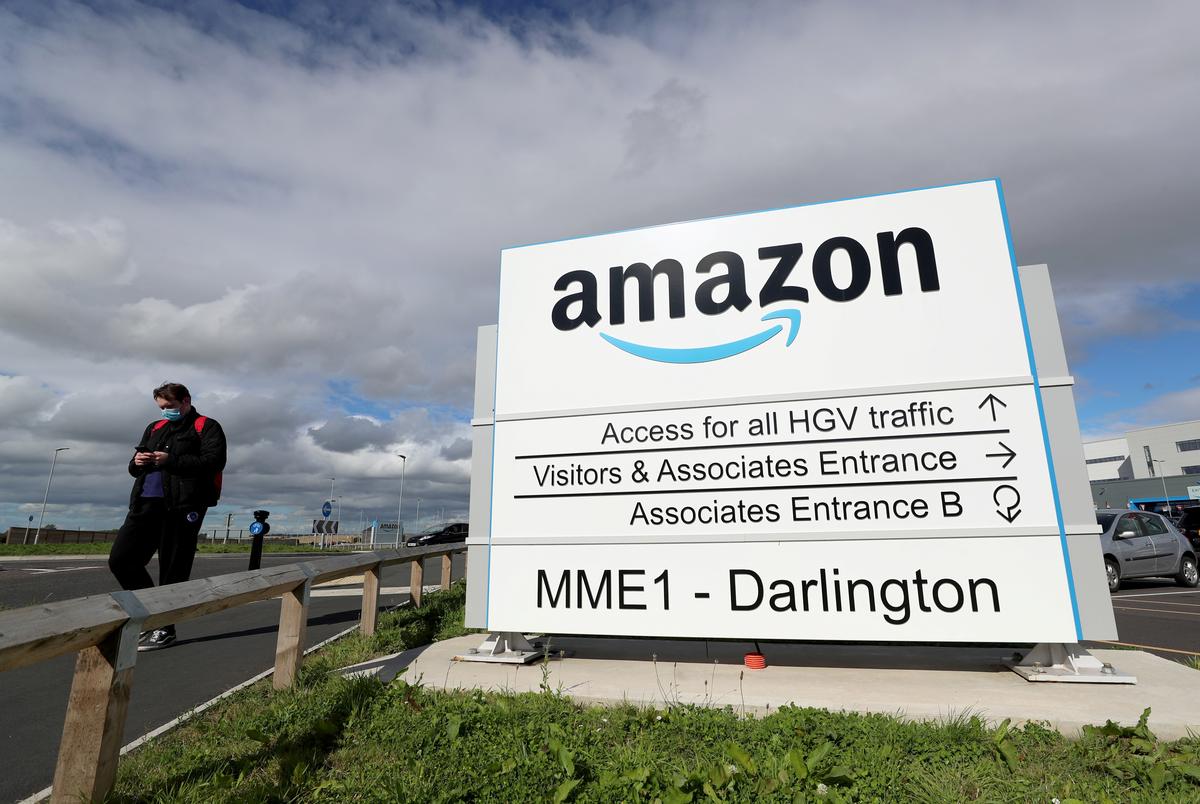 An Amazon logo is seen at its centre in Darlington, County Durham, Britain September 3, 2020. REUTERS/Lee Smith

Last month the number of people in work in Britain suffered the biggest drop since 2009 and the coronavirus is expected to take a much heavier toll on unemployment when the government winds down its huge job-protection scheme.

The one bright spot however has come from online retail and logistics as orders surged during lockdown. Amazon’s latest recruitment will take its total UK workforce to over 40,000 by the end of the year.

The U.S. internet giant said the 7,000 new roles will be for warehouse workers, as well as engineers, HR and IT professionals and health and safety and finance specialists.

The jobs will be in over 50 sites, including two new distribution centres in the north east and central England and at corporate offices.

It said it needed more staff to meet growing customer demand for its services and to enable small and medium sized enterprises selling on Amazon to scale their businesses.

Amazon has also started recruiting for more than 20,000 seasonal positions across the UK for the festive period.

Last month the Confederation of British Industry said British retailers had cut the most jobs since the depths of the financial crisis and expected the pace of losses to accelerate.