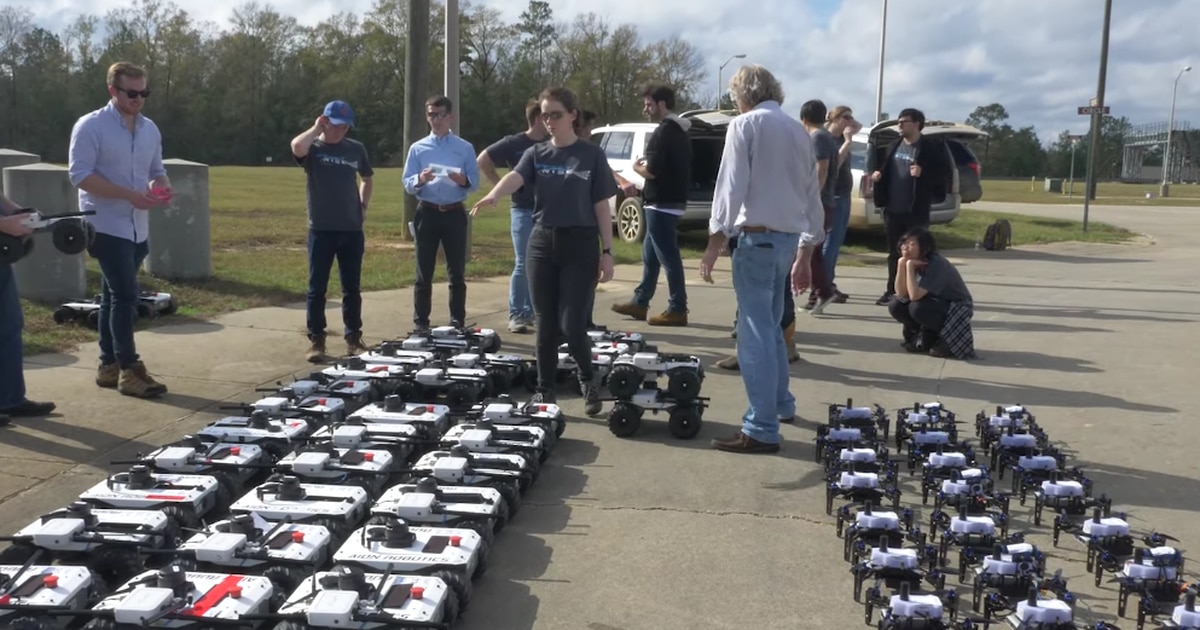 The agency responsible for the internet, GPS and stealth aircraft has produced a whole lot of weird in the 62 years since its foundation.

For every one of the Defense Advanced Research Projects Agency’s wild successes, there seem to be a plethora of wild failures – projects like mechanical elephants or telepathy research. What makes DARPA so unique is its ability to go outside the red tape of bureaucracy to innovate. DARPA isn’t subject to the same acquisition rules as other agencies, which means it has fewer restrictions on the scientists and innovators it can hire and the salaries it can offer.

The agency also has fewer financial limitations, enabling it to invest in longshot projects with the hopes they’ll pay off – they’re basically the military’s innovative venture capitalists.

Here are some of the more interesting projects to come out of DARPA’s “high-risk, high-reward” environment.

Perhaps the most aptly named project on this list, the Energy Autonomous Tactical Robot program sought to create robots that could feed off plants just as animals do. EATR would have enabled robots to remain in surveillance or defensive positions without resupply much longer than humans or robots with more limited power sources.

“We completely understand the public’s concern about futuristic robots feeding on the human population, but that is not our mission,” Cyclone Power Technologies CEO Harry Schoell said in a press release.

Before the project stopped development in 2015, its engineers estimated that EATR would be able to travel 100 miles for every 150 pounds of biomass consumed.

Sign up for the Air Force Times Daily News Roundup

By giving us your email, you are opting in to the Air Force Times Daily News Roundup.

2. Houses that repair themselves

Imagine soldiers fashioning buildings and fortifications out of lightweight scaffolds instead of plywood, two-by-fours, and heavy sandbags. Then, those scaffolds quickly begin to fill in with durable material all on their own. And when that material is damaged, it grows right back to where it was.

That’s the goal of DARPA’s Engineering Living Materials program – to create building materials that can be grown where needed and repair themselves when damaged. As researchers make progress with 3D printed organs and tissues, DARPA hopes to use similar technologies to create hybrid materials that can shape and support the growth of engineered cells.

“Instead of shipping finished materials, we can ship precursors and rapidly grow them on site using local resources. And, since the materials will be alive, they will be able to respond to changes in their environment and heal themselves in response to damage,” project manager Justin Gallivan said.

Blood pharming successfully decreased the cost of transfusable units from more than $90,000 to less than $5,000.

Blood pharming is the process of creating red blood cells from cell sources in a lab rather than inside a human body. DARPA’s Blood Pharming program was projected to increase the efficiency of production and lower the high costs associated with growing red blood cells.

If completely successful, the program would have greatly increased access to transfusable blood for soldiers and hospitals around the world and reduced the risk of disease transmission during a transfusion.

The program was successful in decreasing the cost of synthetic blood from over $90,000 down to under $5,000 per unit, a 2013 press release stated, but new information has not been released since, and the program was not listed in recent budget documents.

Unmanned Aerial Vehicles may be all the rage, but they’re clunky and require people to design and assemble every piece. What if there were a way to piggyback sensors on flying creatures for free?

DARPA’s spy bugs were part of a 2006 project that wanted to implant transmitters in insects to use them for surveillance. The Hybrid Insect Micro-Electro-Mechanical Systems program was run by teams from the University of Michigan and Cornell University.

In 2009, Cornell engineers revealed a prototype of a radioactively-powered transmitter for the cyborg insects. Nickle-23 isotopes would provide ample power to the sensors and transmitters the bugs might carry while remaining harmless to humans.

DARPA doesn’t just focus on cool gadgets for fighting wars. The agency also funds research on solutions for the negative effects war can have on soldiers.

The Systems-Based Neurotechnology for Emerging Therapies program is tasked with creating “an implanted, closed-loop diagnostic and therapeutic system for treating, and possibly even curing, neuropsychiatric illness,” according to a DARPA press release.

Because of the ramifications of such a device, SUBNETS has special ethics experts to help them create a safe piece of neurotechnology.

Heavy lifting is one of the largest challenges affecting troops’ health and performance. Recognizing the affect the weight of soldiers’ loads can have on them, DARPA began working with robotics company Boston Dynamics to create the Legged Squad Support System.

Capable of carrying 400 pounds, the LS3 is intended to deploy with an infantry squad. DARPA’s website states the program’s goal as “to develop a robot that will go through the same terrain the squad goes through without hindering the squad’s mission.”

DARPA also invests in researching space travel. Project Orion is a program from 1958 intended to research a new means of spaceship propulsion. This hypothetical model of propulsion relied on nuclear bomb detonations to power a craft forward and was supposedly capable of hitting astonishing speeds.

However, DARPA officials were worried about nuclear fallout, and when the Partial Test Ban Treaty of 1963 outlawed detonations of nuclear weapons in outer space, the project was dropped.

In the 1960s, DARPA began researching vehicles that would enable troops and equipment to move more freely in the dense terrain of Vietnam.

Following the footsteps of Hannibal before them, DARPA researchers decided that elephants could be the right tool for the job. They began one of the most infamous projects in DARPA history: the quest for a mechanical elephant. The end result would be capable of transporting heavy loads with servo-actuated legs.

When the director of DARPA heard of the project, he immediately shut it down, hoping that Congress wouldn’t hear of it and cut the agency’s funding, according to New Scientist.