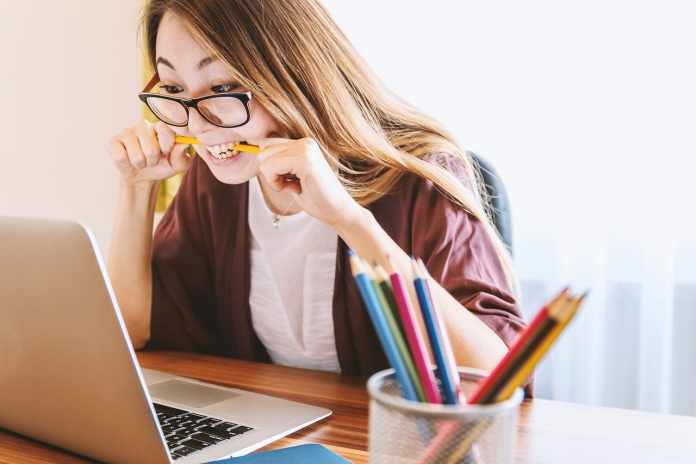 Computer science is a large subject covering a lot of different areas. Computer scientists might design new software, solve computing problems or develop new and innovative ways to use technology.

Computer scientists use logical thinking and problem-solving abilities to create new technologies and solve issues that impact a surprising number of industries.

Scientists in Scotland are using data science, which is a specific branch of computer science, to better understand the welfare of pigs which are being bred for meat. They have taken a group of pigs and over many months recorded thousands of images of their faces, using a camera that is cleverly positioned above the pump which they use to drink water from.

They have then fed all of these images into facial recognition software so that the software can identify which pig is based purely on their faces. This could eliminate the need for tagging, which is a painful process where a hole is made in the pig’s ear and a plastic tag identifying them is inserted.

Even more amazingly, the scientists are now expanding the study further to try to recognize the mood of the pig. They have recorded the different facial expressions that the pigs display and from that have created a catalogue of their moods. They actually interpreted the moods of the pigs using an algorithm that was designed for humans, as there are a lot of similarities between the facial expressions of pigs and humans. For example, both pigs and humans screw up their eyes if they are in pain.

Scientists hope that these insights will be able to be used to alert farmers to mood changes in their pigs and to help them to rectify the issue if the pigs are showing signs of distress. It could also be used to reassure consumers that the meat they are eating really did come from a ‘happy’ pig.

If you’re interested in this study, it’s covered in the Netflix documentary series ‘Connected’.

AI (Artificial Intelligence) and data science are being used in the fight against coronavirus, as well as other illnesses like seasonal flu.

Data scientists collect data regarding where outbreaks are occurring and then cross-reference this with other factors, such as the behaviours of those who were infected in the run-up to their infection and after they were infected. They can then cross-reference this further with things like weather patterns, age groups of the people studied and seasonality in order to predict what is likely to happen next with the virus outbreak, based on how people are behaving, and therefore what steps can be taken to slow the outbreak.

For example, data scientists know that greater movement of people means a greater spread of the virus, which is why lockdown measures were implemented. They can also use their insights to warn health care providers of expected spikes in infections so that they can ensure that they are prepared for the influx of patients. Without this insight, there would be a lot of people who would be unable to receive the treatment that they needed.

Online dating has revolutionized the dating world. Since the first dating site, match.com was founded in 1995 there has been no need to go out to hot sweaty clubs or crowded bars in the hope of meeting your perfect match. You can meet the partner of your dreams simply by setting up a profile online and allowing an algorithm designed by computer scientists to find your perfect match.

Since then dating online has come even further, with algorithms allowing dating apps like Tinder and Hinge to show you potential matches based on their proximity to you using GPS technology. The Tinder algorithm has actually received some criticism by going even further than this – allocating ‘scores’ to its users and showing potential matches based on their attractiveness.

If you’d like to put your computer science masters to good use, you can’t get much better than helping to fight blindness.

According to the World Health Organization, an estimated 1.8 billion people are living with some form of visual impairment, with the issue being particularly pronounced in developing countries. Lack of access to healthcare can mean that even preventable diseases are causing blindness in some places.

AI is helping to combat this issue by being used to identify early signs of diabetic retinopathy. This is a preventable condition but it is rarely caught early enough and so causes a huge amount of people to become visually impaired. The AI has been taught to recognize the signs of this condition, meaning it can be identified in a matter of minutes without the need for a doctor or an ophthalmologist. Similar systems are also being used to identify signs of glaucoma and age-related macular degeneration.

A huge project is underway to combine the data from a number of satellites on the way that global warming is affecting the world. This data will then be combined with information from big companies on deforestation, and other possible triggers for global warming, to help provide definitive proof of the ways that global supply chains are exacerbating global warming and what we can do to try and solve it.

Data science is being used in developing countries to help them to monitor changes such as weather patterns. This will help to improve agricultural productivity as farmers will be able to plant crops and keep livestock which is likely to thrive in the expected weather conditions.

The technology is also being used to monitor the outbreak of the disease in order to help countries to manage outbreaks and to stop the disease from spreading.

The 2011 film Moneyball, based on Michael Lewis’ 2003 book ‘The Art Of Winning An Unfair Game,’ tells the story of a baseball team who are short on cash and using statistical analysis to help them to choose the players most likely to perform well. The factual accuracy of the story has been questioned, however, it is true that sporting teams rely heavily on data analysis to help them to perform well.

Prediction of weather patterns can help them to predict their chances of winning, and knowing the strengths and weaknesses of one player type against another can help with optimum team selection.