Republican Senator Tom Cotton of Arkansas said Democratic nominee Joe Biden would “continue to send our jobs to China” if he were to win the November 3 election as President Donald Trump’s campaign team attacked their rival over his record on the country.

© Mark Wilson/Getty Images
Sen. Tom Cotton speaks to the media after attending a briefing with administration officials on January 8, 2020 in Washington, DC. The Republican said Biden would continue shipping U.S. jobs to China if he is elected president in November.

“And over the last 20 years that decision supercharged the loss of manufacturing jobs, and Joe Biden just defended it last week.”

U.S.-China relations have been a key talking point of the 2020 presidential election campaign, with both Trump and Biden trying to paint one another as subservient to the country.

“I am running for re-election to bring prosperity to Nevada, to put violent criminals behind bars, and to ensure the future belongs to AMERICA—NOT China,” Trump tweeted on Sunday. “If we win, AMERICA WINS! If Biden wins, China wins.”

The president’s campaign team launched an attack ad in mid-August that targeted Hunter Biden’s business dealings in the country, and claimed that his father Joe would “stand up for China” in the Oval Office.

Team Trump has also sought to link Biden’s prior stances on China with a decline in U.S. manufacturing jobs. A study published by Stanford in 2019 concluded that there was “no evidence that Chinese import competition generated net job losses” because manufacturing job losses were more than offset by job creation elsewhere in services.

Former Vice President Biden has repeatedly pitched himself as tough on China over the past few months while suggesting Trump has let the country “off the hook” when it comes to international trade rules.

Speaking to reporters on a Yahoo! News webinar, Biden said China had to “play by the international rules” and argued that the U.S. had “disarmed” itself by not working with allies on China.

“Mr. President—If you’re so good at making deals, then why does your trade deal cost American workers so much pain while letting China off the hook for its biggest trade abuses?” Biden tweeted on September 8.

He also shared a campaign video arguing that Trump’s policy on China had “inflicted maximum pain on American workers and consumers” by launching a trade war with Beijing without the support of other nations.

Newsweek has contacted the Biden campaign for comment. This article will be updated with any response.

Tue Sep 15 , 2020
The China Association for Science and Technology published 20 key scientific and technological questions, 10 in frontier science and 10 in engineering, on Saturday with the goal of raising awareness and support for the international scientific community to jointly tackle these challenges. The 10 frontier scientific questions include the biological […] 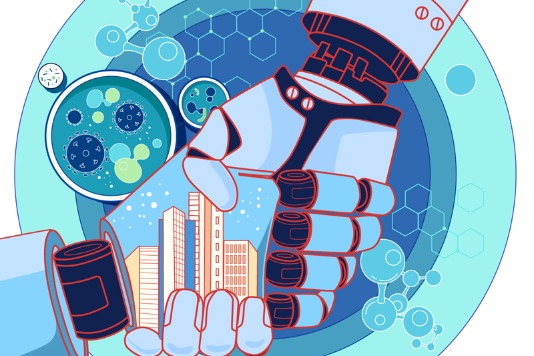