ROCKFORD, Ill. (WIFR) – Come November, Stillman Valley voters won’t just be seeing the presidential vote on the ballot. Voters will also have to make a decision on permanently increasing taxes paid to the Meridian School District, as well.

District officials explained the bill actually won’t translate to more money paid, but that he tax increase has been in effect for the last six years. Essentially, a vote yes would continue the status quo, according to district officials. They said the tax is based on property value and as long as a home’s value doesn’t change, neither will taxes. Officials also pointed to the data showing a need for increased funding during a time of social distancing.

“So at the time the referendum was passed we had over an a million dollar deficit so the influx of money first allowed us to stabilize,” said Meridian School District Superintendent PJ Caposey. “Once we stabilized we were able to bring back some of the programs that were reduced. At the time we no longer had junior high sports, we had eliminated counseling at the elementary school. So, we were able to bring those things back…”

Superintendent Caposey also said there will be a town hall and several face to face discussions about the referendum. A virtual town hall on the topic is set for Sept. 15, and a face-to-face meeting is set for Sept. 22 at the Stillman Valley Fire Department.

Fri Sep 11 , 2020
It is not often a graduation ceremony comes to the student. And the number of times a ceremony that includes West Texas A&M University president Walter Wendler and four other top administrators driving 436 miles round-trip to present a bachelor’s degree to a graduate can be counted on one finger. […] 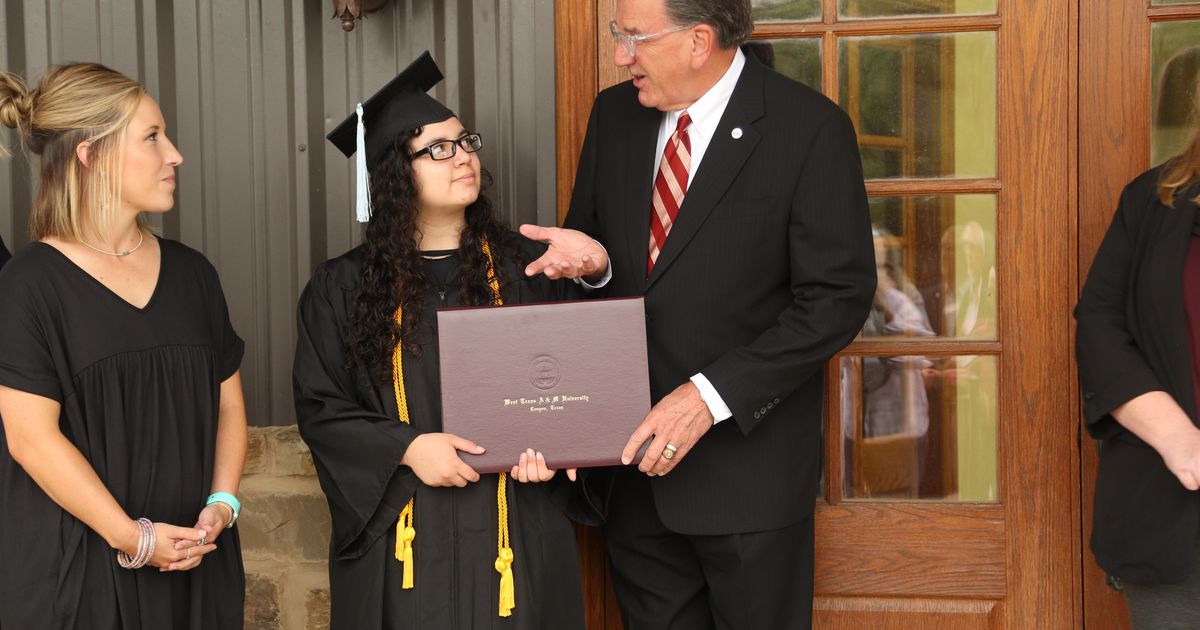