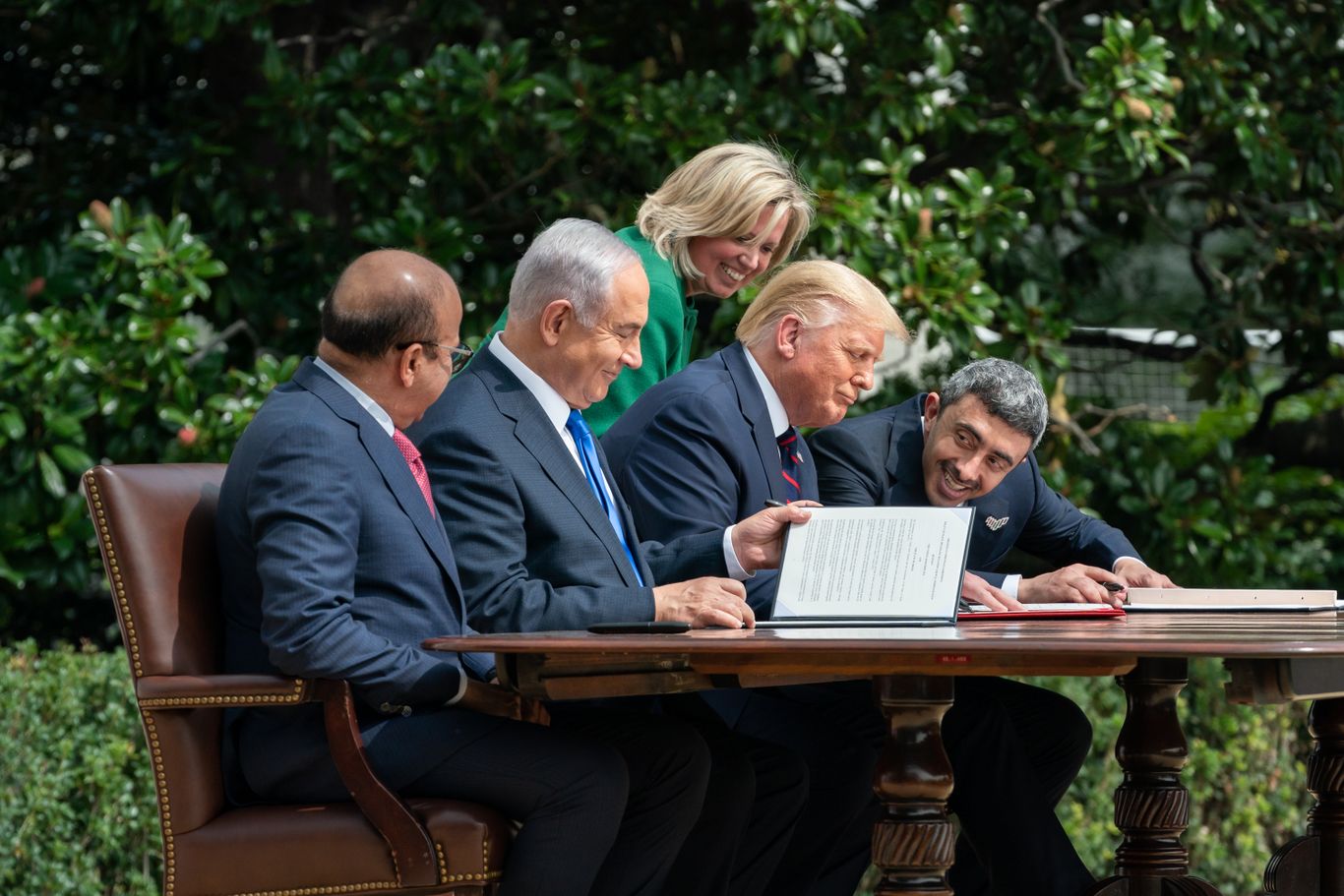 The peace treaty between Israel and the United Arab Emirates states that both countries are committed to “working together for a negotiated solution for the Israeli-Palestinian conflict that will meet the aspirations and needs of both parties.”

The big picture: The Israel-UAE treaty references the peace agreements Israel has with Egypt and Jordan and President Trump’s “vision of peace,” presented in January. The text also says that Israel and the UAE commit to make effort to achieve a “just, comprehensive, realistic and long lasting” solution to the Israeli-Palestinian conflict.