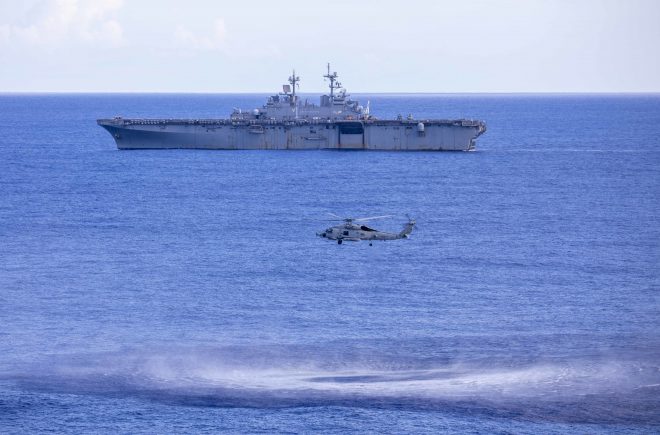 The Navy is expanding how it coordinates anti-submarine warfare missions in an exercise the service began in the Atlantic last week, as Russia continues to have a more active presence in waters off the U.S. coast.
Now that the Navy’s recently reactivated U.S. 2nd Fleet is fully operational, the service is using the command structure that organization allows to sharpen its anti-submarine warfare skillset this week in Exercise Black Widow 2020 in the North Atlantic.

The exercise, which began last week, will concentrate on undersea warfare drills to practice potential combat scenarios and work on communications, the Navy said.