New research shows how security skills are lacking across multiple IT disciplines as well – including network engineers, sys admins, and cloud developers.

Nearly three out of four organizations are struggling with a gap in security skills, and 68% of IT and security professionals say they work on advancing their cyber skills on their own time, outside of work.

According to new data released today from Cybrary, 46% of organizations do not confirm new-hires’ skills for specific roles and 40% rarely or never assess the skills of newly onboarded team members.

The shortage of cybersecurity workers has been well-documented. While that gap has dogged security teams, IT teams also suffer from similar security skill shortcomings – so much so that 65% of 800 IT and security pros surveyed by Cybrary say the lack of security skills has a negative impact on their team’s effectiveness.

Ryan Corey, CEO of Cybrary, an 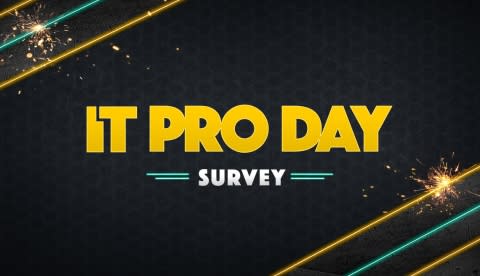 SolarWinds (NYSE:SWI), a leading provider of powerful and affordable IT management software, today announced the findings from its IT Pro Day 2020 survey: You Were Built for This. The survey results explore IT professionals’ journeys throughout COVID-19, how their responsibilities shifted in response to this unprecedented event, and how they envision the role of IT evolving in the future. The survey supports IT Professionals Day, which is observed on the third Tuesday of every September (September 15, 2020), and aims to celebrate all IT pros and recognize the expanding range of technologies they manage and rapid pace of change they face.

The IT Pro Day 2020 survey: You Were Built for This polled global IT professionals who participate in the SolarWinds THWACK user community

In support of IT Professionals Day on Sept. 15, a new survey explores the changes, stressors, and shifting responsibilities COVID-19 has put on IT staff.

No longer relegated to a back room or basement, IT professionals demonstrated their mettle as they helmed the lightning-fast switch from on-site office to working-from-home. The wicked-fast transfer and challenging responsibilities, expanded roles, and agile adaptability,built and increased IT pros’ confidence, and reminded company leaders of IT’s importance.

A new report from SolarWinds, IT Pro Day 2020 Survey: You Were Built for This, reviews the critical role IT pros had during the pandemic and its unprecedented impact on the enterprise. “The success of organizations during this unique time is due in large part to IT pros’ preparedness and inherent ability to adapt and manage through substantial change,” said Rani Johnson, chief information officer, SolarWinds, in a press release.