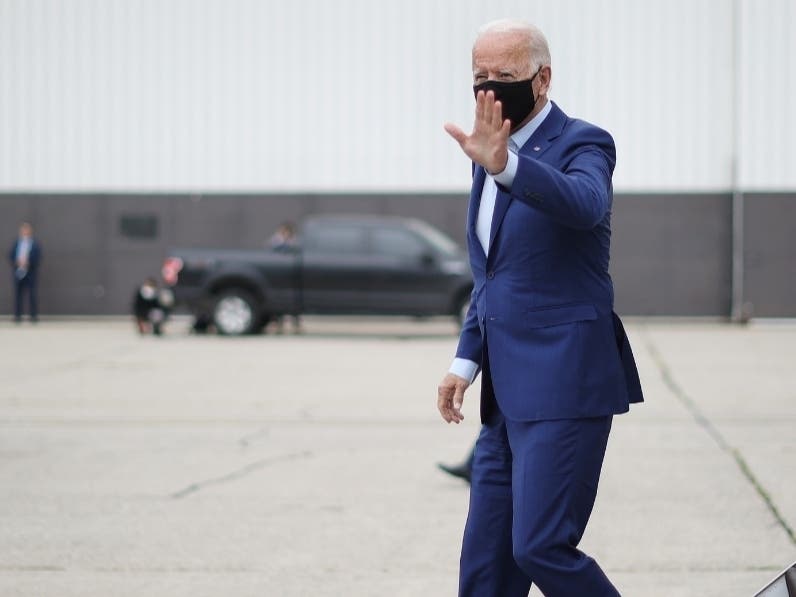 MICHIGAN — A two-pronged plan that includes focusing on building and buying American-made products was the focus of a speech Wednesday by Democratic presidential nominee Joe Biden in Warren.

Speaking to a socially distanced crowd spread across a parking lot at the United Auto Workers Region 1 headquarters, Biden spoke of maintaining and creating jobs on American soil. He also said President Donald Trump has lied throughout his presidency about promises to prioritize American jobs.

“Donald Trump makes a lot of promises,” Biden said. “He promised that he alone could stop the offshoring jobs. He promised he’d bring back jobs (and) stop companies from leaving.

“He now hopes we don’t notice what he said and won’t remember.”