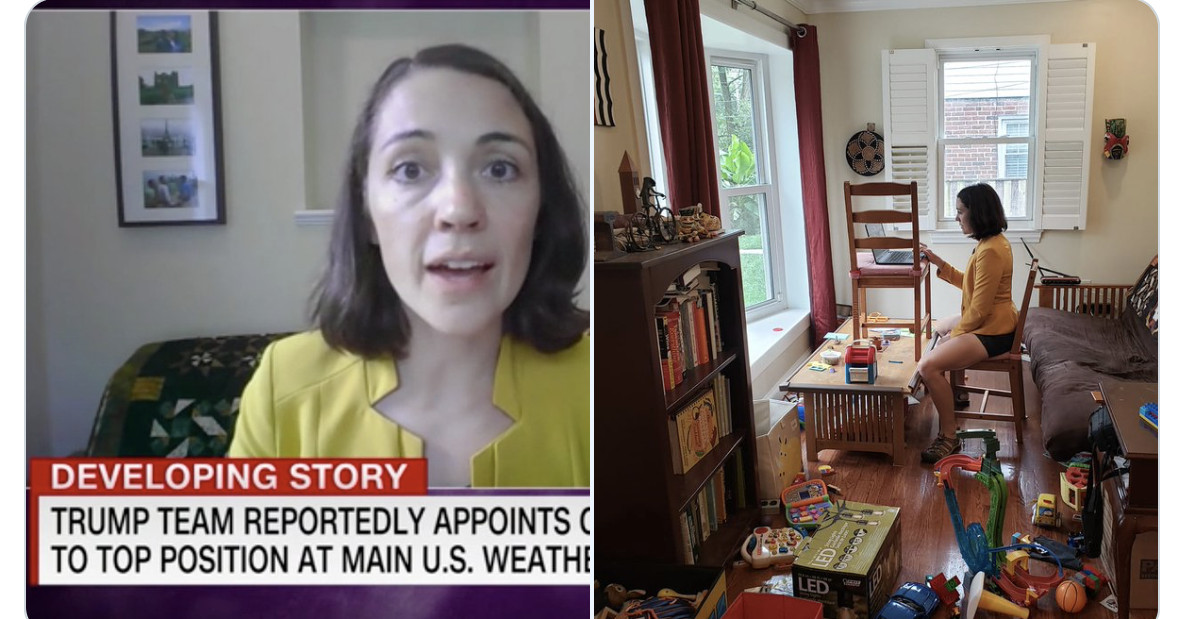 On Tuesday, Goldman posted a side-by-side photo to Twitter of herself during a CNN interview compared to the messy reality of the work-from-home mother’s Washington, D.C. home.

“I was surprised how much it resonated with people,” Goldman said of the tweet, which as of Wednesday afternoon has more than a quarter-million “Likes” and 30,000 retweets.

The first photo shows Goldman — who is research director for the Center of Science and Democracy at the Union of Concerned Scientists and has a Ph.D. in environmental engineering from the Georgia Institute of Technology — during a Monday interview with CNN.

She was on air to critique the appointment of David Legates, a University of Delaware professor of climatology, to the National Oceanic and