Less than four miles separate Lower Merion High School in Ardmore from Overbrook High School in West Philadelphia, but the two schools and their communities are worlds apart.

© MONICA HERNDON/The Philadelphia Inquirer/TNS
Protesters make their way along City Avenue as part of a rally and march to highlight inequities in suburban and city public schools.

During a recent school year, Lower Merion spent $26,422 per student — at least $12,000 more per student than the Philadelphia School District could muster.

Philly public schools will stay all-online at least until NovemberThat contrast has existed for a long time, but for Kisara Freeman, and three other rising seniors at Lower Merion High this summer of protests and widespread social and economic upheaval has become the time to do something.

“I believe a lot of people in Lower Merion, including myself, have grown up in a bubble and have not understood that 17-year-olds just across the street don’t get the same education that we do,” said Freeman, speaking Sunday before a rally at Cynwyd Station Park in Bala Cynwyd that attracted an estimated 150 participants. It was followed by a solidarity march to Tustin Playground and Recreation Center across the street from Overbrook High — and across City Avenue from Lower Merion.


Freeman and her friends, Caitlin McGinty, and sisters Megan and Michaela Craig, said they were inspired to get more active in their community by attending the protests in Philadelphia in June over the police killing of George Floyd in Minneapolis. Three of them were there on what they called “tear gas Monday” and were stunned to experience how police officers could see the 17-year-olds on the ground crying like they were and not blink an eye.

© MONICA HERNDON/The Philadelphia Inquirer/TNS
Decrying the inequity of resources between suburban and city public schools, protesters walk on City Avenue Sunday as part of a rally and solidarity march from Lower Merion to Overbrook High School in West Philadelphia.


Philly Police Commissioner Danielle Outlaw, Mayor Jim Kenney apologize for teargassing of protesters on 676In concrete terms, the friends are affiliating with a group called I Will Breathe, which is working on ways to foster connections between city and suburban schools, with the goal of “sharing our resources with them,” Freeman said.

She said they might be able to share laptops or find a way for Overbrook students to use Lower Merion’s athletic fields or participate in the school’s theater program.

Nasir Bell, an I Will Breathe organizer and a speaker at the rally, said afterwards that I Will Breathe wants to encourage social activism projects that will enable urban and suburban schools to help each other. It could be as simple as raising money for sorely needed books in city schools, he said.

Other speakers in Bala Cynwyd included activists and educators. They were joined by State Sen. Vincent Hughes, a Democrat from Philadelphia. Speakers’ themes included the argument that increasing equity in education would benefit all. Some tried to impress on the mostly white crowd that the trauma of political, economic, and public health crises all at once is what Black life in the United States is like during normal times.

McGinty, one of the rally organizers, called for an end to the disparity between the education she’s gotten in Lower Merion and the one provided to peers just a short distance away.

Visit The Philadelphia Inquirer at www.inquirer.com

MoU for skill development in Port and Maritime sector signed between Ministry of Shipping, MSDE 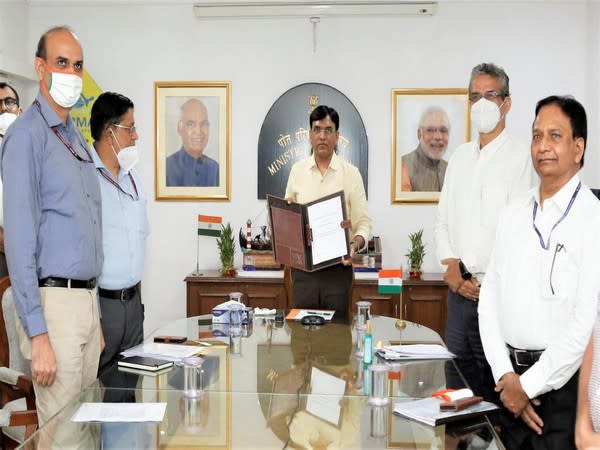