STIMULUS STALEMATE — And we’re back! The Senate returns to Washington today after its summer recess, with a government funding deadline looming and Republicans looking to revive the stalled stimulus talks by pushing a new “skinny” proposal. But lawmakers only have a few weeks before they leave town again for the campaign trail, and as of right now, the path to a coronavirus deal is narrow at best and going nowhere at worst.

Majority Leader Mitch McConnell doesn’t even have 51 votes for the Senate GOP’s pared back coronavirus bill yet, let alone the 60 needed to overcome a filibuster, per my colleagues. And some Senate Republicans want to include language related to “school choice” programs, further complicating McConnell’s effort to round up GOP support for the package. (Though our friends at Playbook report that the White House will embrace a $1.5 trillion price tag this week, which represents some “baby steps” toward progress.)

Senate Democrats, meanwhile, remain opposed to the GOP’s targeted approach. They’ve joined with Speaker Nancy Pelosi (D-Calif.) in calling for at least $2 trillion in new spending, and Senate Democrats will block further action if it comes up for a vote this week. “I don’t know if there will be another package in the next few weeks or not… It’s harder to do now because we’ve moved closer and closer to an election,” McConnell told reporters in Kentucky last week.

But in one encouraging sign: Pelosi and Treasury Secretary Steven Mnuchin have reached a tentative agreement to continue funding federal agencies beyond the Sept. 30 deadline, taking the possibility of a government shutdown largely off the table. Mnuchin said a continuing resolution would likely last until December, but details haven’t been finalized and it’s unclear if there will be an agreement to combine the CR with coronavirus aid. All the latest from Marianne and Bres: https://politi.co/3i8QTda.

Clinical trials are critical for patients. But millions of patients are locked out of trials because Medicaid isn’t required to cover the routine costs of participating. Congress can fix this: Pass the bipartisan CLINICAL TREATMENT Act (H.R. 913) and give every patient access to the care they need. Learn More.

COVID CONSPIRACIES — Several Republican lawmakers have started floating a debunked conspiracy theory that downplays the coronavirus death toll, reports The Hill. Both Sen. Joni Ernst (R-Iowa) and Rep. Roger Marshall (R-Kan.) — who are facing competitive Senate races this fall — have suggested that only 10,000 people may have died from the virus, which is far lower than the 180,000 fatalities recorded by health officials. Trump, meanwhile, retweeted a QAnon supporter who echoed a similar conspiracy theory.

But Peter Sullivan breaks it down: “The discredited theory in question points to a Centers for Disease Control and Prevention (CDC) webpage stating that the coronavirus was listed as the sole cause for only 6 percent of deaths from the virus. However, that does not mean the other 94 percent of people did not die from the coronavirus. Instead, it means that another factor directly caused by the coronavirus, such as respiratory failure, was also listed or that there was an underlying condition, such as obesity or diabetes, that is not necessarily fatal on its own but heightens the risks from the coronavirus.” More: https://bit.ly/3byT5s5.

Related read: “Trump fixates on the promise of a vaccine — real or not — as key to reelection bid,” by WaPo’s Philip Rucker, Josh Dawsey and Yasmeen Abutaleb: https://wapo.st/2FbJ1sQ.

HAIR TODAY, GONE TOMORROW — Sen. Mitt Romney (R-Utah) posted a pic of his fresh haircut for his return to the Senate — and also took a jab at Speaker Nancy Pelosi for getting her hair done at a closed San Francisco salon. “Getting cleaned up for resumption of the Senate,” Romney tweeted. “Better salon than Pelosi’s!” The pic.

GOOD MORNING! Welcome to Huddle, the play-by-play guide to all things Capitol Hill, on this Tuesday, September 8, where your host is back in the driver’s seat but not ready for summer to end (just like Trump wasn’t quite ready to leave the White House South Lawn).

NORTH CAROLINA, C’MON AND RAISE UP — Sen. Thom Tillis (R-N.C.) is getting back on the campaign trail, trying to seize momentum in the nation’s most expensive Senate race after months of falling behind Democrat Cal Cunningham. James Arkin with the dispatch from Bolivia, N.C.: “Tillis has struggled to mollify conservatives in North Carolina since joining the Senate six years ago. But standing onstage and addressing volunteers in a county Republican headquarters here this week, he had a message for any base voters still wary of him: You may not love me, but I guarantee you’d hate Chuck Schumer running the Senate. …

“The first-term senator made his in-person appeal hours later to a crowd seated in folding chairs set up a few feet apart inside the local headquarters, with most but not all attendees wearing masks — including Tillis, who took his off before speaking. The pitch came at an urgent moment in the race: Voting is underway after more than 533,000 absentee ballots were sent to voters on Friday — with Democrats holding an enormous edge in the number of requests so far — and the first debate between the candidates a week from Monday.” More: https://politi.co/35it1R0.

In other North Carolina news … “Suburban women hold balance of power in ‘swingiest of the swing states,’” by Michael Kruse: https://politi.co/3jY9xVO.

MAILING IT IN — House GOP Leader Kevin McCarthy, a top Trump ally, is warning that the president’s assault on mail-in voting could backfire on the GOP. The story from Axios’s Alayna Treene: “McCarthy is privately encouraging voting by mail and warned President Trump the party could be ‘screwed’ by his fight against mail-in voting. … ‘We could lose based on that,’ McCarthy (R-Calif.) told me at a diner in Salt Lake City last week, during a campaign swing that began in the Pacific Northwest.

“McCarthy said the party can’t afford for Republicans to sit home, afraid of getting COVID-19, while Democrats flood the field with mail-in ballots. McCarthy is particularly worried about deterring senior citizens. McCarthy said he’s spent hours telling Trump that this preoccupation will hurt the president’s own re-election, as well as Republicans running for Congress. ‘I tried to show him … you know who is most afraid of COVID? Seniors. And if they’re not going to go vote, period, we’re screwed,’ McCarthy told me.” More: https://bit.ly/2DFz8TZ. 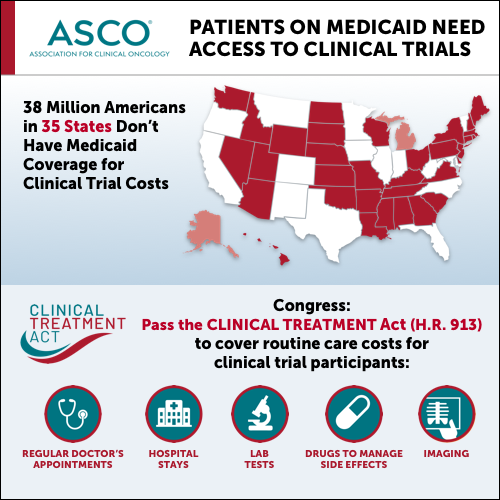 GREENE SPIRITED — GOP nominee Marjorie Taylor Greene hasn’t even been elected to Congress yet and she is already causing headaches for the House GOP. CNN with the latest on her controversial antics: “Greene on Thursday posted on her candidate Facebook page an image of herself holding a gun alongside images of Democratic Reps. Alexandria Ocasio-Cortez, Ilhan Omar, and Rashida Tlaib and encouraged going on the ‘offense against these socialists.’ …

“As of midday Friday, Facebook removed the photo, saying it violated the social network’s policies. The Georgia Republican, who has the support of President Donald Trump, has previously embraced the QAnon conspiracy theory and has a history of Islamophobic and bigoted remarks on social media. Greene is poised to be elected to Congress this fall after winning the Republican primary in a solidly Republican Georgia district. Earlier Friday, Omar, who along with Tlaib is Muslim, said Greene’s now-deleted photo was ‘incitement’ and demanded Facebook remove the ‘violent provocation.’” More: https://cnn.it/2ZyTjuD.

CONGRESS IN THE TIME OF COVID — District work periods are looking a whole lot different these days. More from Roll Call on how lawmakers are struggling to stay grounded during the pandemic: “During a typical August recess, Rep. Tom Cole travels his district, from Oklahoma City to its southern suburbs all the way to the Texas border. He holds town hall meetings. He tries to get a sense for where his constituents stand on the issues facing Congress in its fall session.

“That didn’t happen this year because of the coronavirus. ‘I feel more out of touch with my own district than I ever have during my congressional career,’ says Cole, who in his 9th term is now the top Republican on the Rules Committee. It isn’t the only way Cole says he’s struggling to keep grounded. In the Capitol, during the pandemic, hearings are conducted over the internet. Scores of House members don’t come to the floor to vote, casting their ballots by proxy instead.” The dispatch from Shawn Zeller: https://bit.ly/2FaxnhT.

BIDEN’S BUD — Rep. Cedric Richmond was one of the people named to Joe Biden’s transition team. Here’s what it means for the Louisiana Democrat, via NOLA.com: “Richmond, 46, has been with Biden every step of the way as a member of the campaign’s inner circle. No one from Louisiana has been closer to him over the past 18 months. On Saturday, the Biden campaign named him as one of five co-chairs of its presidential transition team.

“‘He’s going to be a powerful person, come January, if Biden wins. It’s that simple,’ said James Carville, who knows something about how being a close adviser to the winning candidate can elevate your status, thanks to his work for Bill Clinton in 1992. ‘In Washington, basically, unless you’re a committee chairman, the perception of influence is your access to the president,’ Carville said. ‘That’s the way power flows. It’s the most valuable coin there is. It just confers enormous prestige. He’ll have that. He’ll be a big deal.’” More from Tyler Bridges: https://bit.ly/3337qJq.

Francisco J. Pelayo, who was deputy communications director for Sen. Bob Menendez (D-N.J.), has left the Hill to explore opportunities in the private sector.

The Senate gavels in at 3 p.m. to resume consideration of the nomination of Brett Ludwig to be a U.S. district judge for the Eastern District of Wisconsin. Senators will vote on the motion to invoke cloture on the nomination at 5:30 p.m.

The House is out.

The House Democratic Caucus holds a virtual roundtable on “Black and Brown Maternal Health and Environmental Justice” at 1 p.m.

LAST FRIDAY’S WINNER: Jack Howard was the first person to correctly guess that Sam Rayburn, upon leaving the speakership for the position of minority leader, was gifted a car by both his Democrat and Republican colleagues.

TODAY’S QUESTION: Which former Senate minority leader died while in office? And who was elected to replace him? The first person to correctly guess gets a mention in the next edition of Huddle. Send your best guess to [email protected].

GET HUDDLE emailed to your phone each morning.

Clinical trials often provide patients with cancer and other life-threatening conditions the best—and sometimes only—treatment option for their condition. However, only 15 states plus D.C. require Medicaid to cover the routine costs of participating in clinical trials, preventing many patients from receiving experimental therapies they need, while slowing the pace of discovery. By passing the CLINICAL TREATMENT Act today, Congress would put clinical trials within reach of millions more patients and help eliminate disparities in research—all at little cost to the states and federal government. With strong support from over 100 organizations that represent patients, providers, medical researchers, survivors, and their families, the CLINICAL TREATMENT Act is urgently needed. Learn more and support H.R. 913.

Tue Sep 8 , 2020
As the number of laid-off workers seeking unemployment benefits continues to rise during the coronavirus pandemic, many people are looking for work. Sarah Seavey is a career counselor and the founder, Career Vision. She spoke to the WGN Evening News and offered tips for those looking and applying for jobs. Among […] 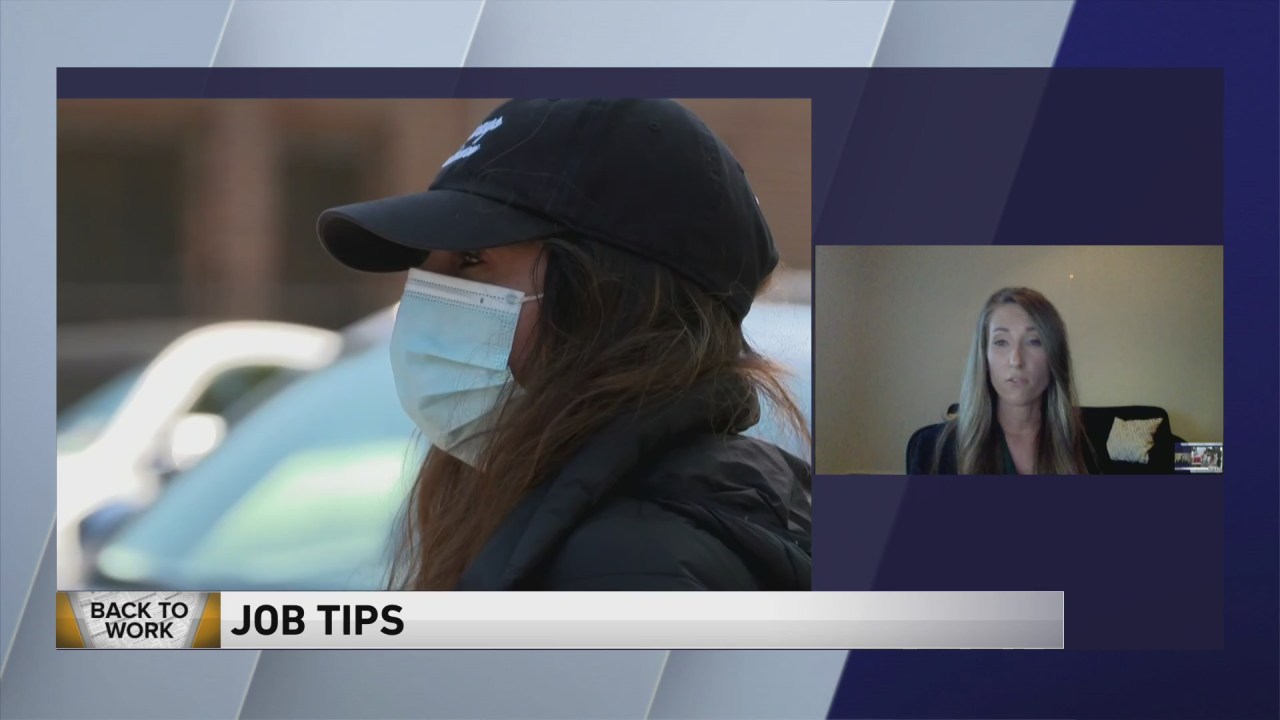