More schools around New York say they are scaling back on plans for in-person learning and expanding remote instruction. They cite Gov. Andrew Cuomo’s temporary 20% cut in state aid to schools, enacted to help close a pandemic-related state budget deficit. Now, the attorney who won a court case over a lack of school funding, says the cuts might be unconstitutional, and is looking into seeking an injunction against them.

Michael Rebell was the lead attorney in the Campaign for Fiscal Equity lawsuit. It resulted in a 2006 New York Court of Appeals decision that ordered the state to pay billions more in school aid each year, to help secure each child’s right under New York’s constitution, to a sound, basic education.

There’s been debate over whether that court order was ever fulfilled, under the tenure of Gov. Cuomo. But Rebell said a permanent 20% cut in state aid, which has been temporarily imposed by Cuomo, citing the COVID-19 pandemic-related state budget deficit, would likely violate that court order. He said he’s looking at the possibility of seeking a legal injunction against the cuts.

Rebell spoke at a news conference with education funding advocates and several state lawmakers, including the cofounder of the Campaign for Fiscal Equity and now state Sen. Robert Jackson.

Rebell said he and others are still researching whether an injection can be sought, and have not yet made a decision.

Mon Aug 31 , 2020
ALBANY — State aid cuts are forcing Albany city schools to suspend all in-person learning for grades 7-12 in this fall, a plan that school officials say will result in layoffs at every level — teachers, administrators and support staff. The school district is expecting a budget shortfall that could […] 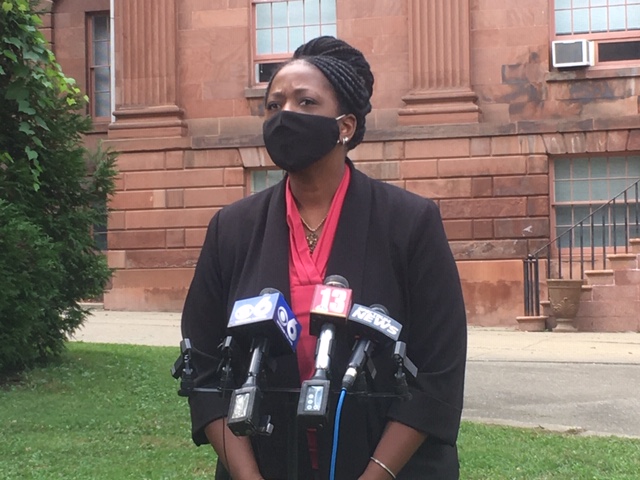