French officials have retreated on plans to reopen all schools Tuesday as coronavirus infections spike in the nation.

© Getty
Not all French schools will reopen Tuesday as planned, education minster says


Education Minister Jean-Michel Blanquer told the French Journal du Dimanche newspaper that some schools will stay closed Tuesday but emphasized this would apply to “as few as possible.”

The schools where reopening will proceed as planned are “being decided by a day-by-day analysis based on the health situation of each territory,” Blanquer said.

His comment comes the day after a group of French doctors published an open letter calling for stricter anti-virus measures in school, including combination online and in-person instruction and masks for children as young as six, according to The Associated Press.

Under current plans, French schools are set to fully reopen with masks required for students 11 and up. The precautions are less stringent than several other European nations, which have taken steps like requiring smaller classes, more teachers and physical distancing between students.

“Let’s not fool ourselves,” Cécile Cluchier, who teaches in a suburb of Paris, told the AP. “We know that with 25 pupils, we won’t always be able to keep an eye on each of them.”

She added that everyone wearing masks may hinder the early social development children often learn in early education. “In preschool and in this underprivileged area, welcoming kids properly is very important,” she said. “But now, they can’t see my smile.”

After a series of triple-digit daily increases in May and June, France recorded 5,453 new infections Saturday, and health officials say its growth is exponential. Several of France’s European neighbors have imposed testing or quarantine requirements for those crossing the border.

British officials, meanwhile, are still striving to fully reopen schools on schedule, according to the AP.

“If a child is not in school, they stand to lose far more than just a few months of learning. It could well put a huge dent in their future life chances,” Education Secretary Gavin Williamson said.

Mon Aug 31 , 2020
Male professional eating at his desk, while working late at the office getty I once had a client in the legal industry who hated his job but was so busy at work that he had no time for his job search. He worked long hours (12 was routine, but days […] 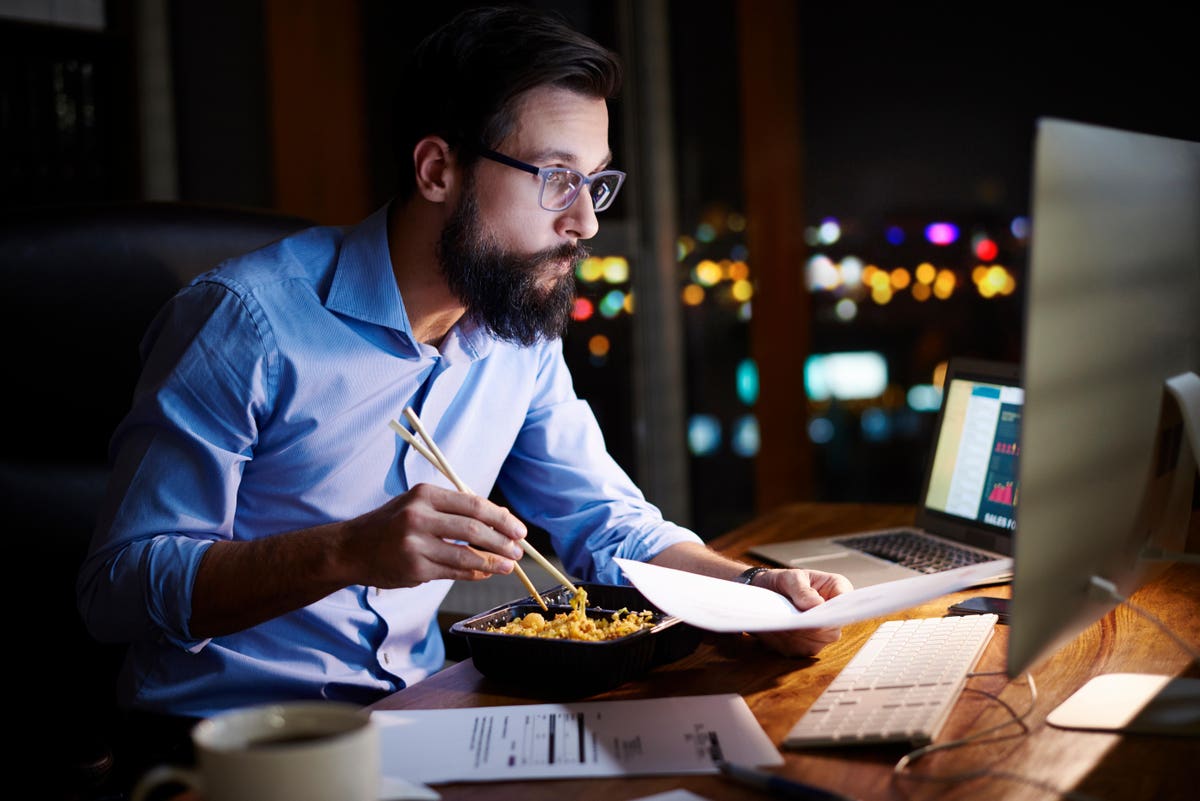