A crisis erupted in the New Zealand Green Party late last month after co-leader James Shaw boasted that the Labour Party-led coalition government, which includes the Greens and the right-wing NZ First Party, would give $11.7 million to the private Green School in Taranaki. 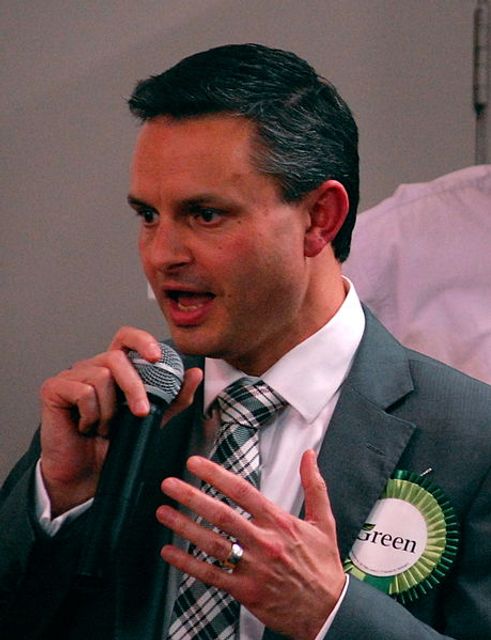 Shaw, who is associate finance minister, said the funding would create construction jobs and help the school expand “to meet growing demand from parents all over New Zealand, and the rest of the world, wanting to enrol their children.”

In fact, the Green School is an elite institution with domestic student fees ranging from $16,000 to $23,000 a year and almost double that for international students. Its website says it aims to shape “the leaders of the future” in “a world of huge environmental threats and massive entrepreneurial opportunities.”

On September 1, Shaw publicly apologised, saying he made “an error of judgement” in violating the Green Party’s policy, which states that “public funding for private schools should be phased out and transferred to public schools.” In an attempt at damage control, the Green School said it could accept some of the money as a loan instead of a grant.

Far from being an anomaly, however, the funding decision is completely in line with the government’s pro-business response to the economic crisis triggered by the COVID-19 pandemic. The money for the Green School came from a $50 billion Covid Response and Recovery Fund (CRRF). The fund, fully supported by the Greens, is being distributed to businesses in the form of wage subsidies, tax concessions, handouts and loans.

The Reserve Bank, meanwhile, has allocated up to $100 billion for quantitative easing, i.e., buying back government bonds from private banks in order to prop up their profits.

As economics commentator Bernard Hickey recently wrote in Newsroom, “the Labour-led government has delivered the biggest shot of cash and monetary support to the wealthy in the history of New Zealand, while giving nothing to the renters, the jobless, students, migrants and the working poor who mostly voted it in.”

A historic social crisis is unfolding as a result. Mass redundancies have pushed tens of thousands more people into poverty. Median incomes have plummeted by 7.6 percent in the past year and the Ministry of Social Development expects 16 percent of the population will be on welfare by January.

Conscious that workers and young people are shifting to the left, the Green Party is seeking to market itself as “progressive” in the lead-up to the October 17 election. Shaw and co-leader Marama Davidson both acknowledged that the Green School funding scandal could make it harder to return to parliament. The party is polling around 5 percent—the minimum required to gain seats.

The Greens’ first policy announcement in June called for everyone not employed, including students, to receive at least $325 a week, $75 more than the current unemployment benefit. This would be funded by a small wealth tax—just 1 percent on any assets over $1 million and 2 percent for assets over $2 million—and slightly higher income tax for people earning more than $100,000.

These modest reforms would not raise enough money to reverse decades of austerity, and in any case they will never be implemented by a Labour-Green government. The Ardern government has betrayed its promises to alleviate poverty and inequality, which were worsening even before the pandemic.

Prior to the 2017 election, the Greens agreed with Labour on a set of “Budget Responsibility Rules,” which promised to pay down debt and cap government spending at 30 percent of gross domestic product, about the same level as the 2008–2017 National Party government. This ensured ongoing austerity, leading to a worsening crisis in public hospitals, schools and other public services.

The Greens’ most high-profile policy achievement in government was an essentially meaningless “Zero Carbon Act,” implemented last year following climate strikes involving tens of thousands of school students. It sets the goal of making the country carbon-neutral by 2050 and contains exemptions for the agriculture industry, New Zealand’s biggest source of emissions. The government’s main mechanism is an emissions trading scheme—a market-based tool which will do nothing to stop the threat of catastrophic climate change.

As part of the Ardern government, Shaw and Davidson have worked closely with the right-wing and anti-immigrant New Zealand First Party. Ardern gave NZ First a major role in government, including the roles of foreign minister, defence minister and internal affairs minister.

Late last year, Shaw, in his capacity as minister for climate change, joined NZ First’s Ron Mark, the defence minister, in releasing a climate change policy for the armed forces. Shaw presented the government’s $20 billion plan to upgrade the military, including new aircraft and navy vessels, as necessary to respond to natural disasters caused by climate change.

In fact, the spending is to assist New Zealand’s integration into the US-led war preparations against China. While the Greens sometimes posture as antiwar, they have previously backed New Zealand’s role in the occupation of Afghanistan, as well as the Australian-led interventions in East Timor and the Solomon Islands.

A number of former Green MPs, including Catherine Delahunty, Mojo Mathers and Sue Bradford, have criticised Shaw for undermining the party. Bradford wrote: “Just when you think the Greens might be sticking to their principles after three compromising years, Shaw gifts $11.7m to a private school.”

Some of the Greens’ pseudo-left supporters called for Shaw to step down to give the party a more “left” image. Emilie Rākete, from Organise Aotearoa, tweeted that Shaw “needs to resign,” adding that co-leader “Marama Davidson stands with working class and brown communities.”

Socialist Aotearoa’s Elliot Crossan similarly wrote on Facebook that “a Marama Davidson-led Green Party would be a force for good that the left could (critically of course) support,” whereas Shaw was a “neoliberal” who should be “booted out.”

Such statements are nonsense. As the record shows, the Greens, like their counterparts in Australia, Europe and elsewhere, are a party of the upper-middle class, backed by significant sections of big business. In 2020, the party has received tens of thousands of dollars from Peter Kraus, a multi-millionaire shareholder in healthcare company Ebos; Phillip Mills, founder of the Les Mills chain of gyms; and Bruce Copeland, who owns software development company Sandfield.

Shaw, a former advisor to PricewaterhouseCoopers and HSBC bank, was elected as co-leader in 2015, not by mistake, but because he embodies the capitalist politics of the party. If the Green Party is still part of the government after the election, it will continue to support an agenda of austerity, handouts to businesses, militarism and anti-immigrant policies.

New Zealand Greens: A party of big business and militarism

Education and skill development during Covid-19 and beyond

Mon Sep 7 , 2020
“Being a final year student, I am uncertain about how to prepare my thesis report as it requires a lot of field work. Hence, I am thinking of opting for an internship instead of writing a thesis paper as joining an internship will provide me with skills required to secure […]