Through the pilot program, students take four semesters of online courses through WCC and one practicum semester in Ypsilanti with another partner organization, The Collaborative: Ypsilanti YMCA Child Development Center. WCC will award college credit for the program and award a Child Development Certificate (CDC) to those who complete it, after which they can complete an assessment exam through the Council for Professional Recognition to obtain a national Child Development Associate (CDA) credential.

“Most private child care programs are financed by parent fees solely, so they’re unable to pay much more than minimum wage, yet are expecting employees to have these advanced skills,” she says. “The idea for this program is to open up a pathway so that interested folks could get their CDA. It gives them some education and experience at the same time so they can then be more highly qualified to work in the field.”

The pilot program is the brainchild of Caroline Sanders, assistant director of community relations for Engage@EMU. Although child care workers can get a job without a CDA credential, Sanders notes that many parents review ratings of the child care centers they are considering, and those ratings are based in part on staff certifications.

Marshall says quality early childhood instruction is key because the first five years of life are some of the most important in a child’s development.

“It’s important that people caring for them understand not just the health and safety aspects but how to support their growth and development in all areas, including physical, cognitive, social-emotional wellbeing, language skills, and so on,” Marshall says. “Our courses give them a strong background in all those areas.”

Sanders says the program is currently capped at 20 participants, but that may change if the program proves to be successful and additional funding partners can be found. She expects the two-year pilot program to result in at least 40 child care professionals getting their certifications, and possibly as many as 60. Although the practicum will take place in Ypsi, the pilot program is open to any resident of Washtenaw County.

After Sanders conceived the idea, the next hurdle was funding the program, so that students seeking to further their education by obtaining the certification didn’t rack up student loan debt.

“Everyone I invited to the table to have a discussion said ‘yes’ immediately. There was no hesitation from any of the partners,” Sanders says.

Sanders notes that the courses earn college credit and are “stackable,” meaning that those credits can be rolled into an associate’s degree and then a bachelor’s degree if the student chooses to go further in their educational career.

There’s no age requirement for the program, and Ypsilanti Community Schools (YCS) has come on board as a partner. YCS staff and teachers may recommend students whose grades aren’t strong enough to go directly to a four-year university but who might benefit from going through the child development certification process and coming out with marketable skills at the other end, Sanders says.

Michigan Works! Southeast, another partner in the pilot program, is serving as a portal for potential students to find other programs that might assist them in paying for the certification. The four courses cost about $2,000, and the certification exam is another $500. Sanders says students are also asked to fill out the Free Application for Federal Student Aid, but “only to identify any free support they might be eligible for.”

“We’re not asking them to go into debt but simply trying to leverage resources,” Sanders says. “They might be eligible for a Pell grant or free scholarship that will lessen the amount of money the program will have to pay for them to complete their certification.”

The Washtenaw County Board of Commissioners also allocated $30,000 to support students over the next two years, with the requirement that students must promise to use the certificate to find a job in a Washtenaw County child care center and stay there for at least one year.

County Commissioner Andy LaBarre was an early supporter of the pilot program.

“It does two things. It meets a number of needs at the same time, in terms of personal career development and immediate needs in terms of childcare. You get a lot done with one effort,” LaBarre says. “It’s also a good example of an instance where we can be part of partnerships with other entities to maximize investments by working together with folks that know what they’re doing and working smarter in that endeavor.”

Sarah Rigg is a freelance writer and editor in Ypsilanti Township and the project manager of On the Ground Ypsilanti. She joined Concentrate as a news writer in early 2017 and is an occasional contributor to other Issue Media Group publications. You may reach her at sarahrigg1@gmail.com.

Wed Sep 9 , 2020
SAN DIEGO COUNTY, Calif. — The Sweetwater Union High School District announced Tuesday its Adult Education Division will begin offering free career technical education courses in South Bay communities during the COVID-19 pandemic. “During these unprecedented times, it is our priority to help and support our community through this global […] 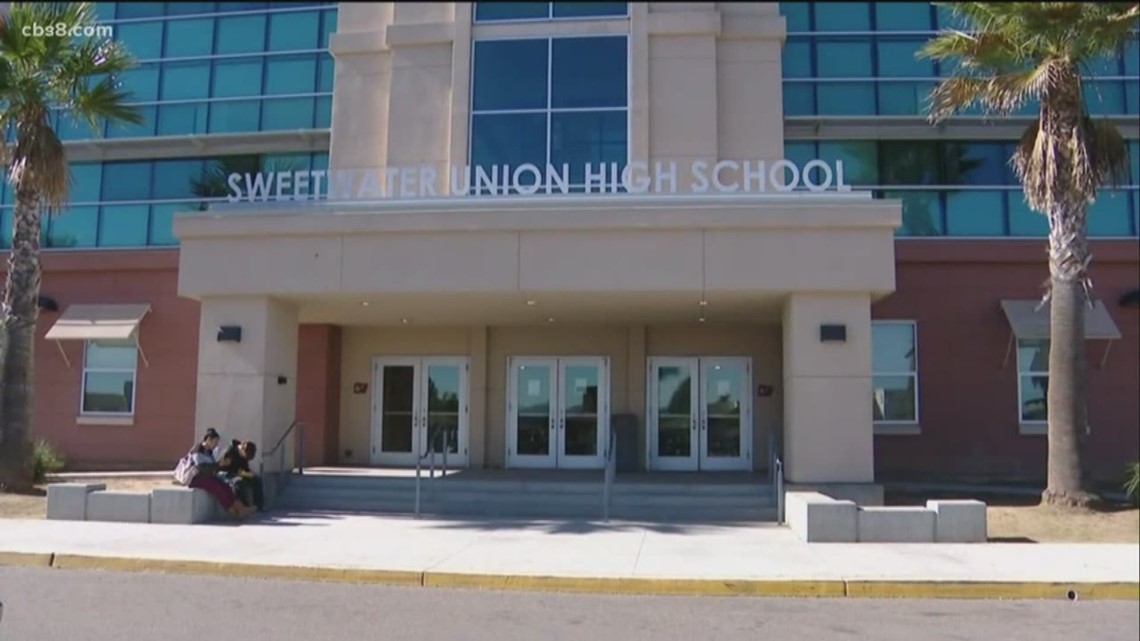