In New York City alone it is estimated that 30% of the city’s small businesses may never reopen, translating to roughly half a million jobs that may never return. Across the country more than 50% of small business owners believe it will take six months to a year before hiring gets back to normal.

Industries ranging from hospitality to retail are contracting at record rates (measured by probability of default) leaving many to question the viability of their livelihoods and the best course of action to take to mitigate future employment and career risk.

While many are proactively working to address these concerns, the traditional path of going back to school to acquire new skills is simply not an option for most. For one, it implies that you have a clear understanding of what you want to do. Of the 1,000 people we surveyed  for our Technology Career Acceleration program, 70% expressed interest in at least 3 completely different career paths.

Additionally, most degree programs require a substantial time commitment (on top of a significant financial investment) making it a non-starter for anyone that needs to make rapid improvements to their career prospects.

To understand how other successful professionals handled similarly difficult moments in their career we decided to interview 23 technology professionals at companies like Slack, Facebook, Google, Twitter and more. As one would expect each speaker had a unique story about how they navigated their career, but what was surprising was how many of them left jobs in completely different sectors to join fast growing technology companies.

One prominent executive left her job as a hostess at a restaurant in Seattle to join a pair of scrappy entrepreneurs to help out with marketing, eventually realizing that she had a knack for sales. This would ultimately lead to several lucrative enterprise sales jobs and a Vice President role at one of the biggest tech firms in the world.

Another woman leveraged her experience in working with multiple software vendors as a business analyst at a large insurance company into a product management job for a tech enabled education business after continuously following up with someone she met at an industry conference.

While each person took a different path to achieve their professional goals, these career transitioners did have several similarities to their approach. Here’s what we can learn from their experience to accelerate our own path to a new career.

Following up and checking in

We’re all aware of the benefits of growing our network, but most people don’t know how to activate theirs.

It’s common for people to meet at a networking event, exchange business cards, add each other on LinkedIn, and proceed to never speak again outside of an occasional social post ‘like’.

The most successful professionals organize their network like an account manager would organize a Customer Relationship Management system.

They make a mental (or actual) note of other professionals that are most relevant to their immediate career goals, and find reasons to check in with them on a regular basis.

Staying on someone else’s radar like this is the best way to keep yourself top of mind when they come across opportunities that you might be a good fit for. This could be done once a quarter through a short message asking for advice, updating them on your career interests, pinging them about new projects they’re involved with, or asking for direct introductions.

Which leads us to our next point.

The importance of going for the ask

Asking for help is inherently uncomfortable for many, but it’s a critical reason for why some people are given opportunities seemingly out of thin air while others struggle for years without any measurable progress.

The art of asking for help comes down to two simple tactics. Asking for something specific that the other person can actually help with, and offering value in return whenever you can.

While that may sound transactional it’s fundamental to how all relationships function.

In practice, people actually love being helpful to others. It makes us feel good. Frustration occurs when the other person has a hard time figuring out how they can be helpful to you (which is why being specific with your ask is so important) or when you haven’t established enough of a relationship to ask for help in the first place (see the first point above about checking-in).

In the end, even if you’re not sure, it’s better to go for the ask than not. The worst that can happen if you ask someone for help is, well, absolutely nothing.

The other trait that successful career transitioners have in common is the ability to get creative with how they address their skills gap.

Getting years of experience in a matter of months

It’s a common misconception that you need to stay in the same specialized role for years to develop an expertise. Employers want you to think this so that you’re less likely to leave and create a talent gap, but in reality most people reach peak productivity within two to six months.

The best way to acquire a new skill is to learn by doing, which is precisely how the group of people we talked to went about developing their skills.

Some were fortunate enough to seek out and take on new responsibilities in the workplace that could give them the experience they needed, in most cases without any formal change in title or role. However this can be easily replicated by taking your own initiative on a side project where you start to perform the tasks that are part of the work you aspire to do, allowing yourself to make mistakes in the process.

This could be a personal creative endeavor like launching a podcast to create your own content and grow your own personal brand thereby developing your communications and marketing skills. Or it could be done in the form of volunteer help with someone else’s initiative in exchange for being able to reference the work that you’ve done in the future.

This, of course, is by no means easy. It requires resourcefulness and a willingness to fail. But a few months of work in a new domain will make you more of an expert than most of the population, and ultimately hiring managers are looking for proof of your ability to execute in a new role over everything else.

To help people whose jobs have been displaced by the recent economic downturn the market has quickly responded with education options that are closer aligned with the growing need to rapidly develop skills that employers look for while removing the financial risk that’s typically associated with going back to school.

At School16 our students are working with industry professionals from top technology brands over the course of eight weeks to build skills across operations, marketing, sales, and product management while quickly developing a professional network that provides access to non-technical roles in tech. Scholarships are granted to a large percentage of students that join, and those that are unemployed don’t have to pay for their education until they get a job.

Individuals that already know what they want to do next in their career can take advantage of one of the many specialized career development programs that also offer risk free learning opportunities.

Victory Lap, a program founded by a sales veteran from Groupon, offers options to pay zero tuition upfront for those interested in entering a career in sales.

These resources provide much needed guidance and structure during a time when uncertainty about the future is felt across all corners of the world, and people that take advantage of the opportunity to invest their free time in more deliberate ways can start seeing results much faster than expected.

While some industries are notoriously difficult to break into, the technology sector in particular is more open to talent from non-traditional backgrounds. This is due to the fact that an abundance of early stage investment capital has created a relatively large pool of small companies that are willing to take a chance on people that, like the startup itself, are unproven.

For many, this creates a clear path to gain tangible experience in the short term that can be leveraged to secure a role at a more established company. For the few that are lucky, joining a company at the earliest stages can turn into a chance to generate substantial wealth and fast upward career mobility.

While recent events have no doubt placed a lot of people under unfathomably difficult circumstances, certain industries still continue to thrive and expand. The future of work is contingent on human innovation and preparing yourself to meet the demands of the changing economy is the only way to hedge against current and future economic risk. Fortunately, embracing these changes is easier than ever before, but it does require a different type of mentality. One where you take matters into your own hands even if it feels a little uncomfortable.

Tue Sep 8 , 2020
MOBILE, Ala. (WKRG) — This past August, the financial analysis company Wallethub offered up a survey of the best and worst community colleges in the country. Bishop State in Mobile came in 692 our of 698 colleges profiled. That had the school’s administration immediately pushing back. “It was very upsetting […] 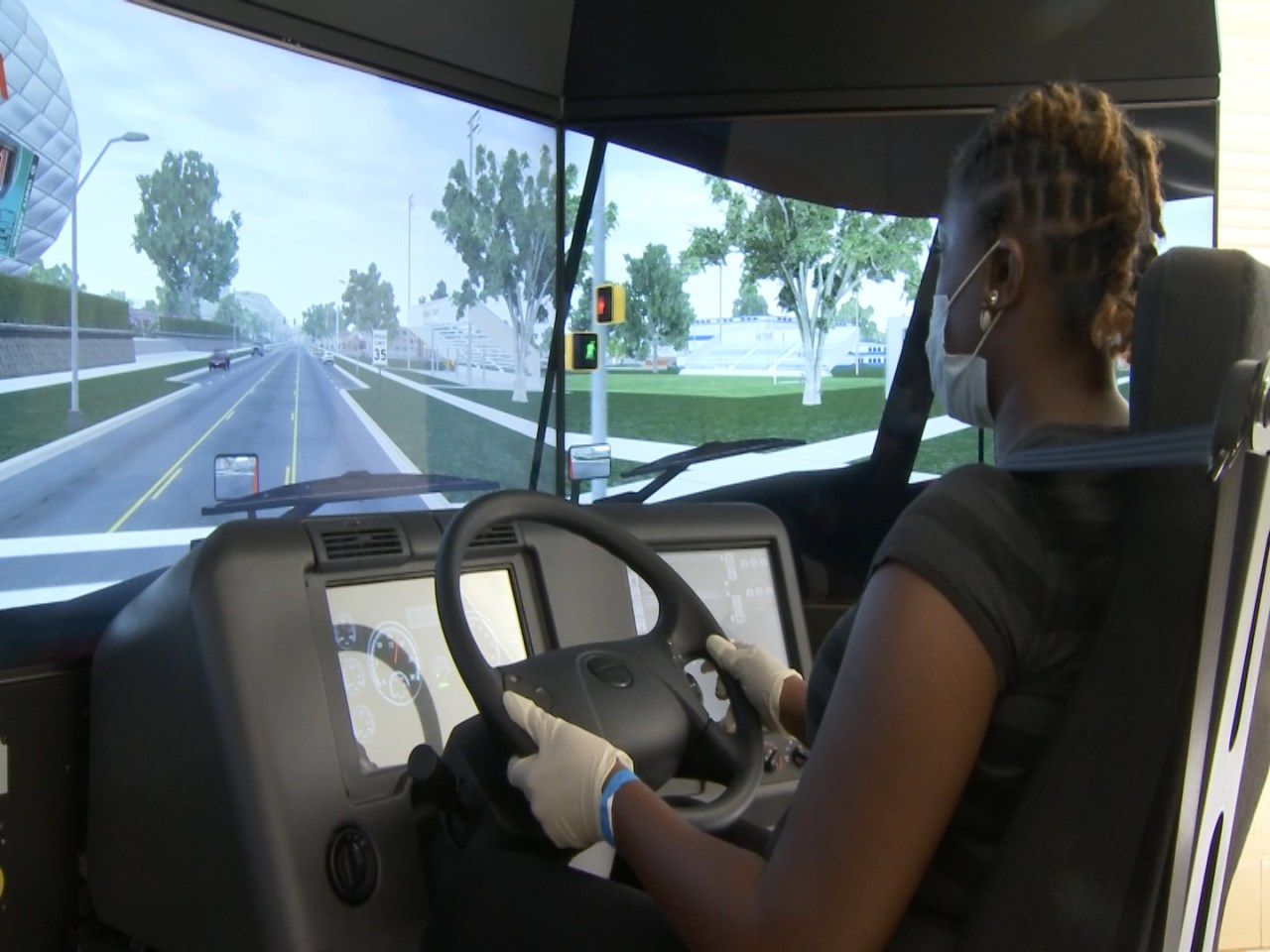