A West Carrollton company said it will expand and hire up to 25 people thanks to a tax credit approved Monday by the Ohio Tax Credit Authority.


The authority approved a 1.438 percent, 7-year tax credit to Plug Power Inc. — a Latham, NY fuel cell manufacturer which has had a local presence since 2016 — for the creation of $1.5 million in new annual payroll as a result of a possible expansion in West Carrollton.

As part of the tax credit agreement, Ohio requires the company to maintain operations in the Dayton area for at least 10 years.

Ohio is competing with New York for the proposed project. A message seeking comment was sent to Plug Power Monday.

The project involves increasing existing operational capacity, according to a state description. The company’s fixed asset investment would be towards new machinery and equipment.

When it opened four years ago, the local service center was to be staffed with 10 employees, being responsible for parts and maintenance for GenDrive fuel cell units in the Midwest, and GenFuel stations across the nation.

In 2016, there were more than 850 electric fuel cell vehicles in Ohio powered by Plug Power’s GenDrive fuel cell product.

In all, the Authority Monday approved credits for five projects across Ohio set to create 574 new jobs and retain 1,058 jobs.

Collectively, the projects are expected to result in more than $23 million in new payroll and spur more than $68 million in investments across Ohio, the state said.

Wed Sep 2 , 2020
The practice’s £65 million Faculty of Social Science building for the University of Sheffield will be knocked down and restarted after its foundations were found to be inadequate. Construction started on the 17,000m2 scheme – which HLM said would ‘enhance the faculty’s reputation’ – in the summer of 2019. But, […] 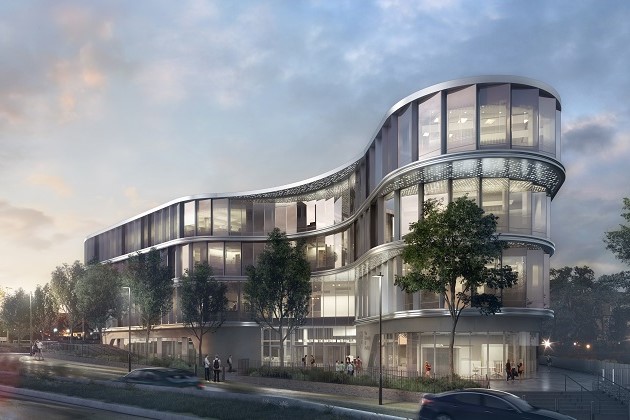