Tonto Creek near where a family’s truck became submerged and stuck in Tonto Basin on Dec. 1, 2019. (Photo: Patrick Breen/The Republic)

The county will receive the funding under the fiscal year 2020 Better Utilizing Investments to Leverage Development discretionary grants program, McSally’s office said in a news release.

“Last November, Arizonans mourned the loss of the Rawlings family’s three young children who died during an accident crossing a flooded Tonto Creek,” McSally said in a statement. “No other family should have to experience this kind of unimaginable loss.”

On Nov. 29, Daniel and Lacey Rawlings were crossing Tonto Creek in a truck with seven kids during a winter storm when the waters began to flood, The Republic reported. The truck got stuck.

Four of the children and the two parents were rescued.

Willa Rawlings, 6, her brother Colby Rawlings, 5, and cousin Austin Rawlings, 5, died after being swept away in Tonto Creek floodwaters. The bodies of Colby and Austin  were later found, but it wasn’t until Dec. 13, 2019, that Willa’s body was recovered at Roosevelt Lake after an extensive search.

McSally on Thursday said she took “Arizona’s grief and concerns” to the Department of Transportation after the incident to advocate for bridge funding.

The announcement on Thursday followed a phone call that morning with U.S. Transportation Secretary Elaine Chao, McSally’s statement said. The senator in May sent a letter to Chao in which she advocated for the grant funding.

“This bridge will provide safe passage over Tonto Creek during flooding, and provide critical access to school, health care, and work for residents who must currently take a 75-mile detour during floods,” McSally said.

Eight people have died while trying to cross the flooded creek since 1995, McSally said.

Gov. Doug Ducey similarly called on officials to fund the bridge project earlier in the year, describing it as a top priority during his State of the State address.

“This project is about so much more than just a bridge,” he said. “It’s about safety and providing residents a lifeline to critical amenities like medical care and groceries.”

In a statement, Ducey went on to thank the Department of Transportation and President Donald Trump’s administration, which he described as “delivering in a big way.”

“With this partnership, we can help ensure no family in Tonto Basin must endure this terrible grief ever again.”

Also among those lobbying for the funding since the November incident was Sen. Kyrsten Sinema. In a May letter to Chao, Sinema discussed safety concerns in the area and said the bridge’s construction would lead to economic growth and investment in the community.

“Today’s funding announcements will make Arizona communities safer and fuel Arizona jobs,” Sinema said in a statement. “I pledge to continue supporting investments across our state and ensuring our roads and bridges are safe and secure.”

Sinema, in her statement, also applauded the announcement that funding was made available for a safety corridor along 35th Avenue in Phoenix.

Daniel Rawlings, father of Colby and Willa, was charged with 10 counts, including reckless manslaughter and child abuse, according to court records filed in April.

Thu Sep 10 , 2020
Firearms have long been a part of Utah’s culture. They are also the leading methods used in suicides in the state. It’s a problem that has brought health and safety advocates and the gun advocacy community together to work to prevent these tragedies. Safe gun storage ensures that guns are […] 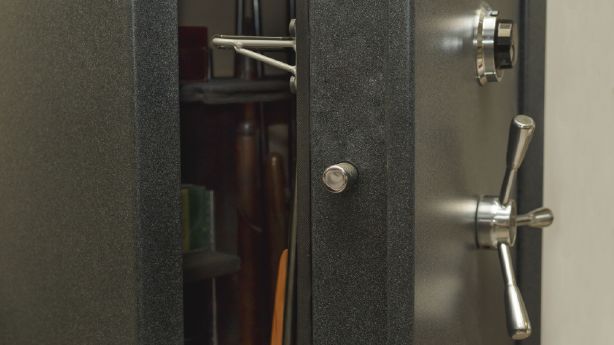