A four-day week in the public sector would create up to half a million new jobs and help limit the rise in unemployment expected over the coming months, according to research by the progressive thinktank Autonomy.

Amid concerns that the jobless total is set to rise sharply as the Treasury’s furlough scheme is wound down, the thinktank said the time was right for Rishi Sunak to pioneer a shorter working week.

The Autonomy study represents the first attempt to quantify the jobs impact of a four-day week, with the thinktank saying it would be possible for public sector workers to go on to a 32-hour week with no loss of pay.

© Thomson Reuters
A sign is seen outside a branch of Jobcentre Plus, a government run employment support and benefits agency, as the outbreak of the coronavirus disease (COVID-19) continues, in London, Britain, August 6, 2020. REUTERS/Toby Melville


It added that the scheme would cost between £5.4bn and £9bn a year and have the biggest impact in the “red wall” seats in the Midlands and the north of England captured by the Conservatives in the 2019 general election.

More than 5 million people work in the public sector – about one in six of those in employment – but the report noted that in places such as Doncaster, Bradford and Barnsley the proportion rose to about one in five. London, which has a higher percentage of private sector employment would benefit less, the thinktank said.

With the government’s budget deficit on course to be more than £300bn, the plan is unlikely to find favour with the chancellor, despite his recognition that unemployment will increase during the winter. The Bank of England is forecasting that the jobless rate using the internationally agreed measure will rise from just under 4% to 7.5% by the end of the year.

People walk on Southbank in central London on August 24, 2020. – For those tourists who do run the gauntlet of Britain’s rapidly-changing quarantine rules, the calm in the city these days is refreshing. (Photo by Tolga Akmen / AFP) (Photo by TOLGA AKMEN/AFP via Getty Images)

A government spokesperson said: “It is not for the government to mandate working patterns for businesses or their employees. The important thing is that they have the flexibility to agree a working pattern that suits them.

“This also applies to the civil service and our commitment to flexible working is one of the reasons we consistently rank as one of the best employers in the UK.”

Autonomy said £9bn amounted to 6% of the public sector salary bill and was the equivalent of the money set aside by Sunak this year for the furlough bonus – a £1,000 payment for each worker brought back by an employer from the government’s wage subsidy scheme.

© 2020 Getty Images
LONDON, ENGLAND – AUGUST 03: Workers in the Square Mile on August 03, 2020 in London, England. As of August 1st, the British government stopped encouraging businesses to have employees work from home, but most companies, including major financial firms in the City of London, are keeping their offices largely closed. (Photo by Dan Kitwood/Getty Images)

Will Stronge, Autonomy’s research director, said: “The time has come for a four-day working week and the public sector should act as the pioneer for it, both as employer and as procurer of services.

“To help tackle the unemployment crisis we are facing this winter, a four-day week is the best option for sharing work more equally across the economy and creating much needed new jobs.

“The four-day week makes so much sense as it would boost productivity, create new jobs and make us all much happier and healthier.”

Gallery: The most severe recessions of all time (Lovemoney)

The report said the public sector should test out the idea as it would reduce burnout, work-related poor mental health and drastically improve work-life balance. More than two-thirds of UK workers were stressed or overworked, the thinktank said.

The report said the idea of a shorter working week had been tried in the past during periods of high unemployment.

“The oft-cited example of President Roosevelt’s New Deal measures which reduced the working week to 40 hours maximum, is a case in point. Such a scheme is also not unprecedented in the UK: the first Thatcher government inherited and maintained a similar initiative during the 1979-1982 recession.

“Nor is it merely an artefact from history: in Germany the tried and tested Kurzarbeit scheme was used during the 2008 financial crash to mitigate mass unemployment by subsidising a reduction and reallocation of labour, and has again been used during the Covid crisis.”

Video: “Grant Shapps says employers should start encouraging people to get back to work” (Evening Standard)

Wed Sep 2 , 2020
What would regional public transit and mobility look like if Los Angeles County’s buses and trains were free for everyone? The L.A. County Metropolitan Transportation Authority is trying to answer that question. Metro CEO Phillip Washington launched a task force today to study what he has dubbed the “Fareless System […] 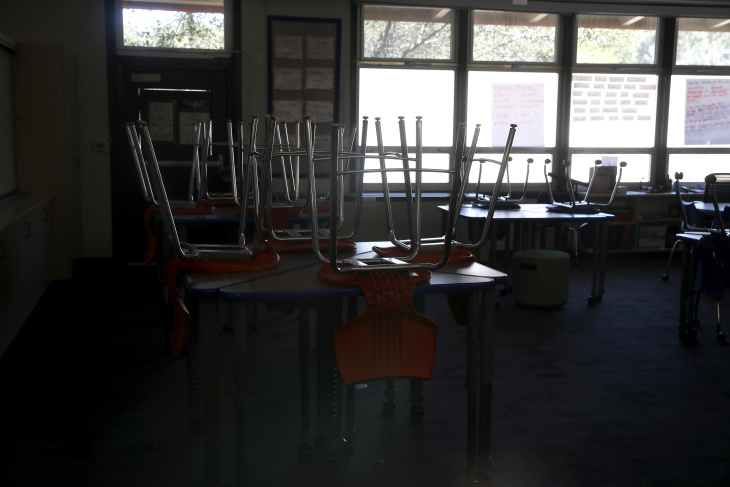