There is still no timeline for when school authorities will be able to access Alberta’s share of the $2 billion in federal funding pledged last week to support provincial school reopening plans.

The Alberta government said it had not yet received any of its $262.8 million cut of the funding announced Tuesday by Prime Minister Justin Trudeau, with school districts in the province only days away from welcoming back students for the fall semester amid the COVID-19 pandemic.

“Given that the funding was suddenly announced on Tuesday, officials are still working out details on how this funding will be distributed to Alberta’s school authorities,” said Colin Aitchison, press secretary to Education Minister Adriana LaGrange, in a statement.

“At this point I cannot give a timeline as we have not received the funding from the Federal Government yet.”

Alberta’s contentious school re-entry will see most students in the province return to the classroom in the coming days.

The Calgary Board of Education will have its first day of classes Tuesday, with the Calgary Catholic School District opening its doors to students the following days. Both districts are staggering re-entry to help students adjust to new measures , which will include masking, one-way corridors and socially distanced drop-offs.

The federal funding in Alberta equates to about $354 per student. It is expected to come in two instalments, with the first arriving this fall.

Trudeau said Wednesday provinces have broad discretion on how to spend the money, given education is a provincial jurisdiction.

“The Federal dollars would equate to about $354 per student”. 128,000 students expected to attend the #WeAreCBE this year. $45 million+ would help us address rising costs due to #COVID19. #ABCovid19 #abed #yycbe #ableg #abpoli https://t.co/Z0kXHwzFTa

Alberta NDP Opposition education critic Sarah Hoffman said Saturday there should be no excuse from the provincial government for not starting funding distribution to local school authorities.

She cited Ontario, where provincial officials provided a breakdown of how they would use their funding the same day as the federal announcement, as proof the Alberta government should have been able to set a plan in motion more quickly.

“I think it’s reprehensible that they have been sitting on this funding. They should have funded improved learning and working conditions when they closed schools more than five months ago. They should have had plans in place,” Hoffman said.

“For the province to stand in the way of those federal dollars being able to reduce risk for kids when they go back this week is dangerous. … The province should immediately give this money over to the school authorities who are actually working with kids.”

Hoffman added even if there is a delay in cash flow from the federal government, she thinks the UCP government could alert school boards of how much money they will have to spend so they can begin hiring additional teachers.

To date, Alberta has spent $10 million in school re-entry, directed towards personal protective equipment for schools. They have otherwise instructed school boards to use reserve funds totalling about $363 million province-wide to pay for costs related to the COVID-19 pandemic.

Aitchison said the province will ensure school districts have resources necessary to facilitate a safe return to school, including by potentially adjusting the provincial school re-entry plan.

He added school authorities would be able to use funding for expenses related to COVID-19 including facilitating online learning, teaching and substitute costs, transportation and increased cleaning.

Mon Aug 31 , 2020
Hello everyone! Welcome to this weekly roundup of Business Insider stories from executive editor Matt Turner. Subscribe here to get this newsletter in your inbox every Sunday. TikTok users are making memes about Microsoft potentially “saving” TikTok. @prettyboykope/@electroniccrafter/@blueboynv/TikTok Hello! So much for a quiet end to August. To recap: The biggest […] 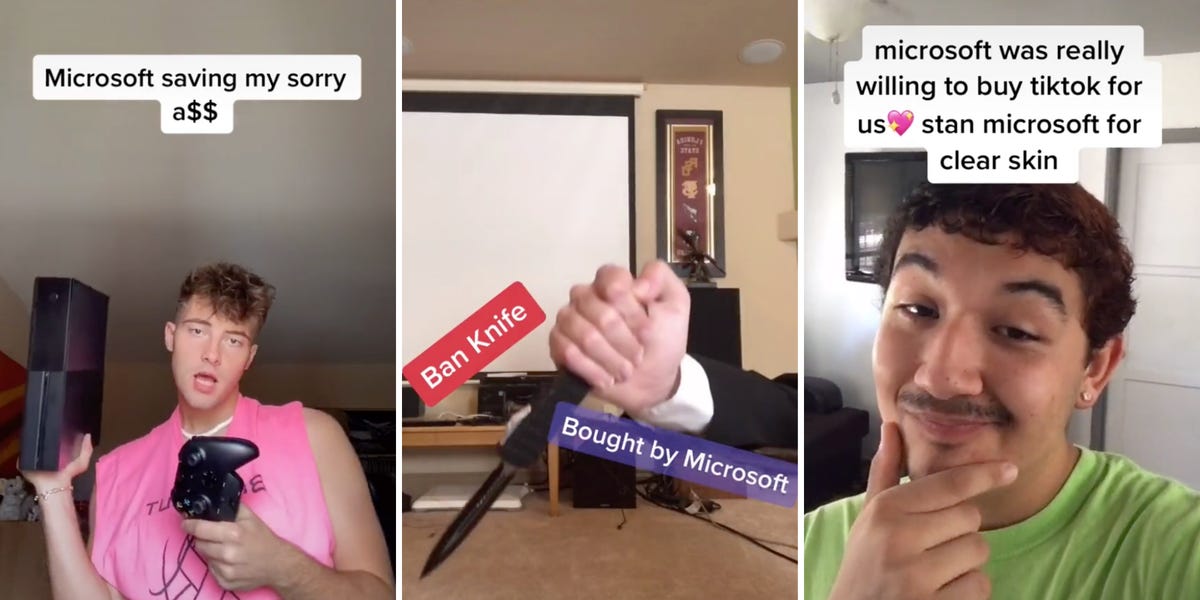