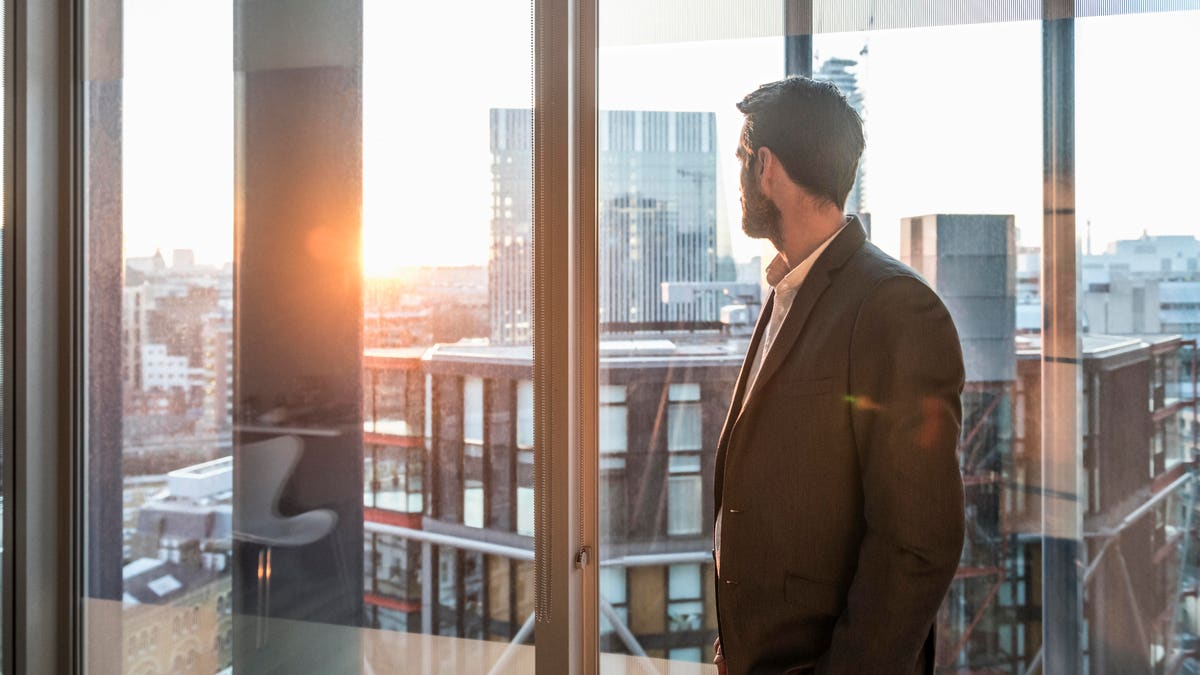 When Brian, a well-known data scientist, was laid off in April, he said it was “one of the worst nights of sleep of my life.” He wondered how he would take care of his family, and what sacrifices they would have to make.

“Oh, and by the way,” he said, “there’s Covid raging in the background.” Because of this, losing healthcare was a huge fear.

The ramifications of unemployment bring many fears for the millions of unemployed Americans. While the most recent jobs report shows job prospects slowly improving, there are still 7.8 million more people unemployed now than in February.

It’s vital to take the anxiety and grief of losing a job seriously—whether you yourself have lost a job, or someone you love has. Suicide rates increase during times of widespread unemployment. Worldwide, this may leave us with somewhere between 2,000 and 9,000 additional suicides per year due to Covid unemployment, predicts The Lancet, depending on what the unemployment rate is for the year.

Anger, anxiety, jealousy and loss of identity or sense of purpose are examples of feelings that may arise, says the Mayo Clinic. “Not everyone will have these feelings, but even those coping well with unemployment may experience some of them sometimes.”

And even those who maintain their jobs harbor survivor guilt when their companies have laid off a lot of competent and hard working colleagues around them.

Emotions And The Job Search

For those on the job market, anxiety and grief don’t always disappear the instant an organization expresses interest. Perhaps, like many people, you’ve walked into job interviews feeling desperate. Maybe you needed the vindication that you weren’t supposed to be laid off in the first place, or you were concerned about your dwindling savings or unpaid bills.

Whatever the case might be, how do you make sure feelings of desperation don’t show up in your performance as a candidate?

Contrast the feeling of desperation versus curious indifference (say you still have a job and actually enjoy it but see your professional growth at this current company ending soon, so you start looking around). Your tone, body language and choice of words will probably be very different if you don’t “need” the job. Employers can sense that. Desperation generally doesn’t attract, it usually detracts.

What helped Brian after he was laid off? After a terrible night of sleep and many anxieties, he took an objective look at his situation. He looked around at the other 89 people who had been laid off, and he thought to himself, “these are good people, too.”

In addition to this, he names four other practices that can help.

Colleagues expressed shock that he had been laid off: “I can’t believe they let you go!” or “It happened to you? That’s crazy!” His kids also encouraged him, making sure he knew they had no doubts at all that he would find another job.

If you receive such words of encouragement, hold onto them, whether they are coming from colleagues, former teachers, family members—anyone at all. Let them shape your internal narrative. For my colleague, choosing to listen to these words allowed the encouragement to form a helpful narrative that fueled his networking. If you want to be able to tell good stories as you network and interview, start by telling yourself a narrative that helps rather than hinders you.

2. Pour yourself into networking.

Soon after being laid off, Brian announced his situation on LinkedIn. He framed the post positively, inviting people to connect and send him projects. The post received tens of thousands of views—the most views a post of his has ever received, he says. In the days that followed, his network increased by 75%.

During that time, many people asked to chat with him. Sometimes they would share a business idea, sometimes they wanted to learn more about data storytelling (that is his specialty after all). He was glad to connect. His networking perspective was always, “My situation is not awesome, but can I help other people?”

For others who want to build their network, he recommends commenting on others’ LinkedIn posts without trying to sell them anything. He suggests asking connections if you can talk with them for 30 minutes. Don’t approach it from the perspective of “hitting them up for a job,” he says. Just connect in some way, and then, ask them, “if you see anything, let me know.”

It’s also essential to find ways to highlight your character as you network. Your credentials will be evident from your LinkedIn profile, so as you get to know people, you make yourself memorable when you show them who you really are.

When he posted on LinkedIn about being laid off, Brian focused on how he was still “cautiously optimistic some good things will come out of this mess we’re all experiencing.” This shows both his resiliency and his realism (the pandemic is, after all, nothing short of a “mess”).

This is important for people who are still employed, says Brian. If you have to leave the company, it will be far harder to capture data. How many leads did your project generate? By what percentage did you increase revenue? In such a volatile job market, you’ll want to add the data to your resume now.

Brian also had an advantage because he had built his personal brand. He had recently published a book and was a speaker at high profile events.

“Being a thought leader was a parachute for me,” he says. If he had not invested in his personal brand, he notes, he wouldn’t have had the same “cushion.”

The one practice he didn’t find helpful? Applying for jobs. He put energy into applying for jobs, but it was always a moving target, he says, and he heard nothing in response. He felt like the hiring managers were “standing on sand,” and even CMOs and SVPs could not pull the trigger on hiring people they wanted to employ.

Networking, he found, was a much more effective use of energy. Within a week or two after his layoff, an analytics company connected with him to say, “just reaching out to see if you’re interested….” He was hired soon afterward.

Another way to embrace curiosity is to imagine the perspectives of those who hold responsibility for hiring decisions.

Companies always want to work with talented employees who are invested in their vision, values and goals. Even during a hiring freeze, companies should be developing “a solid pipeline of talent prospects,” says Jennifer Ho, vice president of HR at Ascentis.

Job seekers can become part of this pipeline by starting to network with companies whose vision, values and goals are well aligned with their own. Each interaction with them—even if it’s just a comment on a LinkedIn post—can be an opportunity to demonstrate that you “get” them.

Hiring managers also say they have their eye out right now for people who are good at remote work. Skills that make people successful at remote work include “resourcefulness, autonomy, self-motivation, proactive collaboration, and written and verbal communication,” says the Society for Human Resource Management.

Hiring managers also want to know how you are different from other candidates. A colleague of mine once lamented that hiring is difficult because, “I can’t figure out who the candidates are anymore,” since their answers focus solely on their accomplishments, rather than their character.

“We hire people we shouldn’t have,” she told me. “It’s hard to see from their answers, ‘Is this a person I want to work with? Are they joyful, are they optimistic?’” Stories capture this; laundry lists of accomplishments don’t.

With stiff competition for each available job, crafting your story is more important than ever. If you want to learn storytelling techniques and polish your story for the job search, sign up for my free webinar, Tuesday, September 22nd, 12-1pm CT. (And here’s how you can learn why I decided to offer it for free.)