Approving a vaccine in the U.S. usually takes years, but COVID-19 vaccines are moving through in record time. What does that mean?

The heads of nine biopharmaceutical companies issued a letter early Tuesday pledging to fully vet their COVID-19 candidate vaccines before asking for federal approval to market them.

“We, the undersigned biopharmaceutical companies, want to make clear our on-going commitment to developing and testing potential vaccines for COVID-19 in accordance with high ethical standards and sound scientific principles,” the statement said.

The statement comes amid increasing concern among public health officials, scientists and doctors that the White House might bring significant political pressure to bear on the Food and Drug Administration to get a vaccine before the Nov. 3 presidential election.

All nine companies are individually or jointly developing a candidate COVID-19 vaccine supported at least in part with federal dollars, which so far amounts to more than $10 billion. They are: AstraZeneca, Johnson & Johnson, Moderna Inc., Novavax Inc., Merck, Sanofi and GlaxoSmithKline, and Pfizer Inc, which is developing a vaccine with BioNTech, another signatory.

‘Mind-boggingly complex’: What we know about how COVID-19 vaccine will be distributed when it’s approved

A widely-used vaccine will be essential for bringing the COVID-19 pandemic under control. Industry officials are worried that the current political climate is tarnishing the process and will make people more hesitant to get a vaccine when there is one.

The leadership of the industry group Biotechnology Innovation Organization, or BIO, issued a similar statement late last week, calling for a testing process “conducted according to best practices to assure credibility of the data, as well as the ethical participation of a diverse population of subjects.” The BIO statement also called on the U.S. Food and Drug Administration to “maintain its historic independence as the gold-standard international regulatory body, free from external influence.”

The industry promise to stick to scientific principles and keep politics out of the approval process comes after a few weeks in which President Donald Trump repeatedly emphasized that a vaccine would likely be ready for public use before the Nov. 3 election.

At a White House news conference Monday, Trump said a vaccine “will be very safe and very effective, and it will be delivered very soon.” He added, “could even have it during the month of October.”

Why volunteer for a vaccine clinical trial? Duty, love and a willingness to experiment, participants say

Trump has also said that if a vaccine was not ready by then it was because of a “deep state” conspiracy against him.

The fastest vaccine ever developed took four years, although work on a COVID-19 vaccine has been happening at a much faster pace, thanks to advances in technology, research done on similar but much smaller coronavirus outbreaks, a concerted effort by the companies, and federal support.

Three of the candidate vaccines are currently being tested in Phase 3 trials involving 30,000 people each, half of whom will get the active vaccine and half a placebo.

Dr. Stephen Hahn, head of the U.S. Food and Drug Administration, has repeatedly said he would not approve a vaccine until it has been shown to be safe and effective. But he has also said there might be an intermediate endpoint — short of the completion of a 30,000-person trial — that could meet his standards for a so-called emergency use authorization.

Experts see progress on a COVID-19 vaccine. But they worry about who gets it first and how it gets to them

Pressure to create a coronavirus vaccine is increasing by the day, but for a safe vaccine to enter the market, it takes time.

The statement from the vaccine developers did not address whether they would consider such an endpoint acceptable, but did say that they would “only submit for approval or emergency use authorization after demonstrating safety and efficacy through a Phase 3 clinical study that is designed and conducted to meet requirements of expert regulatory authorities such as FDA.”

None of the companies would comment Monday beyond what was in the statement.

“This letter appears to be in response to a growing fear in this country that the FDA might not do its job – specifically, to protect Americans from products that are unsafe or ineffective,” said Dr. Paul Offit, a pediatrician and vaccine expert at the University of Pennsylvania. “When we get to the point that we don’t trust the FDA, we’re in trouble.”

Such a statement from industry is unprecedented, said Dr. William Schaffner, an expert in infectious diseases and immunization policy at Vanderbilt University in Nashville.

“I’ve only been doing vaccines for 40 years and I’ve never heard of anything like this before,” he said. “Having the companies themselves issue this statement I think will offer some reassurance. Not completely, but some reassurance to the medical profession.”

Schaffner said he has heard repeated concerns from medical colleagues across the country about Trump and Hahn’s comments, which he said have created “an enormous amount of unease in the very professional people who would be expected to provide strong endorsement of the vaccine, promote it and often give it in their own offices and public health departments.”

Doctors and other medical professionals must be convinced that the vaccine is worthwhile, he said. “If they hold back, that could be an enormous impediment to widespread use of the vaccine.”

More: Discipline against bad doctors plummets amid COVID-19 – and more medical errors may slip through cracks 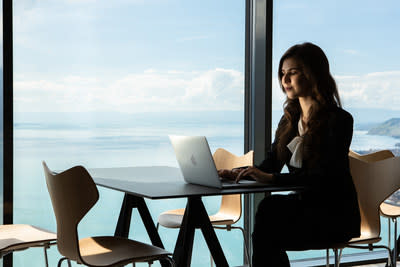