ALBANY — State aid cuts are forcing Albany city schools to suspend all in-person learning for grades 7-12 in this fall, a plan that school officials say will result in layoffs at every level — teachers, administrators and support staff.

The school district is expecting a budget shortfall that could range from $18 million to $26 million for the coming academic year due to aid reductions related to the COVID-19 crisis.

The district had previously offered one-to-two days of in-person classes to middle and high school students per week. The hybrid learning model consisted of a teacher or supervising adult assisting the teens with their virtual school work.

Albany schools will move forward with its plan to provide virtual and in-person options for all students in K-6th grade, according to school officials.

“We are at a worldwide pandemic, education all over the country is going to have gaps. That is something we have to acknowledge and accept… we will feel it for years to come,” Albany Schools Superintendent Kaweeda G. Adams at a press conference on Friday. “It is our responsibility to look at the best ways to close those gaps.”

The district’s restructuring plan, which has yet to be approved by the Board of Education, includes closing two specialized schools that serve vulnerable populations. The Albany International Center (AIC) enrolls middle and high school students who are refugees and immigrants and the Tony Clement Center for Education is an alternative high school track for at-risk youth.

“These programs have been beneficial to us, but we have noticed that enrollment has declined,” Adams said. “We are looking at ways to restructure so that we can embed those practices and continue with wrap-around services within our schools.”

Juma Ekyochi is a native of the Congo who moved to Albany with his family four years ago from a Tanzanian refugee camp. His 12-year-old son Amisi Juma didn’t feel safe until he started going to school with other African children at AIC who understood his culture, he said.

“It will be hard for a lot of kids from Africa,” Ekyochi said. “Here we have seven families from Africa and they all go to that school together. If other kids make trouble for our kids, they don’t know enough English. Our kids don’t know how to explain to the teacher.”

In June, the state started withholding 20 percent of all payments — including to school districts — to offset state revenue losses state budget officials say will amount to $62 billion over four years.

A spokesman for the Division of Budget said whether the cuts continue throughout the year depends on the actions of the federal government.

“The Federal government has delayed funding for states for five months, and whatever funding – if any – it ultimately provides will determine the level of funding available for the schools, hospitals, police and fire departments, and services that support our most vulnerable neighbors in New York State,” State Division of Budget spokesman Freeman Klopott said. “Once the State has clarity from Washington, if necessary, we will develop a formal spending reduction plan for the legislature’s review that takes district need into account.”

As districts across the Capital Region are awaiting more details from the state, the uncertainty around state aid has heightened anxiety about the upcoming school year.

On Thursday, the Lansingburgh school district in Troy made a similar decision, announcing that classes will be taught online for all students in grades 3-12. The district’s superintendent, Antonio Abitabile, also blamed 20 percent cuts in state aid for the decision. No date was offered for when in-person classes could be resumed.

Schenectady City School officials at a recent board meeting floated the idea of fully virtual model for all students next year, in part, due to high interest from parents in the remote option. Roughly 60 percent of surveyed families indicated they would choose the remote option for the upcoming academic year.

The Cohoes, Rensselaer, Troy and Watervliet city school districts on Friday said they are sticking with their opening plans that include instruction in the schools for now.

Troy Superintendent John Carmello said his district could lose between $9 million to $13 million in aid depending on how the state carries out its cuts.  Carmello said the district monitoring the situation. While it waits, it’s planning to reopen its doors.

A 20 percent across-the-board cut for all districts would be a disaster for a high needs district like Troy or Albany, Carmello said.

Plans are to reopen, ensure the students connect with their teachers and build a relationship to improve any virtual instruction that may have to be undertaken due to COVID-19 infections or severe aid reductions, Carmello said.“We’re opening. It’s a dire situation,” said Cohoes Superintendent Jennifer Spring.

The Cohoes district has concerns about the accessibility its students have to computers for remote learning.  A recent survey answered by 1,000 households found that only 63 percent had a laptop or desktop computer. Spring said the district has launched a campaign asking local businesses to donate computers that can be given to students.

Cohoes considers it important to have the children back for in-person instruction. The district also worries about impacts on its own teaching staff if the districts in which they live don’t open and the Cohoes teachers have to take care of their own children who would be learning from home.

“I feel like I’m standing on quicksand,” Rensselaer Superintendent Joseph Kardash said about what could happen.

Rensselaer plans to stick to its current class schedule for district students despite the state aid cuts, Kardash said.  The small urban district is opening the 2020-21 school year with a contingency budget after voters rejected two spending plans.

“I don’t know what we would do,” Watervliet Superintendent Lori Caplan said. Regarding a 20 percent education aid cut, Caplan said, it would have unimaginable adverse consequences for the education of the district’s students.  The district has reduced spending before it finished its 2020-21 budget.

“We have a revenue problem,” Caplan said. The district intends to reopen to get the students acclimated. After that, Caplan said, “It’s plan and wait to see what happens.”

“We are not planning to change our reopening plan based on state aid reductions. We will continue to monitor our expenses and cash flow and advocate for federal monies for states like New York that have been hit hard financially due to COVID-19,” East Greenbush spokesman Mark Adam said.

How To Spot Job Search Scams And Protect Yourself

Mon Aug 31 , 2020
Shutterstock Job-opportunity scams have risen with the growing level of unemployment. Below I explain how to spot them by analyzing an actual scam message that hoodwinked some recipients. It turns out that the scam message was sent from a real recruiter’s hacked LinkedIn account, which made this deception more believable […] 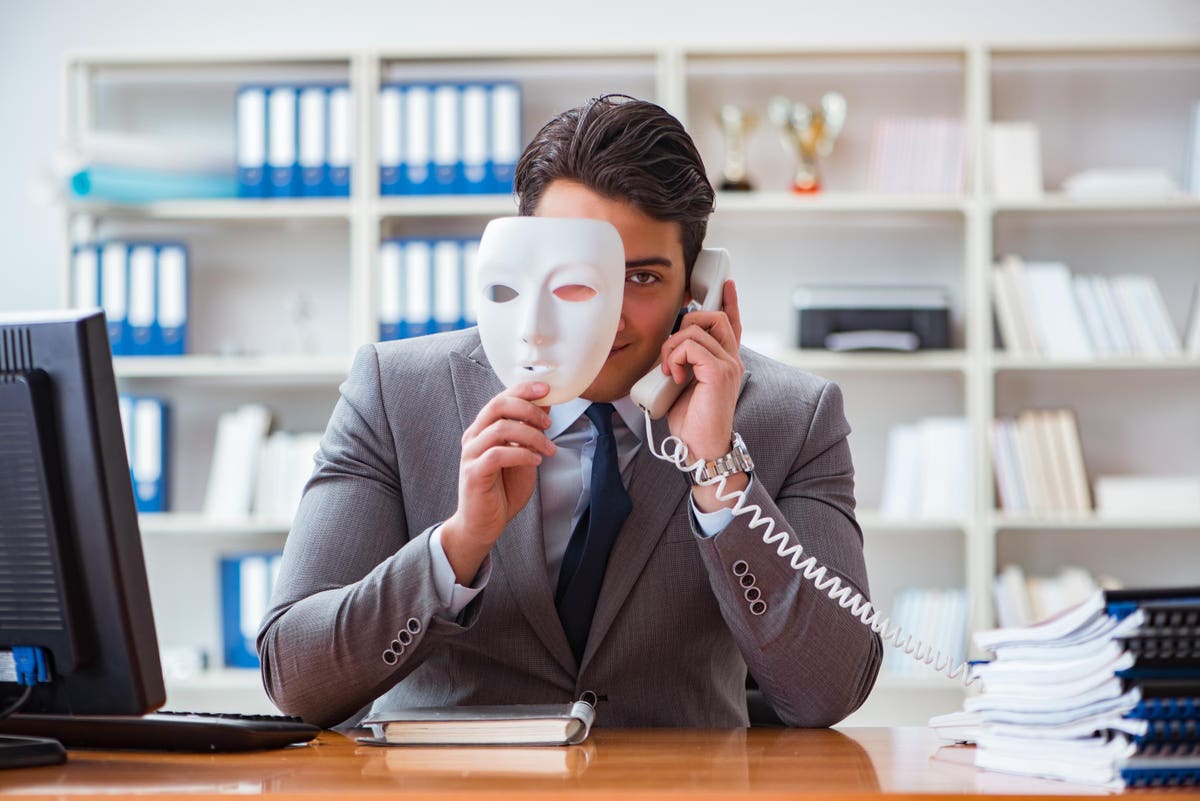