From outer space to in our bloodstream, we’re surrounded by products and ideas that grew from research and development by General Motors. As the R&D group celebrates a century developing everything from paint to pioneering solar-powered and self-driving vehicles, GM’s scientists are focused on what’s next.

“The auto industry is fueled by innovation,” GM Chief Technical Officer Matt Tsien said. “Having an R&D group charged with looking ahead has served us well. To be a leader, we have to continue to scout out ahead.”

A century ago, that meant coming up with the first automotive lacquer paint process, an advance that slashed production time. Mid-20th century innovations included a mechanical heart pump that made open-heart surgery possible and centrifuges that made it possible to produce large quantities of vaccines. Today, R&D’s focus includes new battery chemistry so electric vehicles can go farther and cost less.

More: Timeline of developments by General Motors Research and Development

“Ten or 12 years ago, the Defense Advanced Research Projects Agency urban challenge” to create self-driving vehicles “looked like science fiction, but we saw a trend of high-def mapping, capable and affordable sensors, and the declining cost of computing and saw we could use them to begin solving automated driving.” Tsien said.

There are few greater sins a scientist can commit than taking credit for somebody else’s work, and GM R&D is commendably modest. When I asked about the Lunar Rover, engineered by GM and the only human-operated vehicle ever to move on the surface of another world, GM R&D practically blushed, responding that while it was involved, the Rover program “wasn’t led by R&D (it was a greater GM program).”

Here are a few of the advances GM R&D is willing to take credit for:

The 1964 GM Electrovair electric research car could go up to 80 miles on a charge. (Photo: General Motors)

1964: Electrovair electric Chevrolet Corvair uses a 450-volt, silver-zinc battery to reach speeds of 80 mph and ranges up to 80 miles.

1974: Catalytic converter. GM developed the catalytic converter to reduce emissions. GM says this led to “GM R&D becoming one of the first groups to predict the correlation between atmospheric pollution and the Earth’s surface temperature.”

2002: GM AUTOnomy concept. The “skateboard” chassis this drivable fuel-cell concept pioneered became the basis for most modern electric vehicles. The layout puts batteries in the vehicle’s floor, making them part of its basic structure, and had electric motors close to its wheels.

2010: Robonaut 2. GM develops a humanoid robot with sensors, vision and dexterity that allows it to work alongside humans in space. It’s currently on the International Space Station.

BHEL to partner with AP in skill development drive 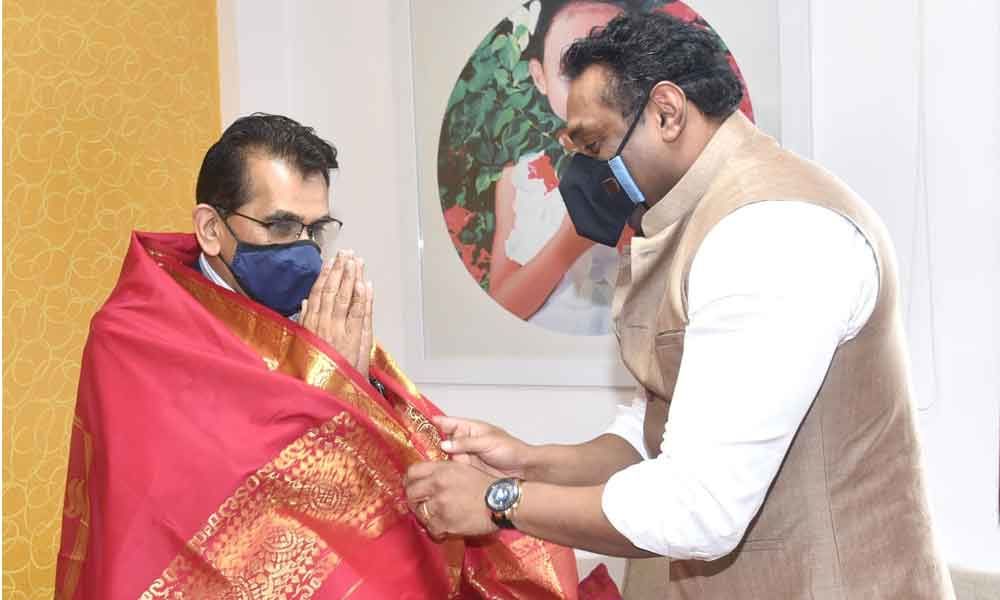