This anachronistic modesty doesn’t, however, extend to the book’s aims. Zoellick wants to do more than entertain us with our past national glories. He seeks to reawaken a pragmatic tradition in U.S. diplomacy: realism leavened with, in his words, “the belief that the United States is an exceptional, ongoing experiment, both at home and in international relations, that should serve a larger purpose.”

Zoellick wants to buck the 2020 trend of offering Henry Kissinger, and his insistence on seeing the world as a dark place where leadership is the agile making of dark choices, as the model for our age. His critique is subtle, even anxious — he repeatedly gives the nonagenarian his due, and then some. Still, Zoellick wants to push Kissinger, and George Kennan along with him, ever so slightly aside in favor of a pragmatism that considers American ideals and then asks what is possible — a view he attributes to William James and John Dewey as a “distinctive American philosophy.”

This project allows Zoellick to embrace the effectiveness of leaders as varied as Thomas Jefferson and George H.W. Bush. What it lacks is effort to wrestle honestly with failure — theirs, his or ours. The places Zoellick ducks offer a road map for the tough terrain that establishment foreign policy thinkers, and not just Republican ones, will have to traverse to find themselves at the helm of successful U.S. diplomacy again.

Strictly speaking, Zoellick’s “History” is not a history at all but a volume of pithily narrated vignettes intended to illustrate his core themes: the importance of pragmatic leadership that doesn’t lose sight of a few higher principles; the centrality of the North American continent; the interrelationship of economics and security; the value of alliances; and the roles of the public and Congress.

For a few hundred pages, this is good fun: Zoellick embraces Franklin and Hamilton, Lincoln and Roosevelt, but also manages to make his thesis encompass Jefferson and half-endorse Wilson. He locates the origins of the Cold War order in the interwar years and argues engagingly for the central contributions of four men who are now lesser known: Charles Evans Hughes for originating successful arms control, Elihu Root for international law, Cordell Hull for open trade, and Vannevar Bush for the centrality of science and technology to the U.S. global outlook. Those topics are, of course, unpopular with President Trump and his international affairs team. While Zoellick offers plenty of subtle criticism of their record, he does not explore how U.S. views on these issues got so catastrophically polarized or what might be done to restore enthusiasm for them, particularly within the party where he made his career.

As Zoellick pushes on through more than 450 pages of text, the selectivity jars: He lingers over John Hay’s attempts to preserve China’s sovereignty but skips past the Spanish-American War and the subsequent eagerness of the United States to suppress sovereignty in the Philippines and Puerto Rico. He gives an extensive treatment of the Monroe Doctrine as a European power play but very little on U.S. invocation of it to chase alleged communism in 20th-century Latin America. He considers Woodrow Wilson’s entry into World War I at some length but not the intricate diplomacy (and highly pragmatic, sometimes downright dishonest calculations) of Franklin Roosevelt’s moves toward World War II. Oddly, given Zoellick’s economic focus, he doesn’t consider the brilliant and intense diplomacy that birthed the Bretton Woods institutions — or the failure of congressional management that cost the United States the 1948 International Trade Organization, which would have included capital controls and labor rights in global economic management but didn’t pass the Senate.

These may be a reviewer’s cavils; Zoellick wrote the book, he gets to decide what to include. But then we reach the contemporary era. Or rather, we don’t — the meat of the book ends in 1990, with George H.W. Bush poised to achieve German reunification. (Zoellick pointedly notes that Bush chose to support the desires of his German ally over those of his new Soviet partner, Mikhail Gorbachev.) The Bill Clinton, George W. Bush, Obama and Trump presidencies get short shrift.

Zoellick, of course, did not spend those 30 years as a historian. He was U.S. trade representative, deputy secretary of state and president of the World Bank — as well as a lead global adviser at Goldman Sachs and a key voice in Romney’s 2012 White House bid. As such, he had a front-row seat to 9/11 and the diplomatic choices that followed around Iraq, Afghanistan and counterterrorism policy. He provides a judicious summary of how two presidents and their advisers waded, against their better judgment, into Vietnam. One wishes for that kind of critical insight about the forever wars and the choices made in the aftermath of the 2001 and 2008 recessions. Even more, particularly from leaders who cast their lot with the GOP, we are missing an honest assessment of decades of domestic politics that undermined arms control, international law, science, alliances abroad and the fabric of a diverse society at home.

If, as Zoellick writes, “the deepest tradition of U.S. diplomacy has been to advance America’s ideas,” what are we to do with the thorny relationship between those ideas and the lived reality of many people under U.S. rule? After our foes and allies alike have watched U.S. law enforcement kill unarmed Black men and bundle protesters into unmarked vans, some reckoning is surely necessary for pragmatic alliance management, to say nothing of actual commitment to the ideals in question.

Jefferson, at least for a time, struggled with the contradictions of his views on race. Some of FDR’s advisers (among them his wife) knew that his stances on Japanese American internment and Jewish refugees, while pragmatic, were deeply wrong. As Travis Adkins and Judd Devermont recently pointed out in Foreign Policy, Cold Warriors both Black and White were painfully aware of the contradictions of their ringing espousal of freedom.

Ducking these hard questions, and others, may be a tradition of U.S. diplomacy that contemporary life — with its need to form diverse coalitions at home and answer to empowered critics domestically and abroad — will no longer allow. Clinton, George W. Bush and Obama, each in his own way, sought to shine the light of U.S. values on some U.S. practices, while retaining a Kissingerian realism toward others. Zoellick makes a strong case that the story of the past can help us make the future better. But in the aftermath of a president who revels in U.S. hypocrisy, as this one does, returning to a polite silence won’t be sufficient on either pragmatic or moral grounds.

America in the World

Fri Sep 4 , 2020
Anchorage teacher Kelly Shrein welcomes 5th grade students to a live zoom session on the first day of school at Northwood Elementary in West Anchorage on August 20, 2020. Shrein says she was up until 11pm the night before responding to parents questions. (Mayowa Aina/Alaska Public Media) Between online learning […] 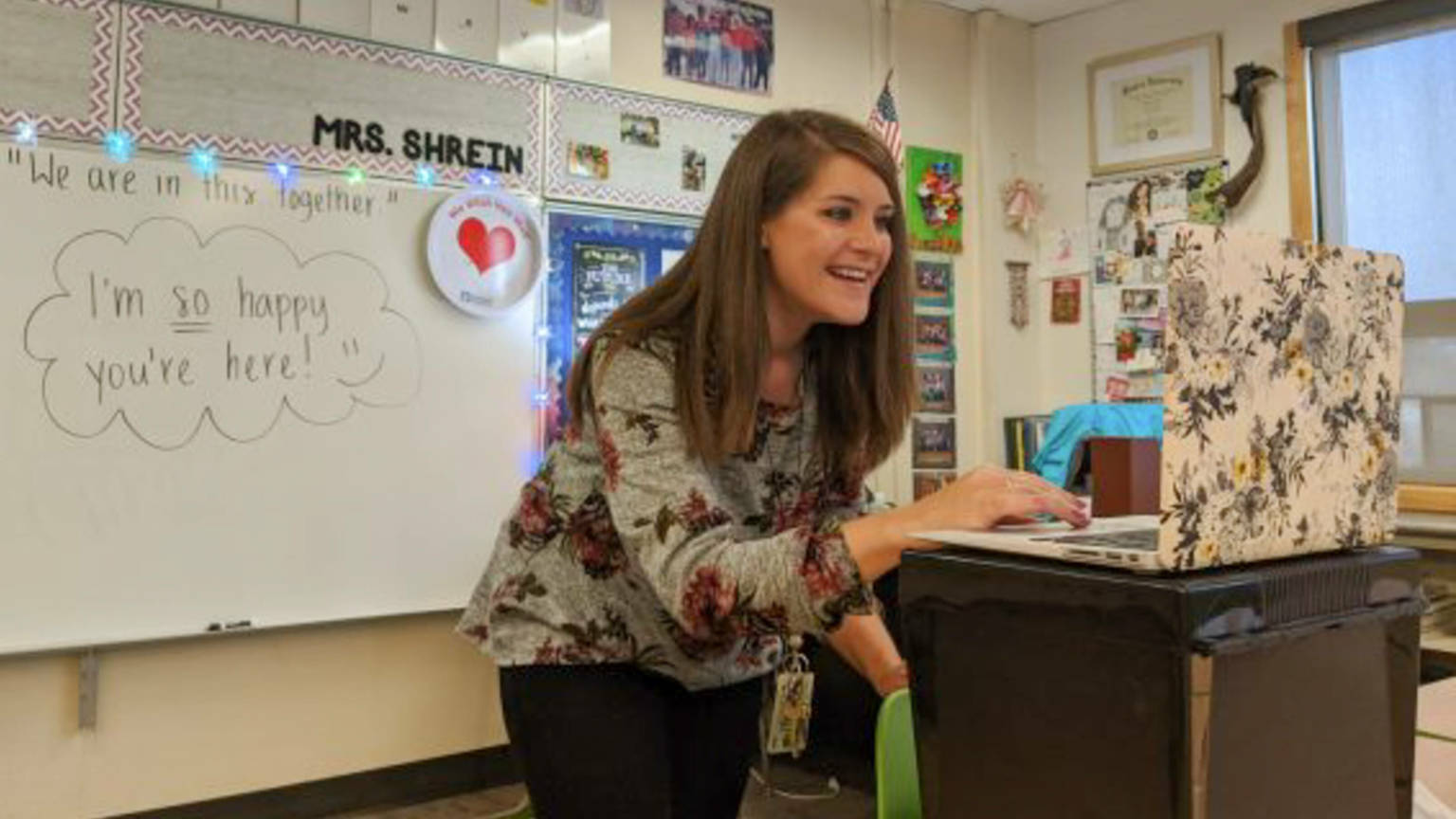