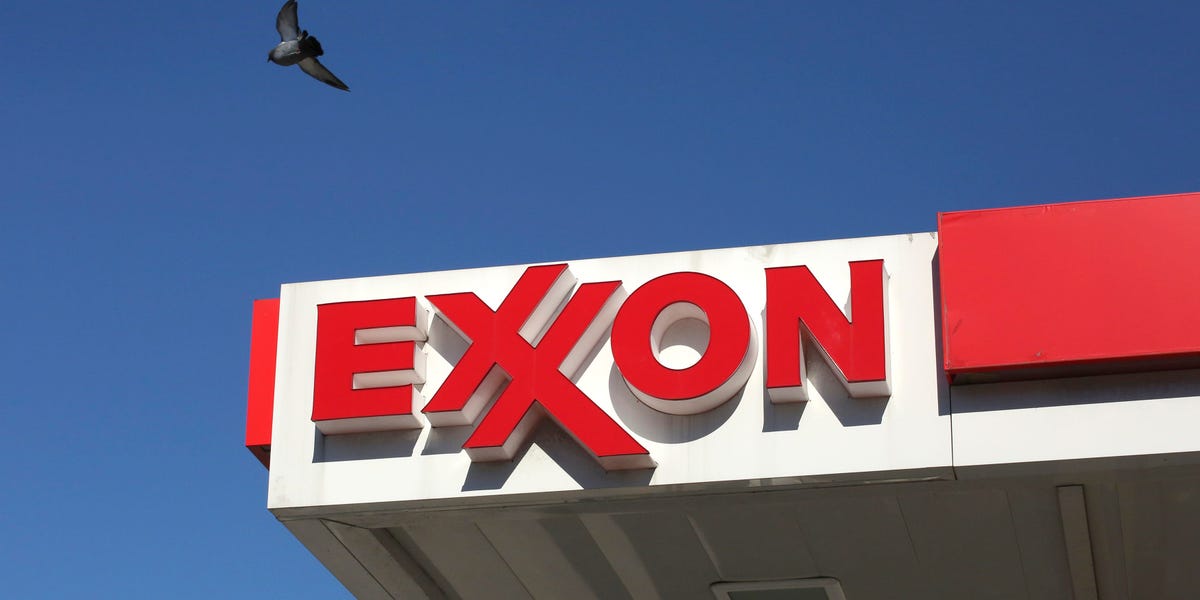 Under pressure to reduce costs, Exxon Mobil is restructuring its European operations, including cutting up to 1,600 workers across the region through 2021, the company said Monday.

Three internal memos and several slides from a presentation to staff in a major European city, obtained by Business Insider, provide fresh details on the restructuring — which is intended to help Exxon “regain industry leadership.” The firm’s market value is down more than 50% from the start of the year.

“Europe remains an important market for ExxonMobil, as evidenced by recent major investments,” Exxon said in a statement Monday. “However, significant actions are needed at this time to improve cost competitiveness and ensure the company manages through these unprecedented market conditions.”

In response to a request for comment, an Exxon spokesperson directed us to the company statement and said that local affiliates are handling questions regarding their operations. A spokesperson for Exxon’s operations in Europe also declined to comment beyond the statement.

A letter sent to employees in the European city on Monday afternoon indicates that about 1,300 to 1,600 roles across Europe will be cut. Some of the job functions will be replaced by positions in lower-cost regions like Budapest, Hungary, the memo and the presentation indicate.

About half of the roles in question are in the company’s fuel and lubricants (F&L) division, according to another memo, sent to F&L staff later on Monday. Cuts in the company’s upstream division, responsible for oil production, will mostly impact workers in Germany and the UK, per a third letter, sent to upstream employees Monday and obtained by Business Insider.

The staffing changes will take effect starting at the end of this year, according to the documents.

“We have determined that to remain strong, our structure in Europe must change,” the letter to upstream staff stated. “While we have had a successful history in Europe, we no longer have business drivers to justify our current footprint.”

Exxon cited significant challenges facing the oil industry in the documents. The price of crude tumbled this spring and remains down more than 35% from the start of the year.

Most large oil companies have announced sweeping job cuts in the months since, including BP, Shell, and Chevron.

Exxon, on the other hand, has largely avoided mention of layoffs this year. But as Business Insider reported in September, the company has been weighing job cuts in high-cost regions, including some European countries, as part of a broader restructuring.

The potential cuts are in addition to other strategies the oil giant has used to lower costs as oil markets fail to recover, such as tweaking its performance-review process, exposing more workers to cuts, and axing a handful of employee benefits.

Do you have information about Exxon? Send tips to this reporter at bjones@businessinsider.com or through Signal/text at 1-646-768-1657.

Since the price of oil collapsed, Exxon has been reviewing its operations around the world, through what it calls “study works.” The studies are taking place country-by-country and function-by-function, according to slides from a Monday presentation explaining how the changes impact employees in the European city.

Exxon’s announcement coincides with the conclusion of the European study, the company confirmed to Business Insider Monday.

Some of the roles at risk in Europe are likely to be eliminated entirely, according to an employee familiar with the matter. The employee requested anonymity for fear of retaliation. Business Insider has verified the person’s identity.

Other positions will be replaced in cities that have a lower cost of labor, the employee said. The practice is known internally as “migration.” Exxon said it has about 14,000 workers in Europe.

The restructuring will involve migrating some roles to Global Business Centers (GBCs) — “strategic sites for ExxonMobil operations in the region and globally” — in Prague and Budapest, the slides said. The centers can adapt to handle a wide range of different company activities, the slide said.

“Migrations are part of the continued efforts to deliver enhanced, cost-effective support through the proven GBC model,” one slide said.

Read more: Exxon has been quietly shrinking its workforce for months, and just warned of more cuts to come. Here’s everything we know.

Exxon workers in Australia have already been offered the opportunity to leave the company voluntarily in exchange for severance and outplacement services, as Business Insider previously reported.

Exxon said in Monday’s presentation that business units involved in oil production and fuels, in addition to lubes and chemicals, are “under significant pressure,” and so the company must take “transformative action.”

To reduce expenses, the company has already shrunk spending related to marketing, travel, consulting, and other “base level” activities, the slides show. Exxon has also delayed or canceled major investments, they indicate.

“While we have been working to improve our competitiveness, we will need to make further organizational changes to align with our regional activity levels,” the upstream memo said. “It could take several months to a year for decisions to be reached.”